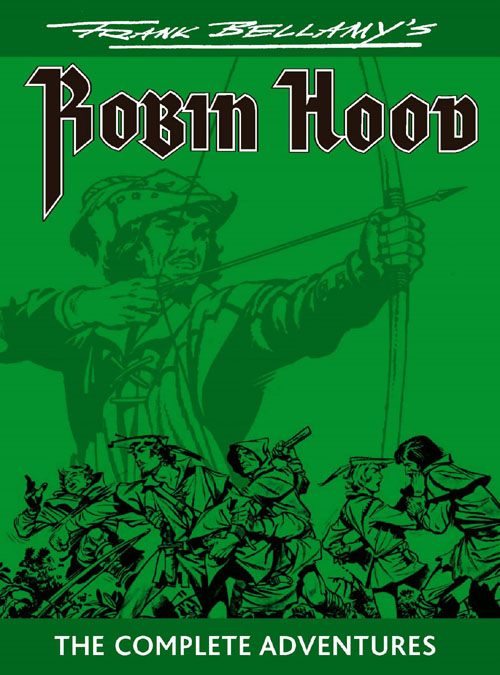 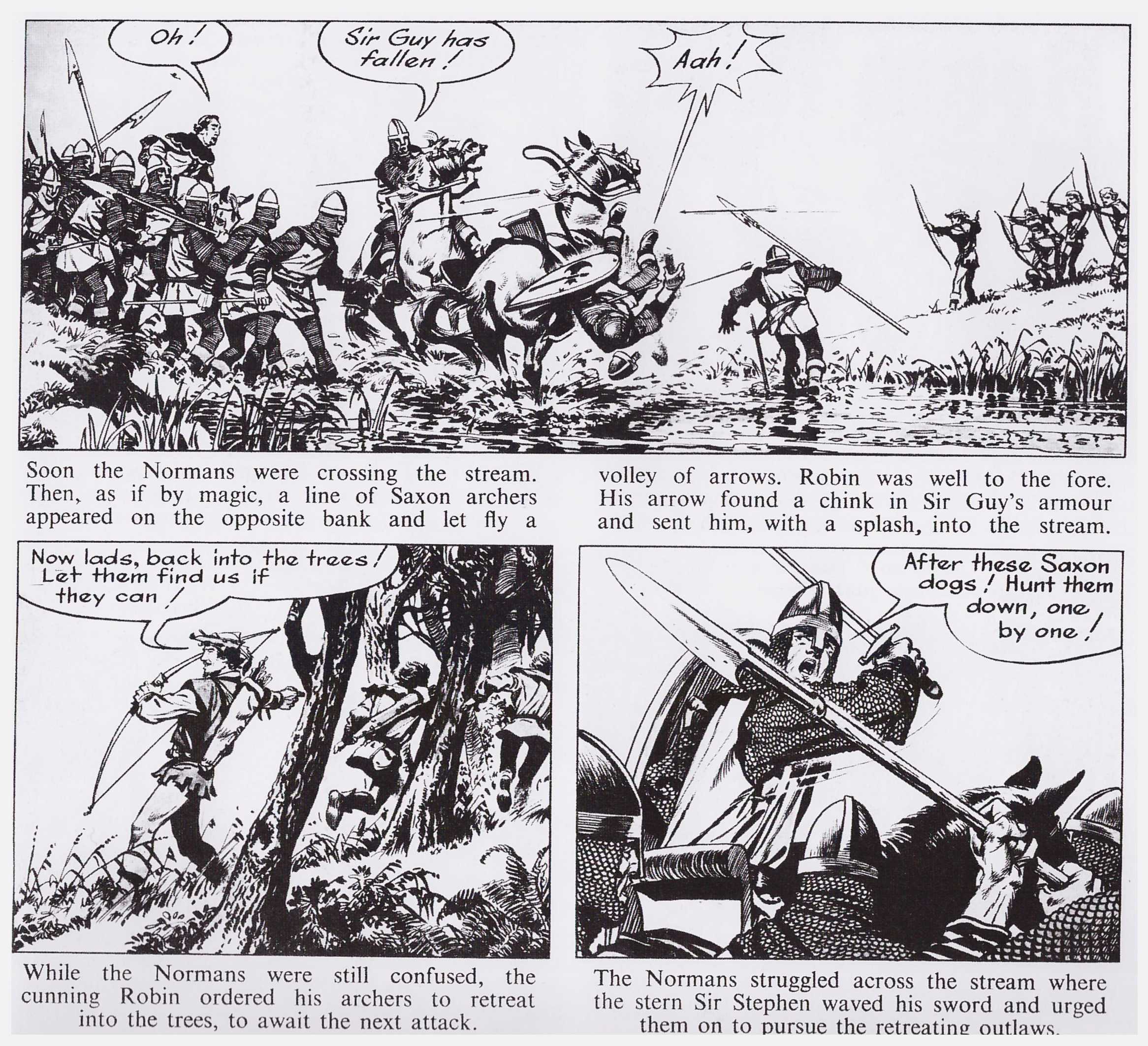 Having learned greatly from his first extended two page strip King Arthur and his Knights, Frank Bellamy’s next project for Swift in 1956 was ‘Robin Hood and His Merry Men’, also allotted two pages a week, to be rapidly followed by ‘Robin Hood and Maid Marian’, both collected here.

Steve Holland’s erudite introduction reveals Cliff Makin’s script to be adapted from a 1940 Robin Hood novel by Major Charles Gilson, himself a longtime contributor to boys’ magazines. It’s a simplified story competently told, but the wonder is the artwork.

The strip was intended for pre-teen boys, but despite his audience Bellamy cut no corners. Instead of having a standard face for all his cast, they’re individually designed and distinctive, his Sheriff of Nottingham memorably so. His characters have weight and substance, his scenes and detail convince, and the entirety creates a gang that any eight year old lad of the 1950s would want to join. Although constricted by an unwieldy format that demanded blocks of text beneath the panel as well as word balloons within, Bellamy’s art only rarely seems cramped. His battles are never reduced to a few representative combatants, with one early scene in a market place fitting fifty distinct people into a panel published at seven and a half inches long and just under three inches high.

The Book Palace opt for attractive vinyl coated covers in Sherwood green, but the digital remastering from the printed work leads to an occasional muddy quality. This, though, is a small price to pay for the experience of being able to see some classic work out of print in its original format for almost fifty years. Somewhat less explicable is page 83 missing in action, replaced by a page from later in the story.

Bellamy’s next work would be for The Eagle, and the pages on which his reputation rests were a few years away, as he experimented with panel layouts in colour strips. In Robin Hood, however, a developing Bellamy still achieves a standard many comic artists would be pleased to call a peak.