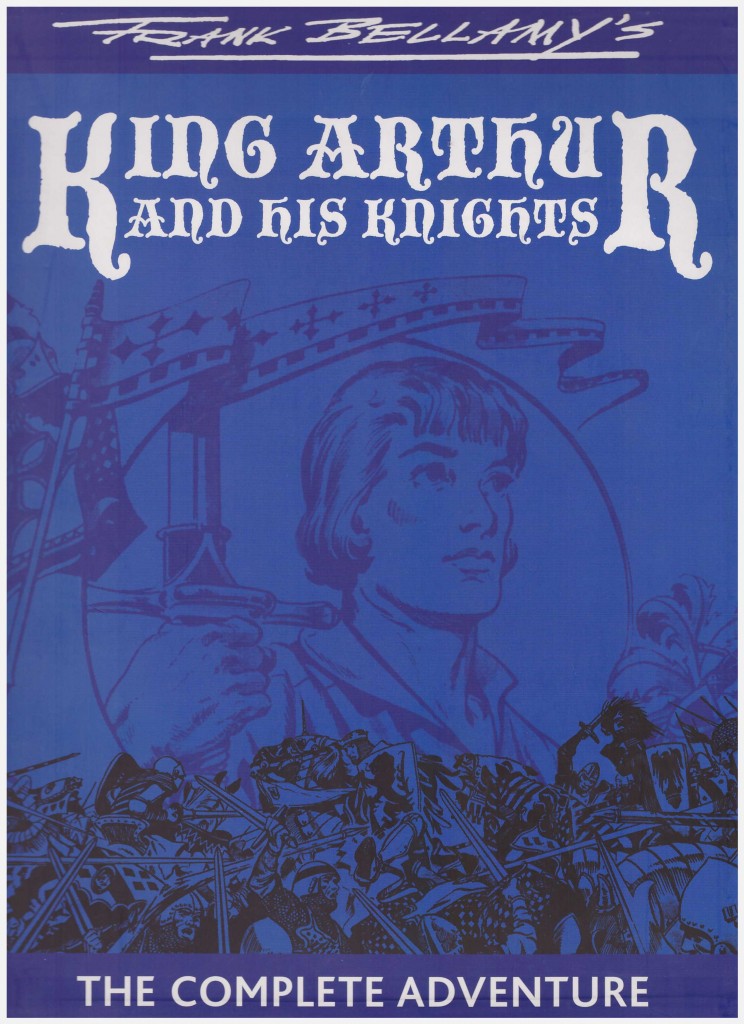 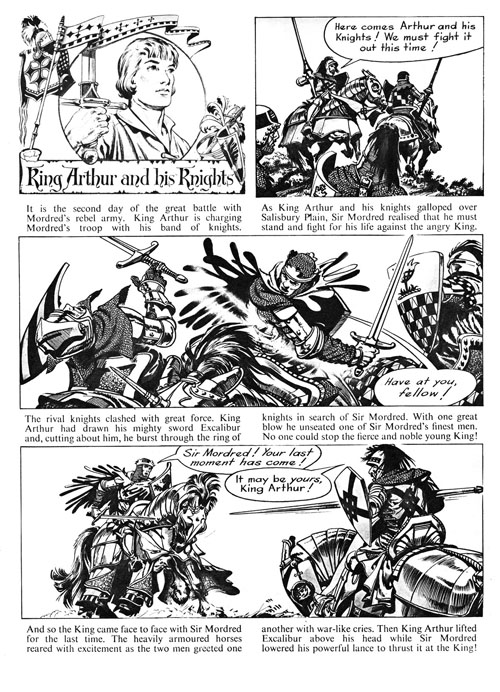 Frank Bellamy is towering figure in British comic art, yet little known outside the UK, having plied his trade primarily for children’s comics in an era before comic fandom, then dying prematurely as fandom evolved in the 1970s. His earliest strip work was for Mickey Mouse Weekly, but he rapidly decamped to Swift. It originated from the same stable as the legendary Eagle and shared that comic’s high standards while being aimed at younger readers. This attractively packaged volume, with blue vinyl coated covers, collects the first long-running strips Bellamy produced for Swift, both scripted by Cliff Makin.

‘The Swiss Family Robinson’, produced in 1954 and 1955 isn’t reprinted in its entirety, possibly because it’s pedestrian, very cramped at ten panels to the page, and merely a representative curiosity being the beginnings of a master. Given two pages per episode for the story of ‘King Arthur and his Knights’, Bellamy flourished. His instinctive storytelling talents are apparent from the start, and by the time he completed the strip in 1956 all the initial awkwardness of his figures has evaporated. Bellamy never stinted on the detail, with his heraldry and armour utterly convincing, but hadn’t yet entirely learned how to avoid his panels having a cluttered look. This however, is a small price to pay for witnessing the growth of the artist’s cinematic awareness.

The wonder of the King Arthur strip is all in the developing art, as the story is ordinary, rendered downwards for the young audience and focussing on little other than the beginning and end of Arthur’s legend. Both strips suffer from the awkward format intended for pre-teen readers, combining word balloons within the illustrations and blocks of descriptive typeset text beneath. This affliction carries over to Bellamy’s next work, Robin Hood, where he again takes great artistic strides.