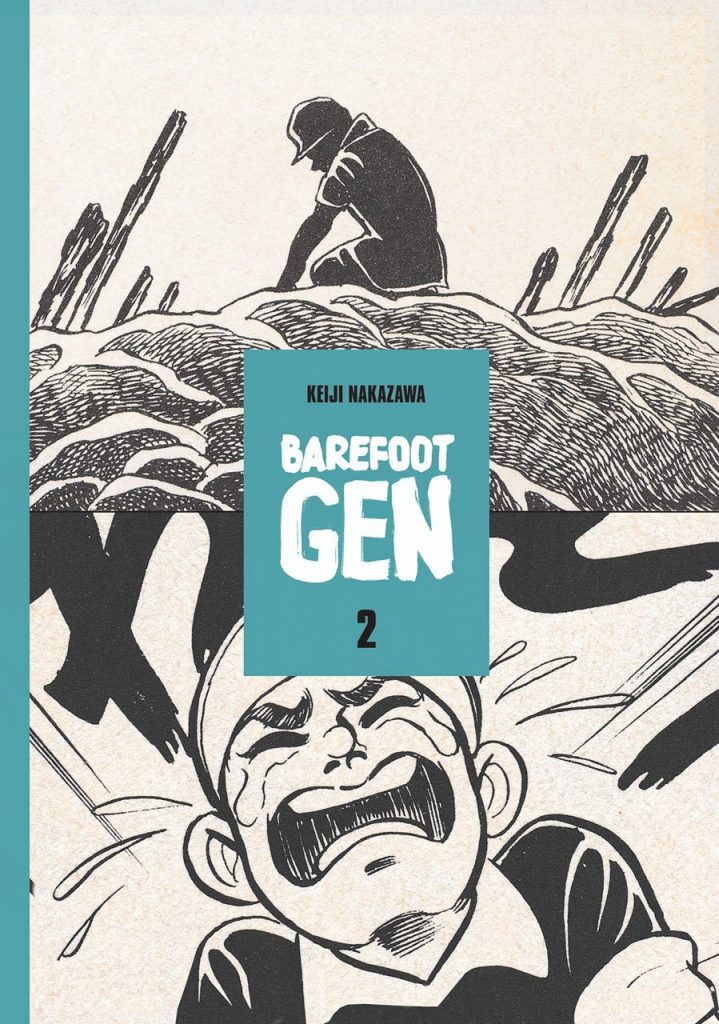 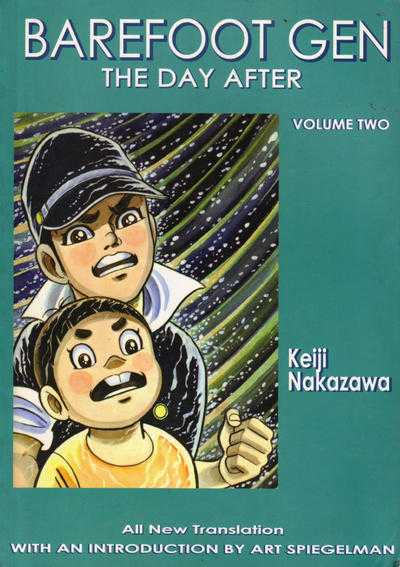 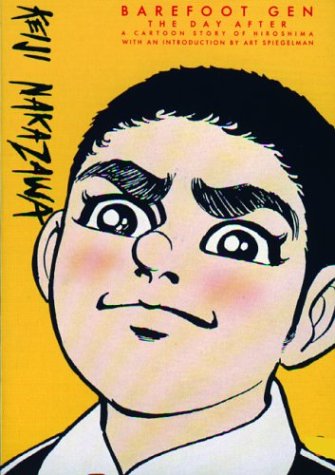 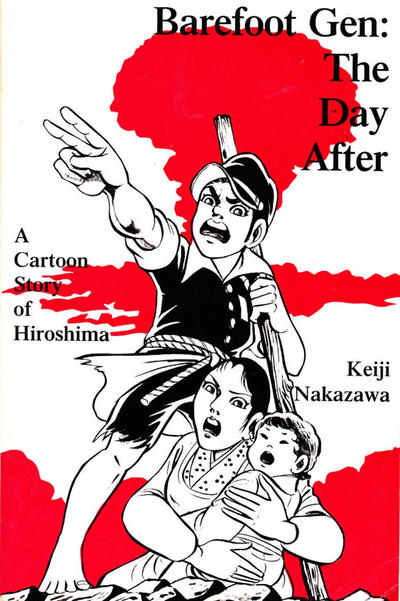 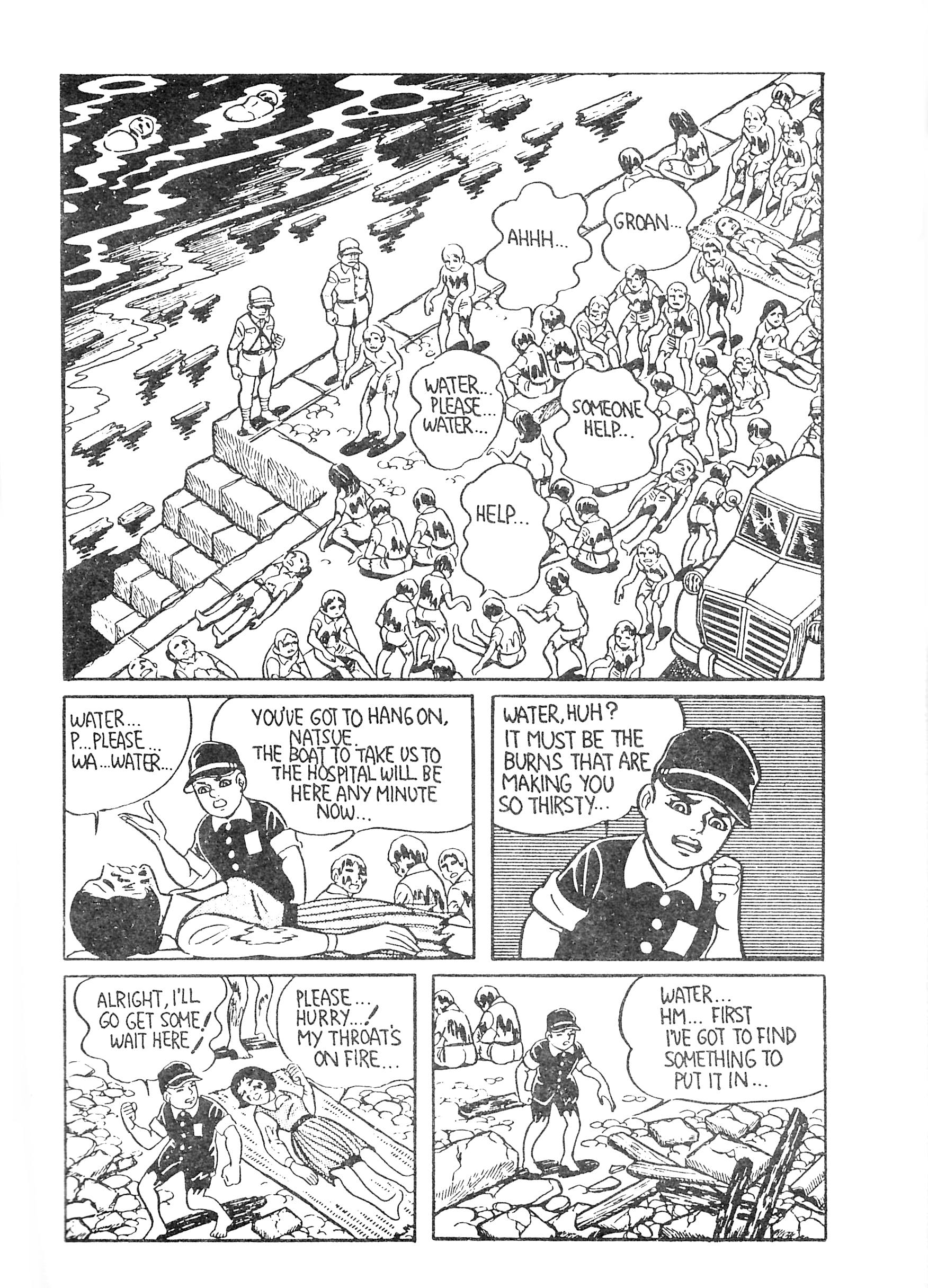 The Day After begins with an image lacking any nuance, so freakish it’s almost something from a poor horror comic, yet subtlety isn’t Keiji Nakazawa’s intention, which is to hammer home the horror of Hiroshima the day after an atomic bomb was dropped in 1945. The result was people walking about whose skin had melted and was hanging off them, as seen to end Barefoot Gen 1. What an unimaginably terrible sight for anyone to witness, never mind the child Nakazawa was at the time.

He’d also just seen his father, sister and younger brother die in a collapsed house and helped his mother give birth, and Nakazawa is unforgiving in cataloguing the horrific deaths. To escape the blast families leapt into their household cisterns and were boiled alive, yet if having to rank atrocities that was surely better than the lingering deaths lasting days enduring agony because medicine ran out early. The surviving medical staff are forced to make decisions on who it might be possible to save with their dwindling supplies. When Nakazawa’s avatar Gen discovers his hair is coming out in clumps he naturally enough assumes he’s shortly going to die, again nothing any seven year old should have to go through.

There’s cause to be thankful for Nakazawa’s cartooning, as there’s no comfort to be had from The Day After. Nor should there be. Even with the cartooning distancing the effect to some degree, this still ranks among the most horrific stories ever published in comics. When the bomb dropped Hiroshima’s population was just under 350,000. Around a quarter of the people died almost instantly, and another quarter would die from their injuries over the next few days, among them over 90% of the city’s medical staff. Just under 70% of buildings were destroyed, leaving a vast amount of people with no help or resources, and while observing the chaos around him Gen is also attempting to find some food for his mother.

Coincidental parallels between Hiroshima in 1945 and New York in 2001 can be seen, people leaving signs and posters asking for the whereabouts of loved ones, and in this case also letting them know where others have gone. As in New York strange rumours spread, although in Hiroshima with morbid undertones, such as the belief that a powdered skull is a form of protective medicine. That feeds into Nakazawa also acknowledging the mental confusion among people who initially survived, who can’t process the instant death and devastation. Although Gen has seen his younger brother die trapped in a burning building, he fixates on another child, believing it’s his brother Shinji.

Heartfelt, harrowing and profoundly upsetting, The Day After is incredibly powerful and deeply uncomfortable reading. Nakazawa has a point to make, in a story not written as any form of entertainment, but as witness testimony, and there’s no misunderstanding it.

When Barefoot Gen’s English translations were reorganised into standard editions, The Day After was expanded to include the first fifty pages of subsequent volume Life After the Bomb. These resolve the situation with the boy who resembles Shinji and begin the grim story of Gen and his mother looking for shelter.