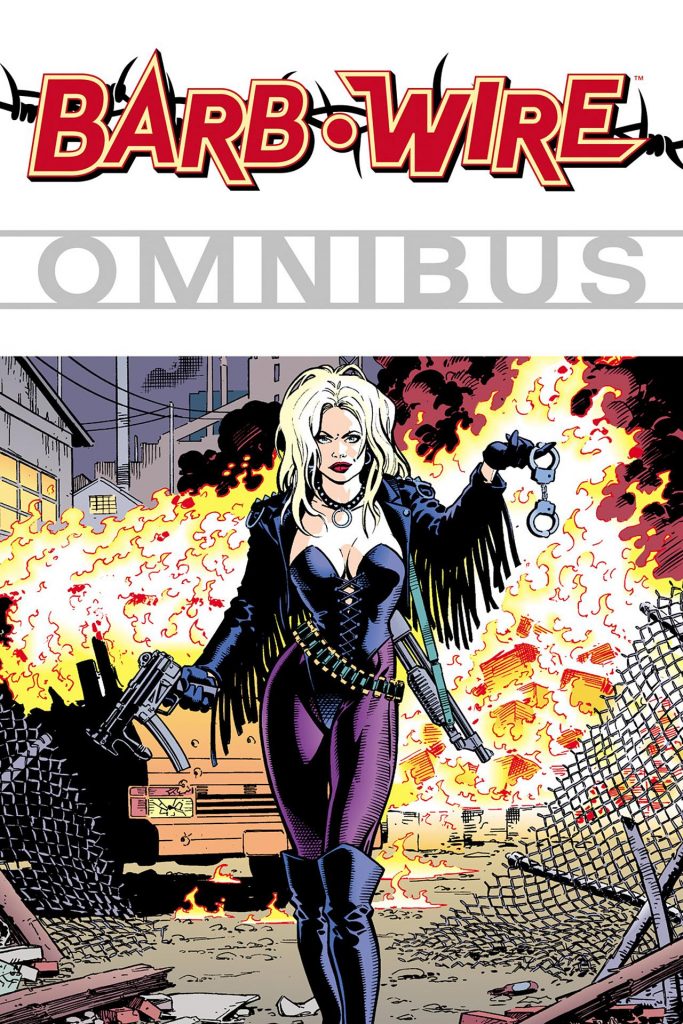 To anyone knowing Barb Wire was the breakout character from Dark Horse’s 1990s experiment with superheroes (collected as Dark Horse Heroes Omnibus), even making it to cinema screens, it may surprise how poorly served she’s been by collections. The only previous one was the random four issues stitched together as Barb Wire for the film’s release. They’re also part of this collection, but make a whole lot more sense when surrounded by stories that lead the subplots in and pick up on them.

Barb Wire is a bounty hunter with no great concern if there’s the odd superhuman among those she hunts. She operates from the bar she owns in Steel Harbour, a rundown blue collar town, and has the occasional help from the Machine, able to control electrical systems by connecting with them via the conduits embedded in his body.

As written by John Arcudi and drawn by Lee Moder, it’s easy to see why Barb Wire took off. Arcudi’s plots are strong, high on inventive action and present a no-nonsense brawler able to mix it fearlessly with whoever she comes across. While her pink jacket and chest band ensemble is ridiculous, Moder avoids objectifying her too much, and presents the action in a sub-Adam Hughes style that’s strong on posture and expression. Following artist Dan Lawlis (sample art left) is little stiffer with his figures and more inclined to move the viewpoints in closer, but it works on Arcudi’s plots, which continually expand the cast both friendly and villains. His subplot with the Machine, a sort of equivalent to Deathlok, works well, and Barb herself transcends the obvious. When Mike Manley takes over the art, however, standards slip, picking up again with Andrew Robinson. He’d later restrict himself to cover illustration, so it’s interesting to see the impressive raw talent of the younger artist. Robert Walker is also a work in progress, but almost improves by the page.

If there’s a downside to Arcudi’s plots it’s that Barb often becomes lost in the problems of others sharing her page space, which isn’t the case for Chris Warner’s following ‘Ace of Spades’ story. Time has moved on, during which the gangs of Steel Harbour have negotiated a theoretical truce, but an old enemy in a new form is intent on ensuring war breaks back out. Warner’s a good writer and an excellent artist, if one whose remit was to accentuate Barb’s physical attributes. He replaces the ludicrous pink WWE outfit with a better looking dark blue bustier, long purple coat and high heeled boots combination, which is equally unsuited to Barb’s trade as a bounty hunter. Despite objectifying Barb, Warner is an artist to salivate over. His layouts are exemplary, he gives his cast a personality and he moves events along at a pace. He makes good use of the relationships Arcudi built up and he strings readers along well, so don’t expect the major convenient revelation common to superhero stories.

Move past the objectifying outfits, and both Arcudi and Warner’s versions of Barb Wire offer decent action thriller plots with a side dish of super villains that remain readable all these years later. Just in case your expectation is for every early Barb Wire story, be warned that it misses her introduction, found in Dark Horse Heroes Omnibus. 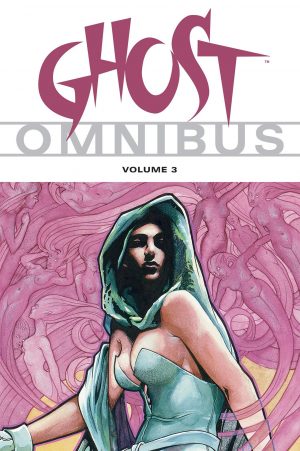