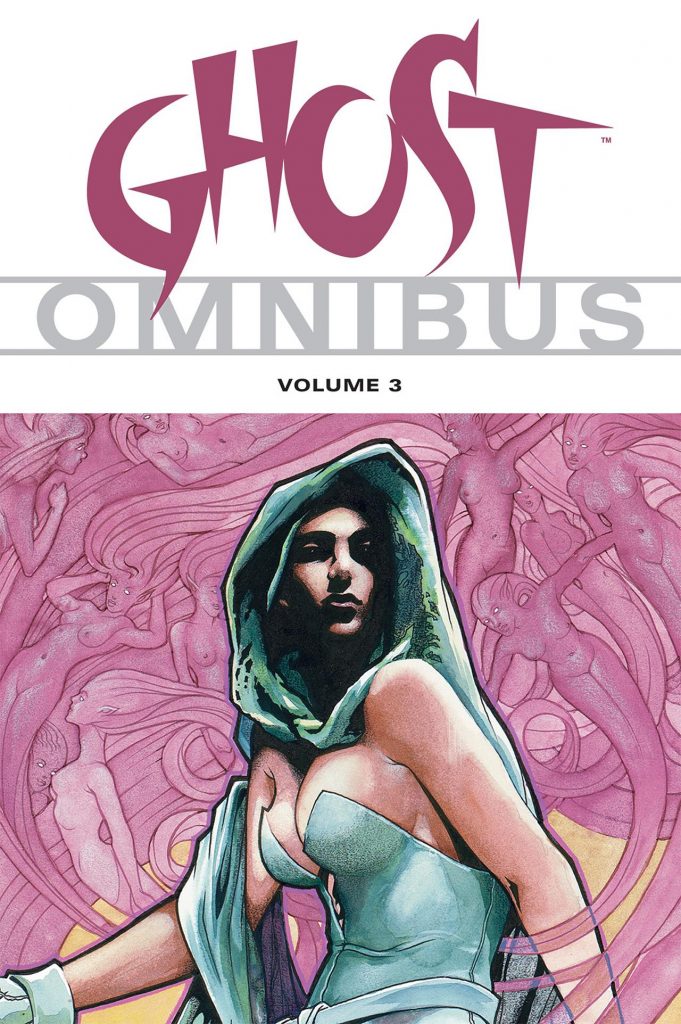 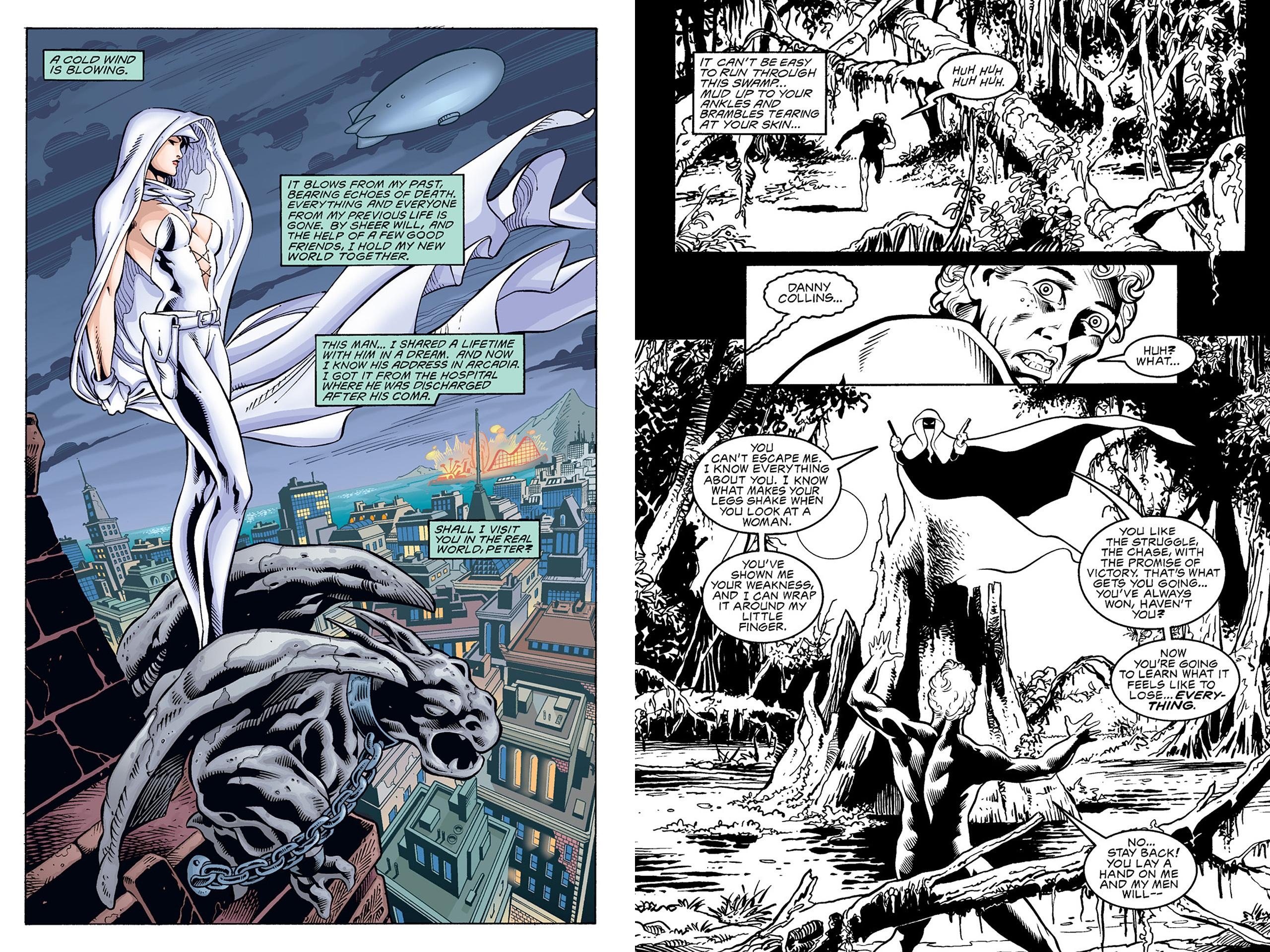 Ghost Omnibus 2 ended inconveniently on a cliffhanger, or, to be precise, a chain hanger, with Ghost hanging from her feet and pierced by a blade of jade, the one substance impervious to her, and that’s a story wrapped up very rapidly in an overwrought manner.

Ivan Reis draws much of this collection, and as seen by the sample art (left) he’s come on in leaps and bounds since becoming series artist in material reprinted in Ghost Omnibus 2. He can lay out a stunning looking story, and the progress is underlined by the notion that even by this early stage in his career he’s not shamed by comparison with some of the giants who drew early Ghost stories. If a reminder is needed, Adam Hughes is back as cover artist for the original comics collected here. However, whether via his own inclinations or editorial instruction, under Reis’ watch what has always been a series with a small cheesecake element suddenly sheds all pretence of being anything else. All women are now the subject of fantasies, frequently naked, and further objectified even when clothed. Writer Eric Luke shares the blame here, specifically writing scenes that feed into this, such as Elisa and her equally attractive friend shedding their costumes “to strip away any defenses that are still getting in the way”, as they consider questions that need answered. “You don’t have to worry about anyone seeing, judging wanting…” says Focus. Apart from drooling readers that is.

This could all be considered so much nonsense were Luke in the same story not trying to make a point about attempted rape and sexual exploitation. By all means produce sex comics, but not in this sleazy manner. It’s amid a story in which Luke employs some cheap sensationalism by returning a character from the past in changed form. Having guided Ghost’s destiny for much of his career to this point, Luke’s seemingly attempting to tie a few things up in his final regular series story, but it’s in desultory fashion.

Luke may have lost interest, but he’s good with mood, and that’s not duplicated by the remaining writers. Respected European graphic novelist Martin Lodewijk sweeps away much of Luke’s background in a single narrative caption. His plot fits the tone of the series without offering anything new. Tom Sniegoski, then Lee Swank manage that, but without the consideration of whether Ghost fighting giant insects is really what the audience want. Both their stories come across as extended versions of the shorts found in the mystery anthology comics of the 1970s. Luke returns for a swansong and brings the mood back with him, along with a viable and purposeful plot, although whatever he was smoking when he came up with the ending should be avoided at all costs.

H.M. Baker illustrates almost everything not drawn by Reis, and while not always as eye-catching with his page designs (although certainly having his moments) he’s in no way poor, and his Ghost is less sexualised, which is welcome. The stories he’s called on to illustrate have a greater variance of tone and location to them, and Baker’s art also works well in black and white for the final tale. The other story artist involved is John Cassaday, early in his career while still learning. There are some stiff figures, and while some individual illustrations are beautiful, in places a concentration on that affects the storytelling.

Despite the good art, this is a weaker selection than the previous two books. Ghost Omnibus 4 picks up with a relaunched series featuring other creators. 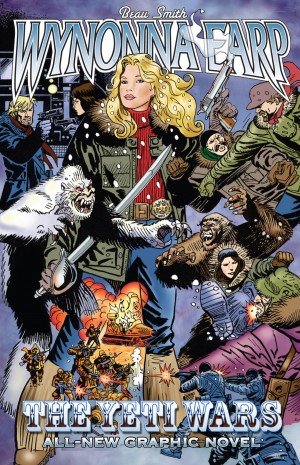