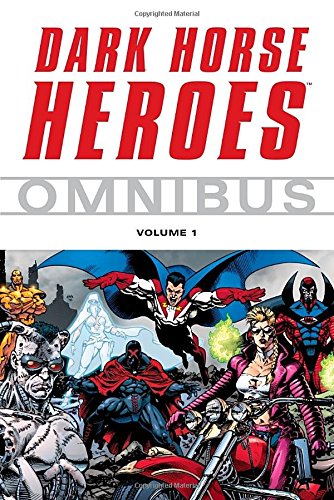 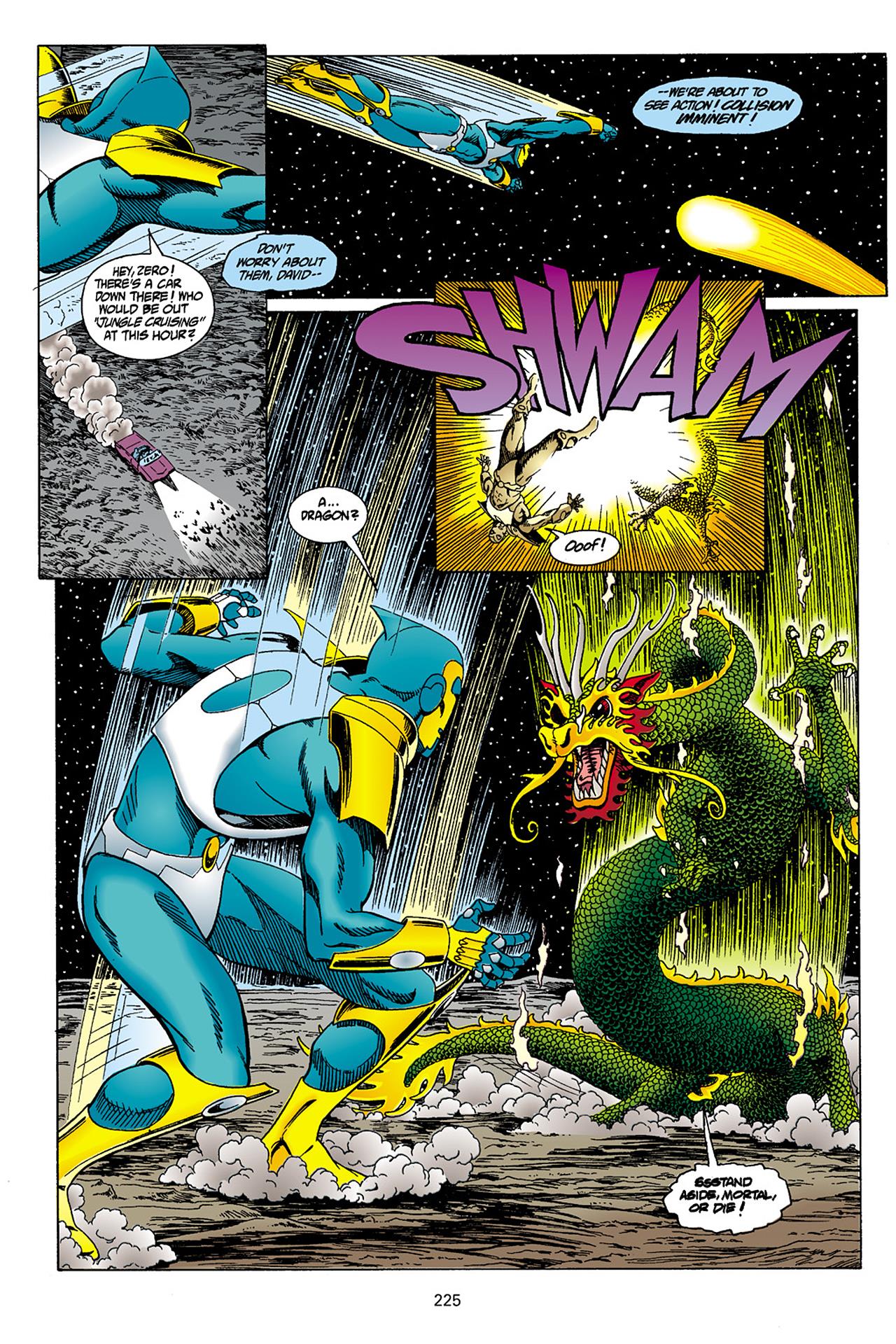 In the late 1990s Dark Horse had been in business for over a decade, their growth due primarily to high quality interpretations of licensed material. Yet this was in a market still overwhelmingly sustained by superheroes. It was time, the company decided, to introduce a line of crimefighters.

Four very different locales provided the settings. There was the corruption endemic in Arcadia, the decaying industrial diaspora of Steel City, the futuristic architectural wonder of Golden City, and the top secret scientific base, The Vortex. Four fifteen page tales spotlight each city, all containing continuing elements, and introducing the core players. Punctuating each is the story of a spacecraft arriving in 1940s and concealing itself, and alien beings observing the progress of the characters.

Some of these are very much of their era, such as Golden City’s Rebel, at the time hyper-modern, now looking ridiculous with his mohican, pony tail, red shades and open-chested costume displaying a heart tattoo. Others have the whiff of unrealised potential, particularly the tormented Motorhead.

In terms of art, the best creators were assigned the covers that sucked people into the original comics. There are name artists, but most not yet what they would become (Adam Hughes on Ghost for instance, although still good), accompanying an awful lot of average and occasionally substandard work. Paul Chadwick and Eric Shanower (sample art) stand out. There are some interesting twists in the writing, but as with the art, this is among a significant amount of pages with nothing more than testosterone-fueled brutes beating the crap out of each other, amid self-analytical thought balloons.

The most interesting segment overall is Chris Warner’s work on Steel City. With Barb Wire, the Machine and Motorhead it presents the most intriguing collection of characters, and in Paul Gulacy, Ted Naifeh, and Warner himself it’s the best assembly of artists, although Vince Giarrano doesn’t quite match them.

Editorially this is a puzzling collection. A series titled Out of the Vortex followed the introduction of these new characters. It was no masterpiece, yet omitting it in favour of an eight page blow by blow text summary is odd, particularly as this book is subtitled ‘Volume One’. There has been no second volume, most likely because all that remained before the more successful characters divested themselves of their companions was another series titled Agents of Law, actually quite good, and also absent.

Will to Power preceded that, and follows the template of spotlighting each city and its heroes, every location featuring a new creative team and introducing further new costumed heroes. The core character is Superman stand-in Titan, now deceived and falling to pieces, his history revealed in one page segments by Mike Richardson and Brian Apthorp, well inked by Mark Farmer. Jerry Prosser and Mike Manley start the series well enough, but the art is very patchy thereafter. Some artists, like Terry Dodson, would rapidly improve, others have barely been seen since. The plot Will to Power improves on the introductory segments, here gathered as World of Power and progresses to a suitably desperate situation with Chris Warner now supplying solid layouts and Randy Stradley delivering a widescreen finale.

Of the characters introduced Ghost would become a success by any terms. Still viable, her adventures occupy three omnibus packages. She may not have proved as durable, but Barb Wire was well enough received to prompt a movie, and X also hit the spot for a brief while. A few other superheroes introduced in this material were seen in those titles, but didn’t catch on.