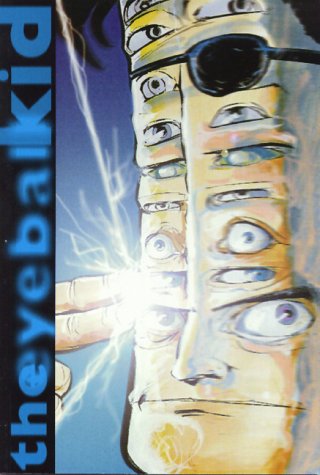 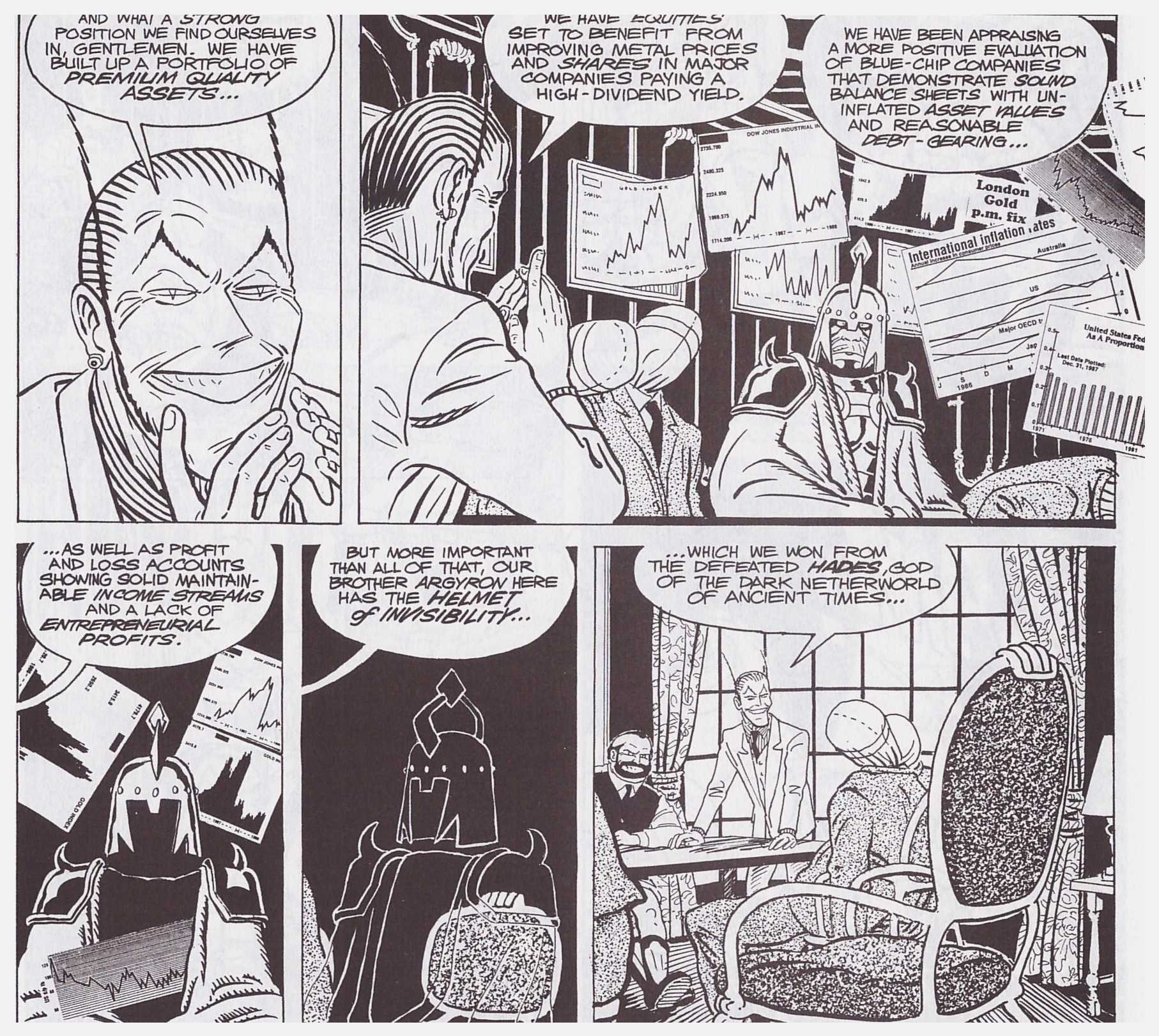 The fourth volume of Bacchus, completely bypasses the God of wine and revelry, instead focusing, as the title suggests, on the Eyeball Kid.

Eddie Campbell’s Bacchus is the story of a handful of Greco-Roman gods who survived into the Twentieth Century. The Eyeball Kid, ‘Joe’ Theseus and others, sensing it might be their latter days, returned to unfinished business, and trying to secure their future. Bacchus, on the other hand, preferring to enjoy the present, and stories of the past, toured the Greek islands, as recounted in Doing the Islands with Bacchus.

The Eyeball Kid is a minor Olympian who inherited massive power by means not all consider legitimate. Others coveted that power and the Telchine brothers, (The Gods of Business from volume two) concocted a plan involving the Stygian Leech. Here we find the Eyeball Kid wandering the streets, lost and confused, until fate, as the Olympians like to put it, offers him an opportunity.

It’s not clarified whether The Kid is literally on stage delivering a one man show, or if that is just a device to have him talk to readers directly. Much of the sections with the Kid are very subjective, taking place inside his mind, or a mirror, or even inside the Stygian Leech itself.

The Telchines kept a low profile. In fact their fanciest power is invisibility. As we found out in volume two, though, they had key roles in some defining events, from the ascension of Zeus, through to the final rebellion in the underworld. They ‘acquired’ much of the wealth of Olympus and now have a massive business empire. Indeed, their latest plans for the Kid are to make him a prisoner of consumer dependency!

The last key character here is Hermes, the god of transitions and boundaries, herald and messenger to the gods. He had a contract for the underworld, which the Telchines messed up. Hermes takes his commitments seriously – just like a modern postal service, you’ve got to have total confidence or it’s useless. So he’s got a score to settle with the Telchines.

Having finished Campbell’s art in accomplished fashion for volume two, Ed ‘Ilya’ Hillyer takes over complete art duties. It’s good work, and a fairly smooth transition. He uses fluid brush lines for the foreground, with fine lines giving an impressive level of detail and exactitude in the rest. He’ll try different techniques when appropriate, and it usually works well. There are a number of panels with photos or old engravings pasted in, and the jagged lines and multiple out of register drawings, of electrocutions, are a highlight.

The visualisations of the Olympians in the 1980s are great: Hermes a well groomed rock’n’roller; Chryson Telchine a sharp dressing yuppie; and his brother Chalcon, still looks like a Metal fan biker – even in a suit!

The book ends in fine style with a climax, that leaves us wondering if key characters will survive and return. Olympians in the 20th Century is still a great idea, and it’s delivered again with wit and style. There’s a lot of back-story in earlier volumes, but this is focussed on the present. The Telchines, with their wealth and ruthless business sense, are a commentary on the power and money hungry 1980s. In the years after the 2008 financial collapse, when people ask who’s got all the money – it’s just as relevant today.

The tale continues in Earth, Water, Air and Fire, and all five volumes to date are collected as volume one of the Bacchus Omnibus.