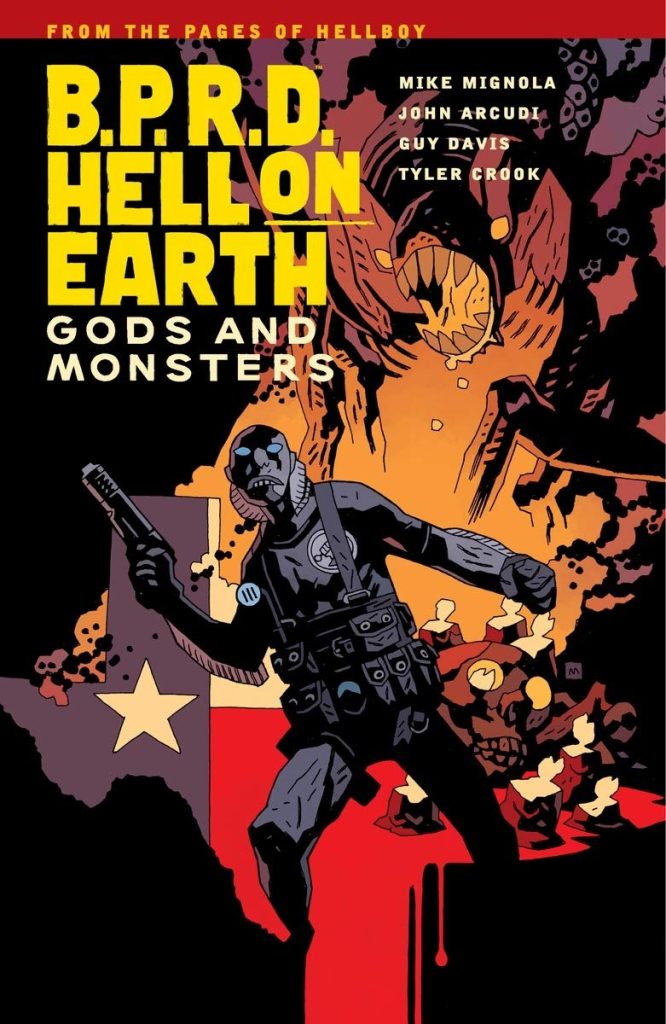 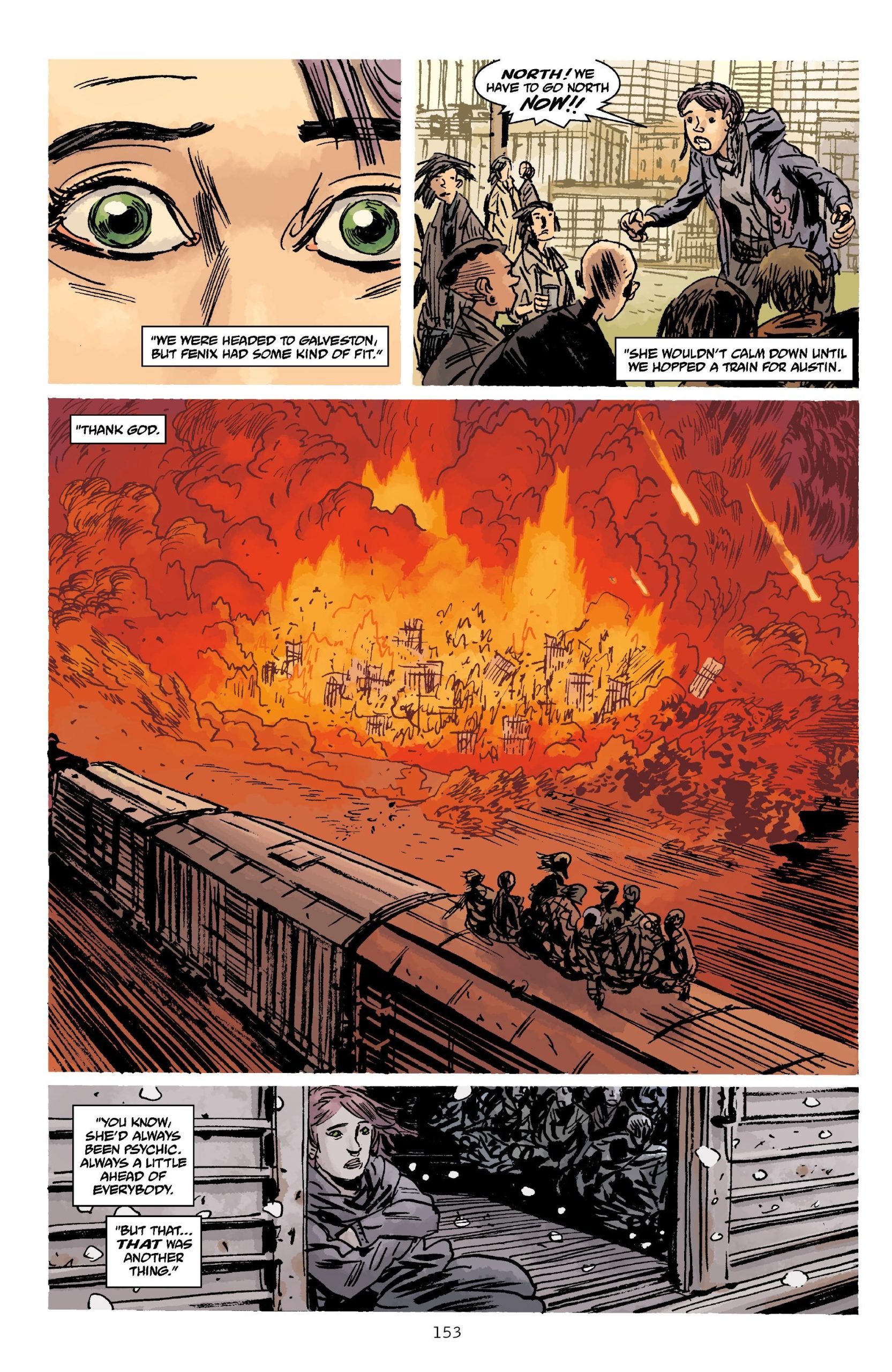 By the time of Gods and Monsters, humanity in the world in which the Bureau for Paranormal Research and Defense exists has endured vast changes. Some cities and other areas are now completely uninhabitable, and the previously unimaginable is known all over the planet. The B.P.R.D. are now funded by the United Nations, and the events of New World drove home the horrors.

This volume combines two primary stories with a short, beginning with the introduction of Fenix in ‘Gods’. At sixteen the weight of the world is on her shoulders, leading a group of refugees and with her formerly mild psychic abilities now greatly amplified. Plotters Mike Mignola and John Arcudi perhaps underline the part she’ll play in the future by devoting the entire opening chapter (of three) to her activities while also dealing with the festering dislike between Abe Sapien and Agent Devon. It’s now impacting on B.P.R.D. business and has a surprising and very good resolution here.

The downside of ‘Gods’ is it marking Guy Davis’ last regular art on B.P.R.D. His style differs greatly from Mignola’s own on Hellboy, but the cast have been defined by him so well for so long, trepidation about what’s to follow is natural. What follows is Tyler Crook, then new to comics, and at first trying too hard to match Davis’ style, but he’s an amazing discovery, and a fair leap of faith from Mignola putting his trust in an artist so early in his career. However, Mignola’s instincts have always been sound.

Crook starts with the ‘Monsters’ portion of the book, which returns another B.P.R.D. favourite unseen since the Hell on Earth relaunch. Liz Sherman still lacks inner peace, and that’s hardly resolved by her return home to the trailer community. Mignola and Arcudi allow a few glimpses of what’s going to elsewhere, mentioning the lead into the following Russia, but this is Liz’s story, and in terms of what happens it’s one of the most unpleasant to run in B.P.R.D. for having humans responsible for atrocities, not any form of monster. That isn’t the whole story, but it’s more disturbing than abstracted monsters. However, in terms of what B.P.R.D. is, it’s also irritatingly slight and clichéd in reminding us Liz is still around. It’s slightly redeemed by a disturbing ending, but the truth of it is something for the future. 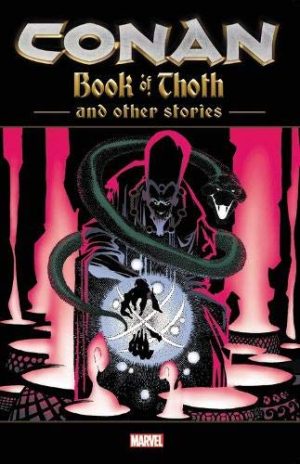 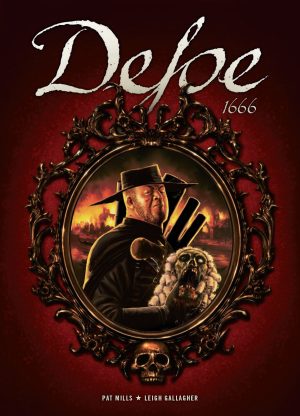 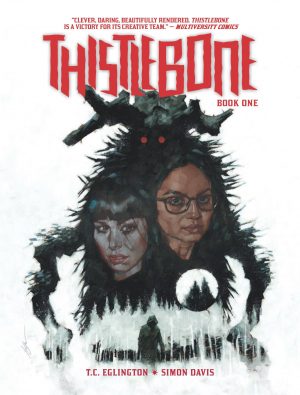