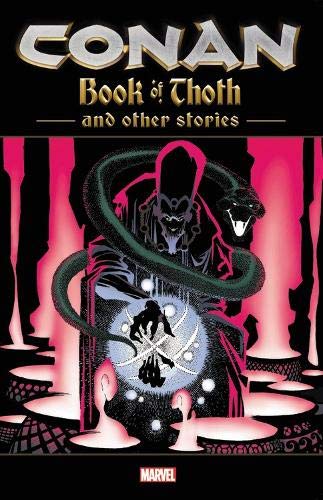 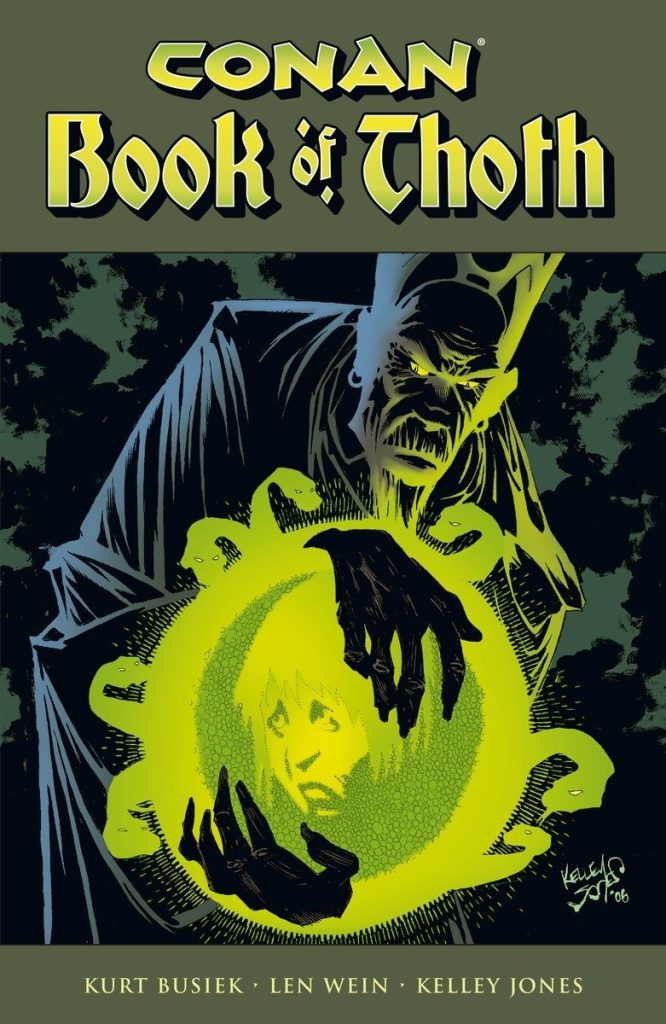 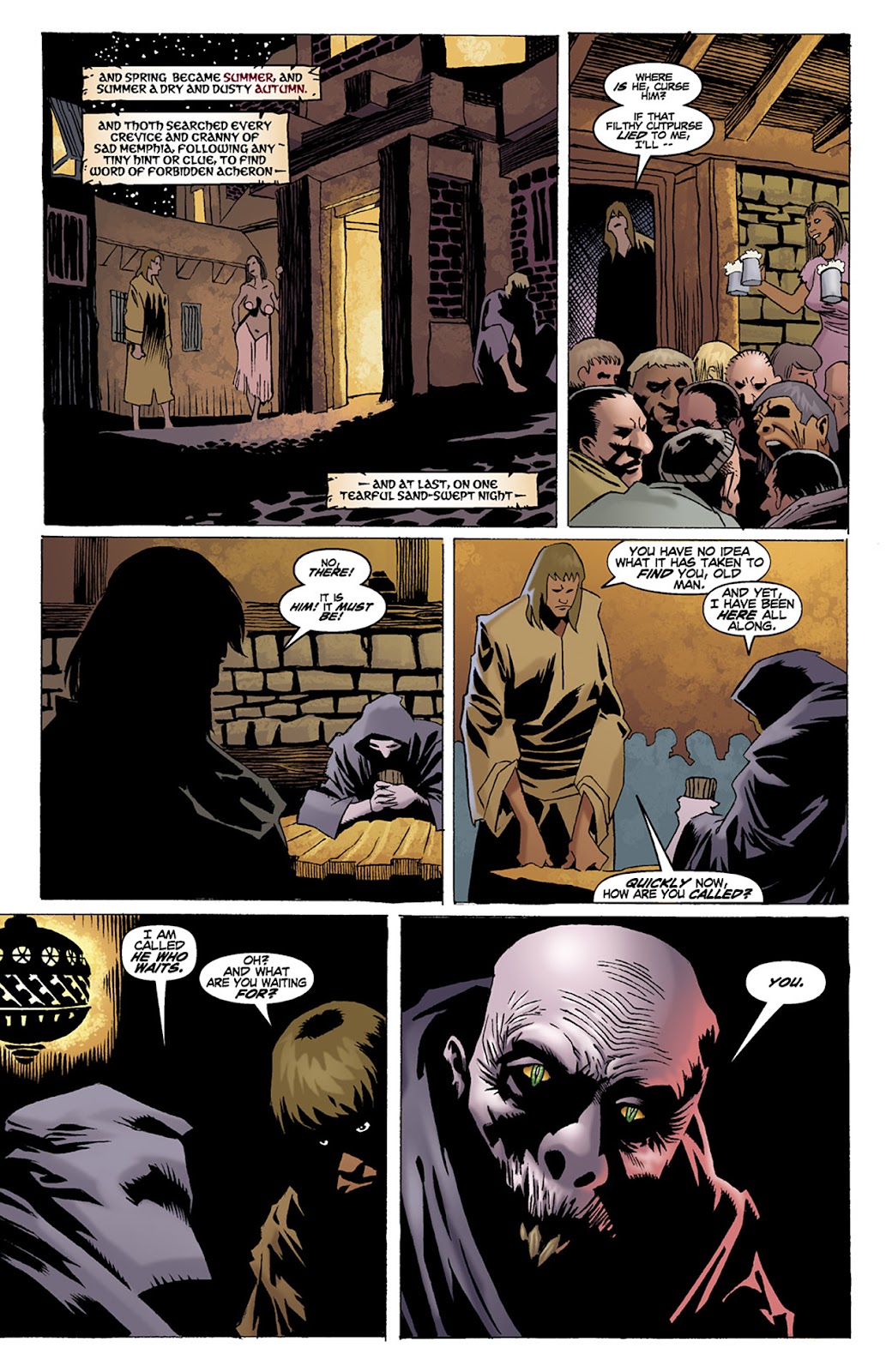 When Conan comes across a sorcerer brawn trumps magic, and few of them survive the encounter. However, an exception is Thoth-Amon who’s plagued Conan on numerous occasions and has lived to tell the tale. That’s because he’s smart enough to avoid the unpredictability of direct confrontation, and uses his sorcery to bedevil Conan from distance. His appearances in both Robert E. Howard’s original stories and comics have always been as an adult on top of his game. How did he come to be the worshipper of Set with all the power that entails?

Kurt Busiek and Len Wein are credited for “script”, so it might be a plotting/scripting combination or a fuller collaboration. Either way they’re convincing about how a beggar child Thoth yearns to escape an abusive father over an opening chapter, but proves to be equally lacking in conscience himself when an opportunity arrives to study at a prestigious school. His corruption is rapid, and once the path is begun Thoth is very willing to see it through to the end.

Because the story is of one of horrific deeds done in dingy places the art of Kelley Jones is more appropriate than it might be for the standard hacking and slashing of a Conan story. He’s not always comfortable with people, even accepting the stylisation, and there are some panels where Kalanthes is strangely distorted. However, the chronicle is increasingly about the horror Thoth generates and the magic employed for it, and Jones delivers stunning pages of that.

An early shock is how the scheming young Thoth acquires his hyphenated name, and Busiek and Wein keep them coming as power is first earned, then abused as he rises ever higher in the Stygian hierarchy, the nobles taking everything at face value, unaware they’re being manipulated. Eventually only Kalanthes suspects the truth, and his lifelong enmity with a former friend begins.

While there’s treachery and sorcery aplenty, this is a tale of trickery and deceit and while the logic of appending Conan’s name to the rise to power of his greatest enemy is obvious, what’s lacking is any form of battling brute. It briefly seems a stand-in is to be provided in what takes place years before Conan’s birth, and there is a form of battle in the final chapter, but anyone anticipating Conan-style action won’t find it here.

In places Book of Thoth drags, the longer than usual page count of each chapter acting against a compact story, and the dialogue can be a little clichéd, but for the most part this is chilling horror, well illustrated.

The entire story can also be found with many others in Conan the Barbarian by Kurt Busiek and Cary Nord Omnibus, while Marvel’s 2020 reissue adds the fifty page adaptation of 2011 film Conan: The Mask of Acheron. While well enough drawn by Gabriel Guzman, it’s not greatly satisfying. Stuart Moore concentrates far more on the villains, their backstory and their quest than Conan, who appears on well under half the pages, a third of that as a child, and conveniently out of nowhere as an adult. It reduces the entire package to average. 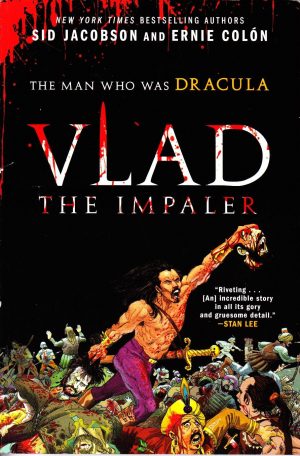