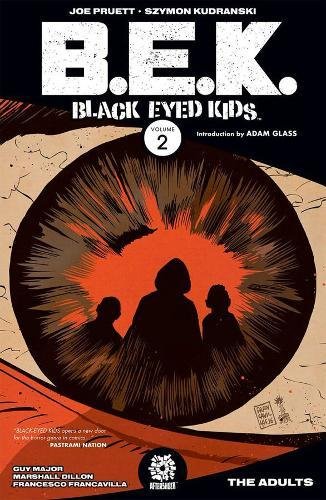 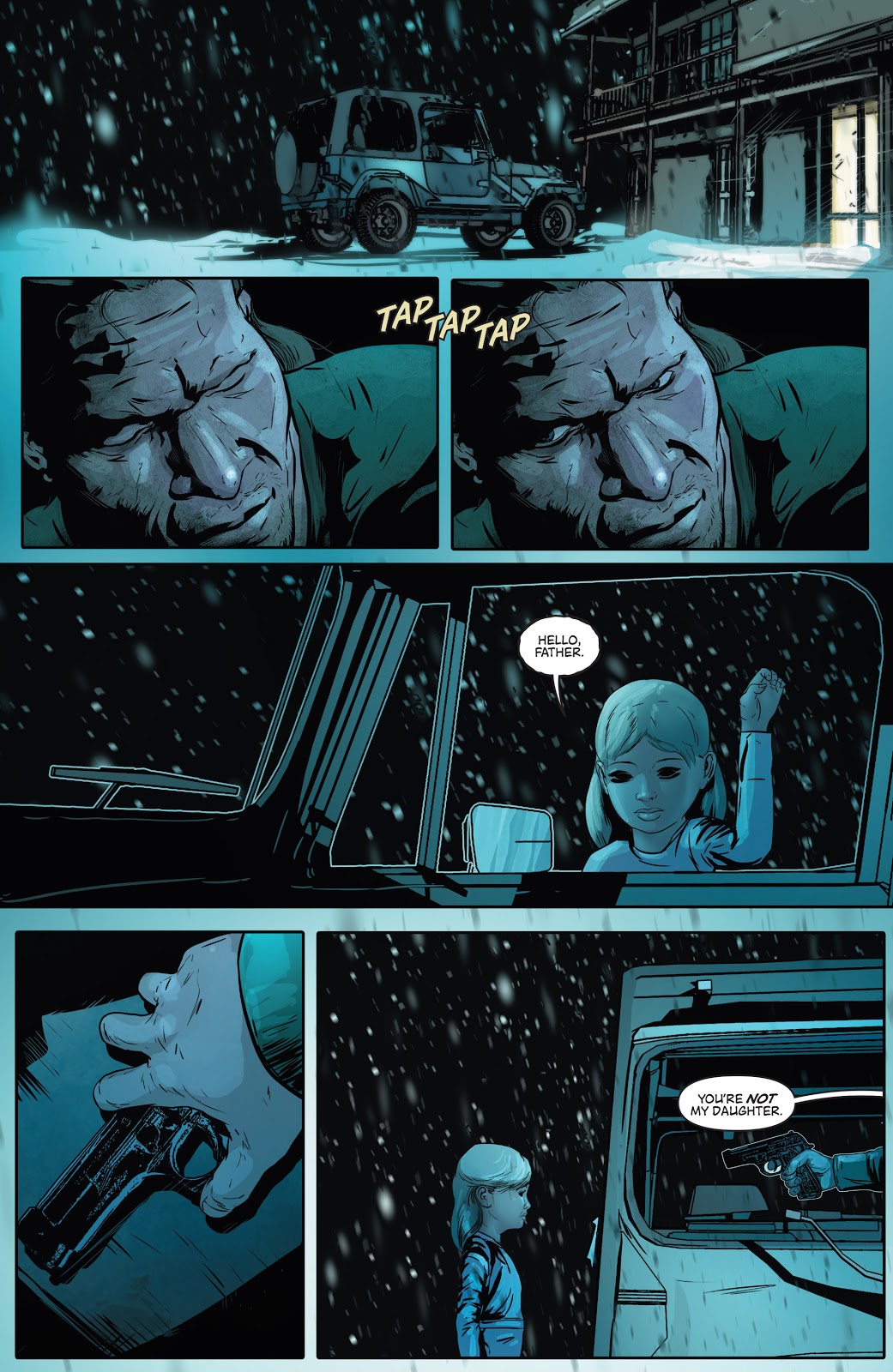 The Loudin family have had a tough week. If it wasn’t bad enough for father Jim to be separated from his children, he learned that his teenage son Michael has murdered his mother and attempted to kill his sister. As seen in The Children, somehow the mysterious black eyed kids are able to convert others to their sort, they consider themselves to be a superior lifeform and have pronounced humanity’s time to be at an end. For some reason they’re also targeting troubled policeman Randy Jones.

Joe Pruett and Szymon Kudranski set one creepy brew going in the first volume and continue along exactly the same lines for this continuation. Kudranski keeps things dark, having as much as possible occur in shadow for maximum tension, and the dialogue Pruett writes is as dark as Kudranski’s blackest ink. Events in B.E.K. move very rapidly. The best guess is that ten chapters over two books have taken place during a few nights, yet only a few people actually know of the black eyed kids. To anyone else they’re ordinary children, not vicious monsters, and it’s the adults beating them up who look to be the monsters. It’s a clever idea, and Pruett’s smart enough not to overplay things. He’s still not providing answers either. It’s clear the past is important, as almost all the adults have memories of something in the past, although some are clearer than others.

It still seems very strange that the evil entity in charge is so confident, so sure of himself, yet he skulks in the darkness with his army of children, but we’re only two-thirds of the way through. B.E.K. has been good enough so far that we can have faith in Pruett and Kudranski to provide something credible in Sons and Daughters.

By way of a bonus, there’s an eight page black and white strip, Kudranski positively restrained with the shadows as we look back at Gus in years gone by, as resourceful then as he is now.