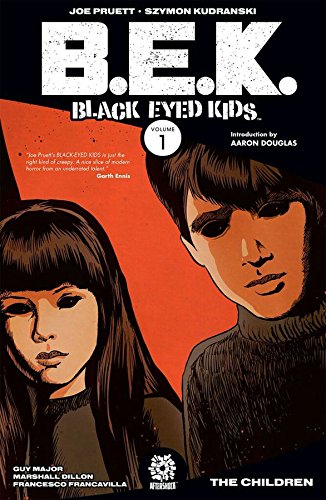 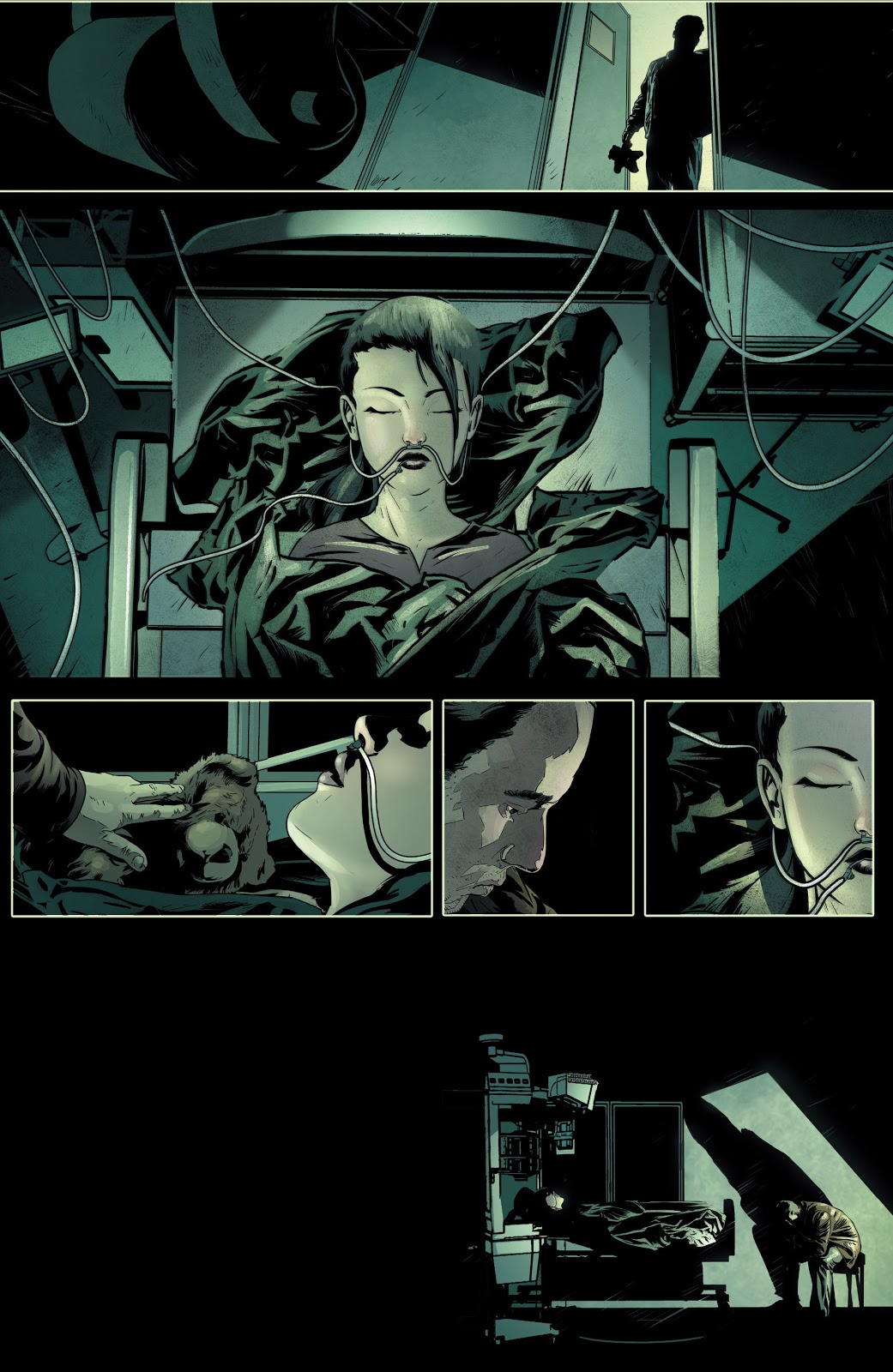 There’s an American urban myth about kids with black eyes who go begging from door to door, but they’re actually paranormal entities wishing humanity no good. It’s rich ground for a horror story, yet until B.E.K., surprisingly unexploited in comics. It’s given a nice introductory touch on the otherwise matt cover by having the eyes of the children as gloss.

For reasons unknown, the black eyed kids here have the Loudin family in their sights. Teenager Michael is already prone to sleepwalking, and one night just stands by the window in his sister’s room constantly repeating “they are coming”. It’s not long before he’s one of them, and atrocities have already commenced by then.

Joe Pruett comes up with an early analogy that’s repeated about humanity being considered similar to cattle grazing on the planet, and as the time has now come the black eyed kids will dominate humans as we dominate cattle. Some readers may consider they’re going about things in a ponderous way, but the beauty of well produced horror is that the fear it induces prevents most consideration of logic. When the corpses are piling up, no-one’s questioning the means, they just want it stopped. Syzmon Kudranski’s form of graphic realism adds to the terror. He has a very precise line, and drenches scenes in shadows, accentuating the terror, but also provides a natural quality to conversations where all is ordinary.

The Children plays out as drama, gradually introducing us to a fairly large cast, with the presumption being we shouldn’t become too fond of them all. Almost none of the mysteries introduced are resolved, so we head to The Adults with plenty of questions remaining. Why is it essential that Michael kill his family? Why would a black eyed kid want to end up in jail? Will well-intentioned policeman Randy Jones see even worse? What does a middle-aged fiction writer have to do with anything? Wait and see.

One warning before embarking on B.E.K. Although a full dose of horrific entertainment is provided in each of three volumes, the series finished without a resolution, and not all the above questions answered. The journey may be worth the price, but if you want everything wrapped up, this isn’t the series for you. 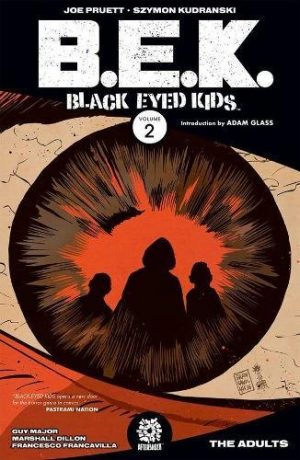 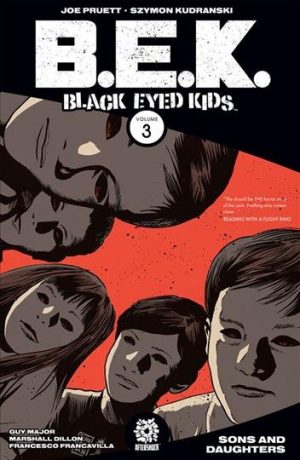