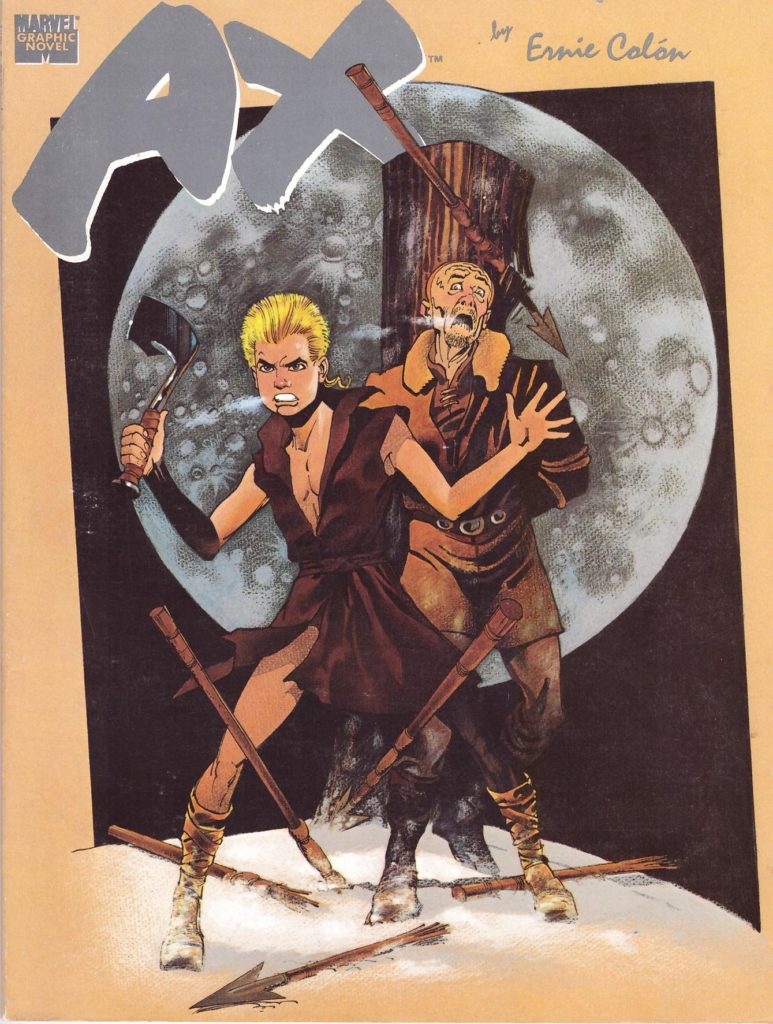 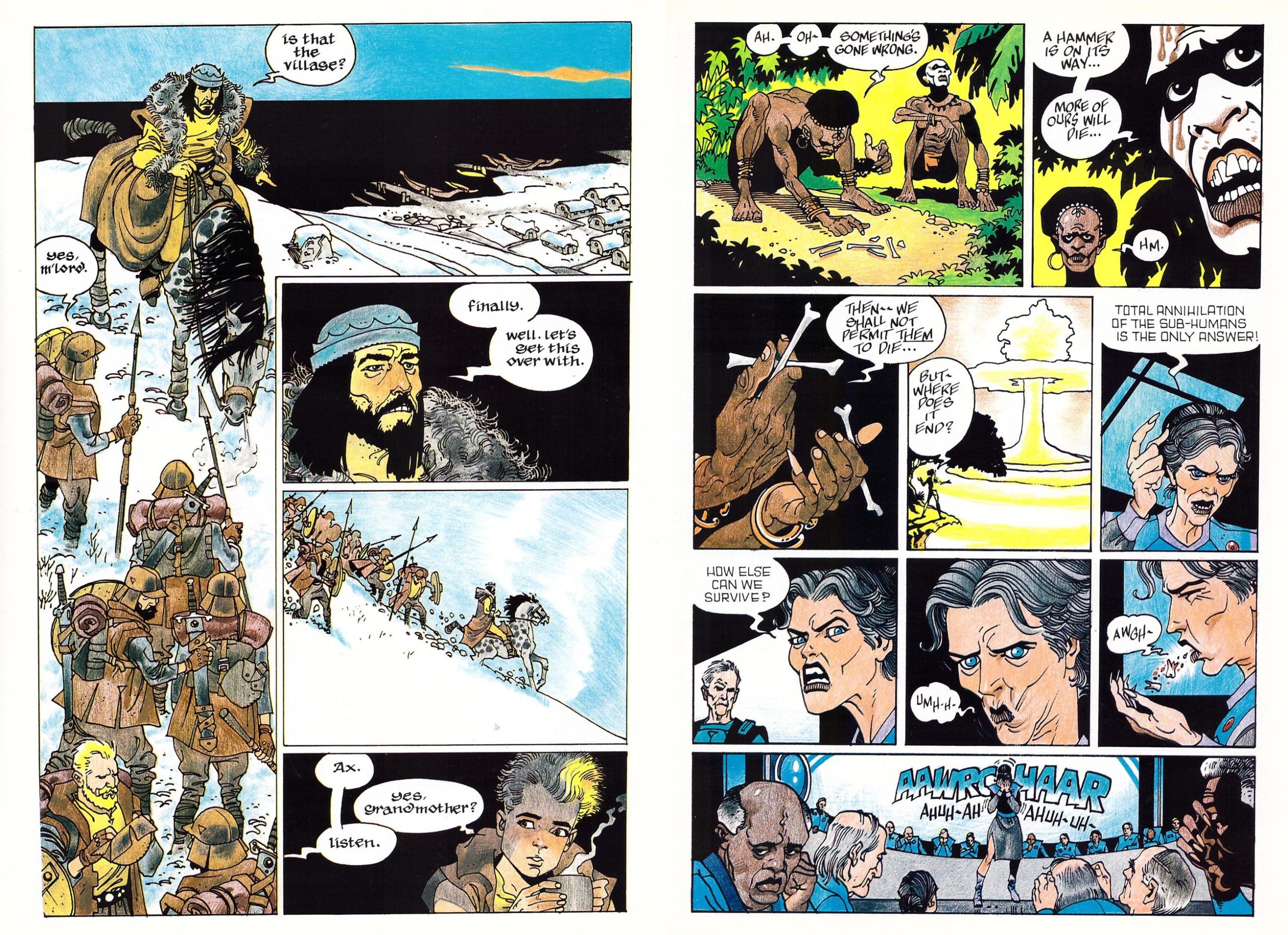 Ernie Colón is a phenomenal artist. There’s surely nothing he can’t bring to life in an attractive and comprehensively refined way. His illustrations here feature a Disney style medieval village and surroundings, a sterile futuristic society of self-important citizens, and aboriginal people viewing events through tumbling bones, and it’s all beautifully drawn. It’s the writing that’s the problem.

Among the villagers is Ax, who seems to be in the younger end of his teens, named after the small handled blade he employs with unerring skill, and who sometimes feels as if the ancient ones speak to him. As far as can be made out, within his own village Ax is cared for by his grandmother and generally liked, but two off world cultures somehow follow his progress and consider him to be a saviour. These two cultures are aware of each other, the more advanced an exploitative people, but suffering from an affliction that ages them rapidly.

Colón throws in biblical metaphors and Shakespearean quotes, and takes a few digs at church and state, but never adequately explains enough, nor builds anyone’s personality enough to have the necessary resonance. Ax is innocent and a paragon of virtue, standing up against injustice, but almost everyone else’s presence is merely to offer a few oblique comments. Another person’s story runs alongside that of Ax, but it seems to serve no purpose other than to offer a few more pages of glorious art. Ultimately, that’s all Ax is, Colón incapable of adequately articulating what he wants to say. 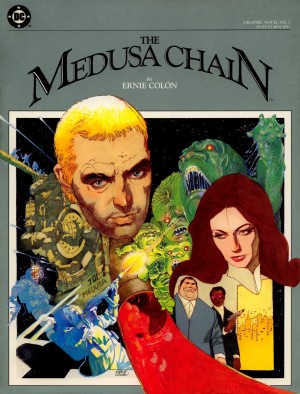