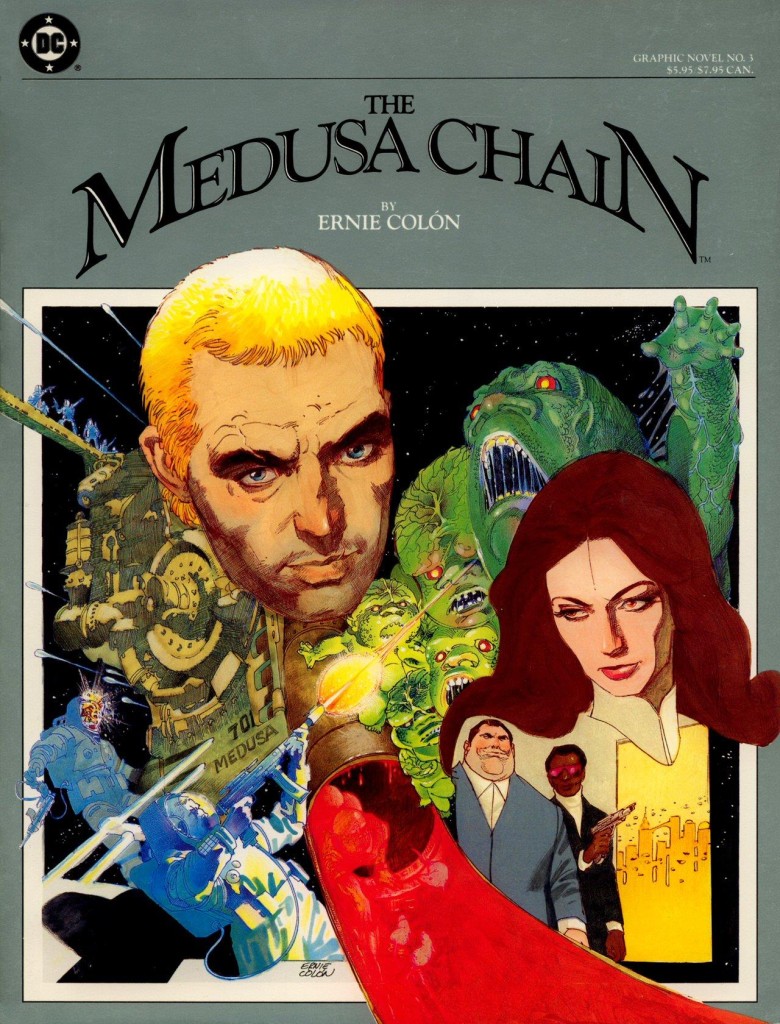 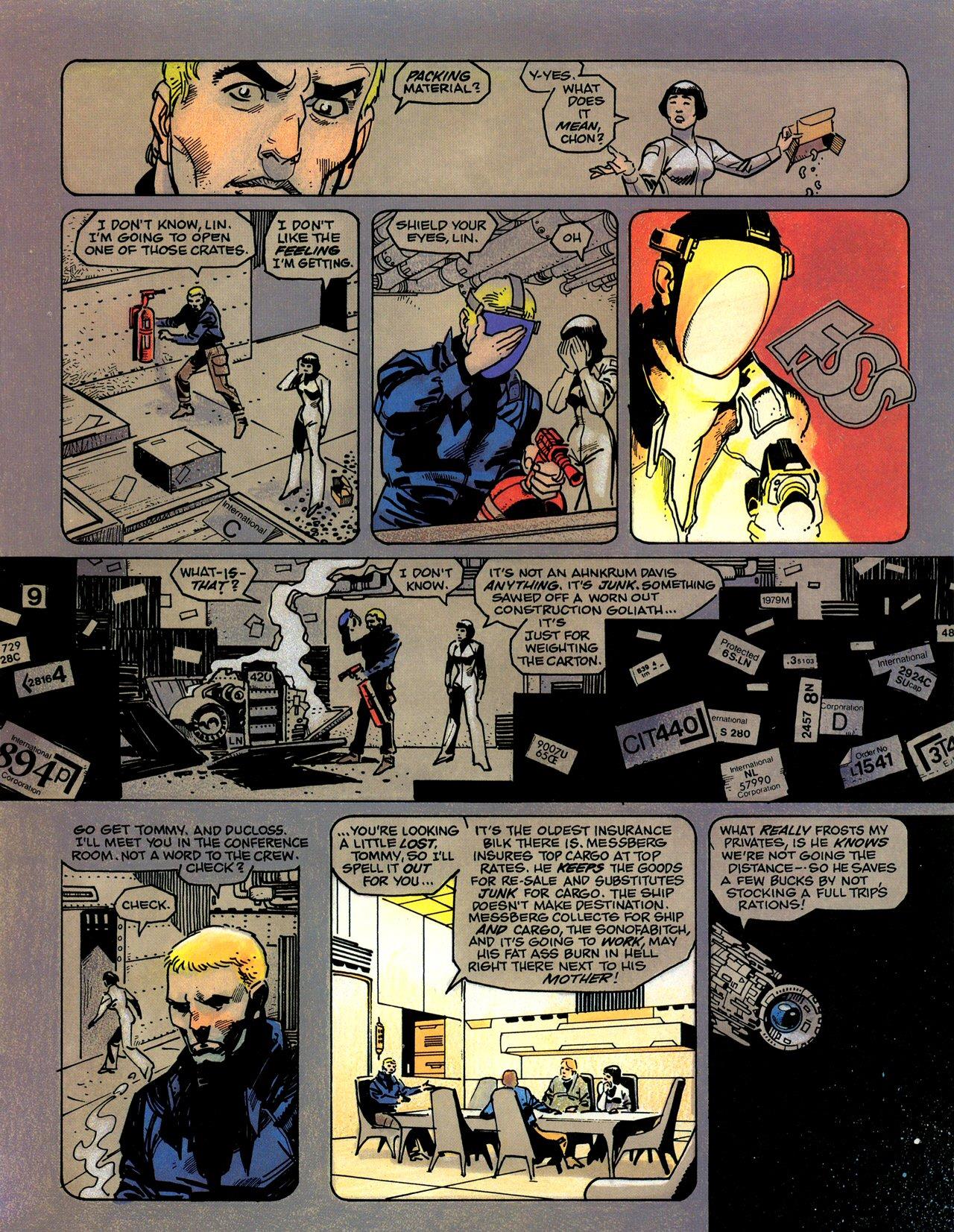 After almost a decade spent working on Harvey Comics titles, when Ernie Colòn moved to DC in the early 1980s it very much appeared a liberation. He proved an enthusiastic editor, actively encouraging feedback from readers, and while having some standard superhero titles under his umbrella he actively attempted to diversify DC’s line into other areas. These included fantasy and science-fiction, and when DC launched an experimental line of SF graphic novels, Colòn delivered The Medusa Chain.

It’s an intriguing title, but in fact is the name of a spacecraft, and the story wouldn’t have been too far out of place in 2000AD of the early 1980s, at least until we’re about a quarter of the way in. By that time we’ve seen space pilot Chon Adams being handed a sentence for murder, attempt an escape and end up subdued on the craft transporting him to his destination. As desperate and unrepentant as he seems, we’ve also been shown that he’s not without a conscience. En route, Colòn lays out the circumstances under which Adams earned his fate.

However callous he may be, Adams is also smart, resourceful and capable. He can hold his own in a fight and he’s got something to fight for as Colòn intersperses further snippets from the past between Adams running into even more trouble on the Medusa Chain cargo transporter. It romps along well enough until the halfway point. Colòn is some artist, occasionally displaying a Joe Kubert influence, and creates a suitably grubby atmosphere aboard the ship while keeping Adams occupied after a pertinent discovery. The problem he has, though, is the lack of an editor. His introduction mentions how he relished the chance to directly produce every aspect of a graphic novel from the concept to the lettering. The result of other input lacking is that Colòn is carried away. He has idea after idea, and can’t resist using any of them, and what’s on the page loses any focus after a viable episodic start. Characters are introduced and disposed of within pages, and his sense of pacing is awry, in one sequence at first making it seem as if a dead character has returned to life.

It’s all a shame as in Adams there’s the makings of a memorable science fiction adventurer and the art remains first rate.