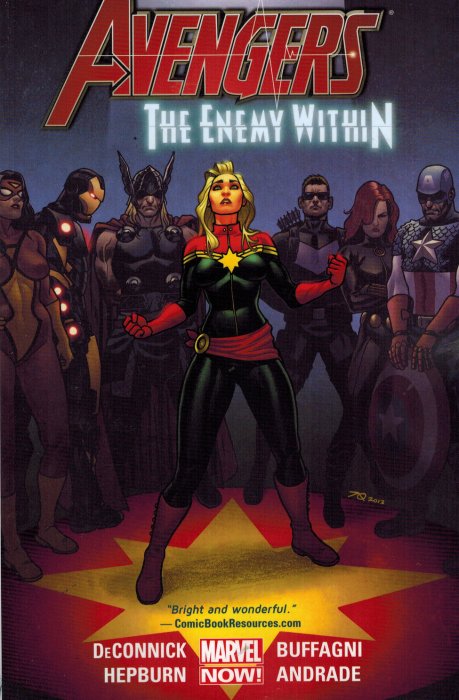 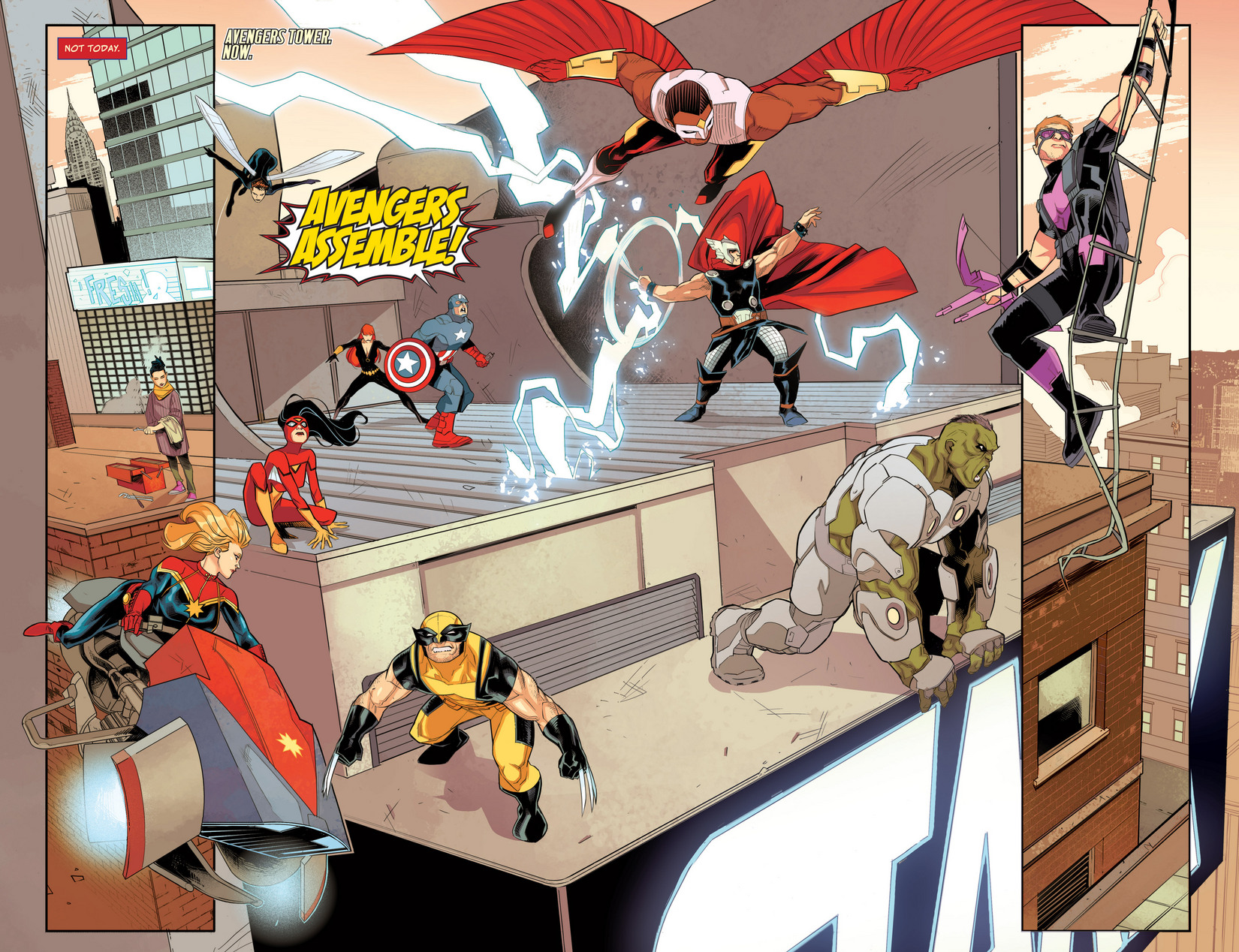 The Enemy Within was part of an Avengers series created to feature the Avengers as seen in the 2012 movie (i.e. Iron Man, Captain America, Hulk, Black Widow, Hawkeye and Thor). When Kelly Sue DeConnick began writing the title she added a few more members, including Captain Marvel, a character whose solo stories she also wrote. The logical next move, in comics production terms, was a story that crossed over between the titles, and that’s what this volume is. Naturally, the story centres on Captain Marvel. Indeed, it contains a key development for Carol Danvers, so although packaged as an Avengers graphic novel, it’s better understood as the third volume in DeConnick’s Captain Marvel series, in which the Avengers guest star.

The plot is fairly straightforward. There is a lesion growing on Captain Marvel’s brain, and if she uses her powers to their full extent, all her memories may be wiped, but an old enemy has re-emerged to haunt her, and she may have no choice. The story ends with a coda that addresses the follow-up to these events.

By this time DeConnick has really hit her stride with these characters. Captain Marvel has an attractive and interesting supporting cast, and all are written well. Even if the other Avengers don’t do much here bar fight monsters, DeConnick finds individual voices for them. There’s a certain sense of “what, again?” to the basic plotline, since this is not the first time Carol Danvers has been stripped of her memories, but this is balanced by fine individual moments. The conclusion to the main arc is positively elegaic, and includes some fine material for Captain America. The final coda incorporates two of the most heartwarming and delightful scenes to have appeared in comics in a long while. DeConnick’s Avengers are a rather more pleasant read than Brian Michael Bendis’ or Jonathan Hickman’s.

The weakness is something that was a constant problem with DeConnick’s first series of Captain Marvel – the art. The chapters drawn by Matteo Buffagni are quite good. His pleasant style is slightly Cartoon Network, but appropriate for the audience that this is supposed to appeal to, one which is not necessarily composed of regular comics readers. Scott Hepburn’s art on the other hand, is muddy, whilst Filipe Andrade’s work on the final part looks rushed and incoherent. To emphasise this, the extra material includes some lovely covers from the Captain Marvel issues by Amanda Connor, who shows a much better feel for what Captain Marvel should look like.