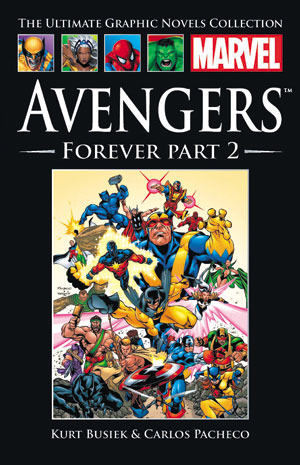 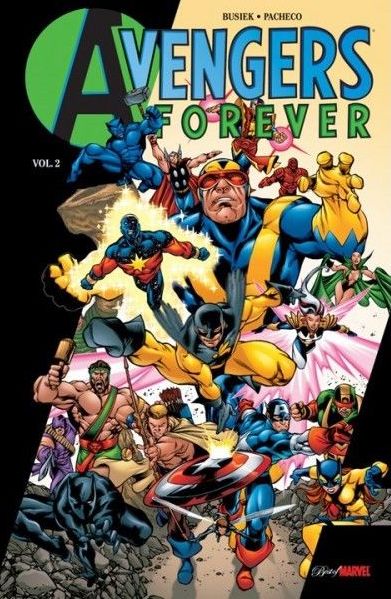 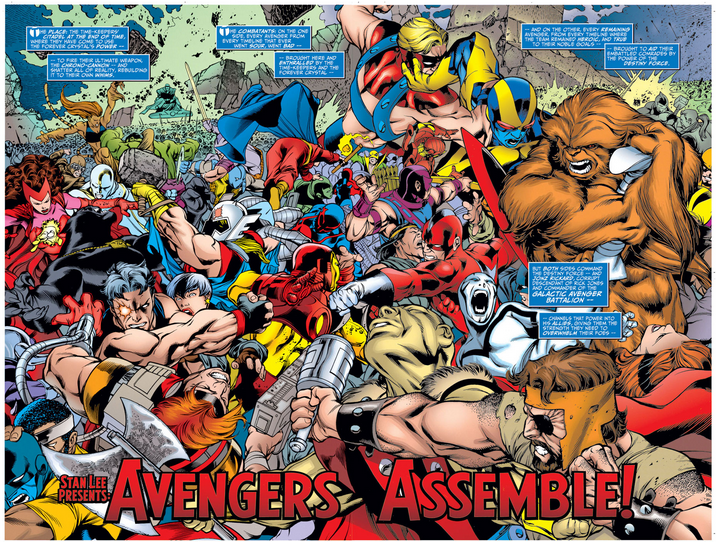 In this collection they included Avengers Forever, a time-travelling Avengers story that sat outside developments in the regular series, though the revelations in this series were very much intended to be taken as part of regular Marvel canon. Written by Kurt Busiek (with Roger Stern) and pencilled by Carlos Pacheco, the story draws heavily upon past Marvel continuity. However, it was originally spread out over twelve issues, and so Hachette needed to split it into two. This volume, issue 19 of the series, but volume 15, includes the second half of the story, originally published in 1999.

This is, of course, the resolution, in which the past, present and future Avengers defeat the plot of Immortus and the Time-Keepers. There are important repercussions for a number of characters, including the then-current Captain Marvel, Immortus and Kang the Conqueror. Large portions of this part are flashbacks and expositions – it is never quite tedious, but people who dislike Busiek’s nostalgic approach to the Avengers will probably find it so, whilst the Marvel neophytes at whom this graphic collection series is aimed may find the reliance on past continuity confusing.

Pacheco’s artwork is good, and Busiek’s story competent, but ideally the reader should seek out the single volume collection rather than this.