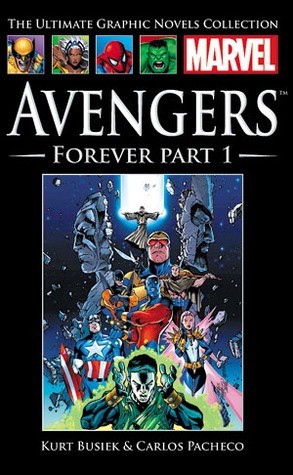 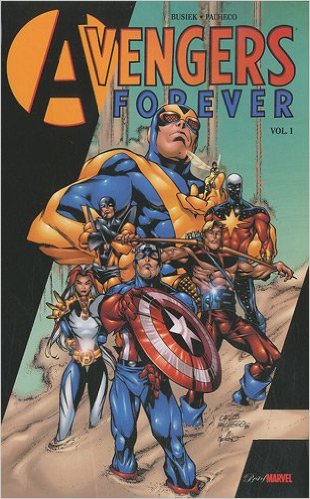 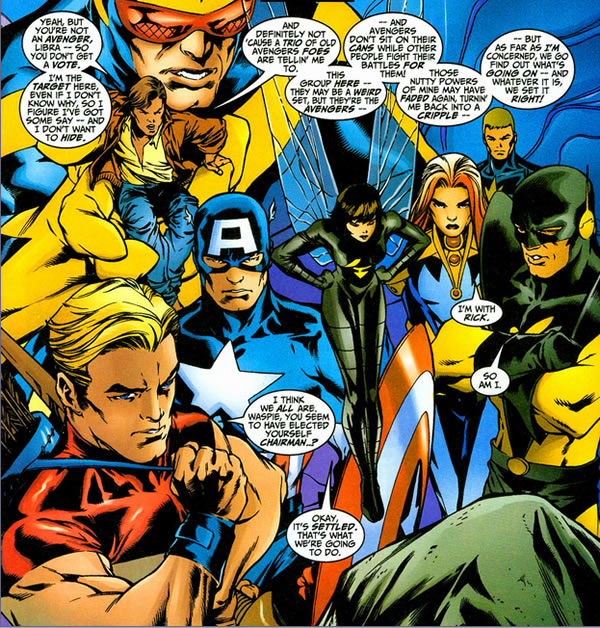 Avengers Forever is a time-travelling, sort-of outside continuity Avengers epic. When UK partwork publisher Hachette issued Kurt Busiek and Carlos Pacheco’s 1998-1999 story in their hardback Ultimate Graphic Novels Collection series it was too long for a single volume, and so was split into two. This is confusingly both issue 12 and volume 14 of the series, and contains the first half of the story.

A group of Avengers from past, present and future are brought together to save the life of Rick Jones and oppose a plot of Immortus, Master of Time. This volume concludes when three teams of Avengers have followed up three anomalies in time, and have returned to Kang the Conqueror’s time-travelling sphinx, before deciding to take the fight back to Immortus. It’s something of a cliff-hanger.

For those who like Busiek’s approach to the Avengers, which many don’t, this is well-written, if obsessed with past Avengers continuity. Pacheco is evidently having fun drawing a large number of costumed characters, and there is plenty to enjoy here, especially for long-term Avengers fans. The reputation of Avengers Forever is, of course, vouchsafed by its presence in this series, though it has to be said that in a series of graphic novels designed to introduce new readers to Marvel’s highlights, this story, with its great reliance on past continuity, may not be the most accessible.

There is some additional material included here, as in all the Hachette volumes. However, potential readers are better advised to find the single Avengers Forever volume containing the whole story, which will be a more satisfactory read, and probably cheaper and easier to obtain. 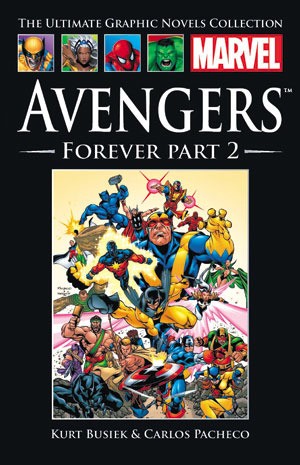