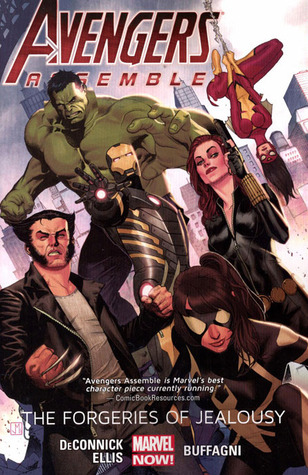 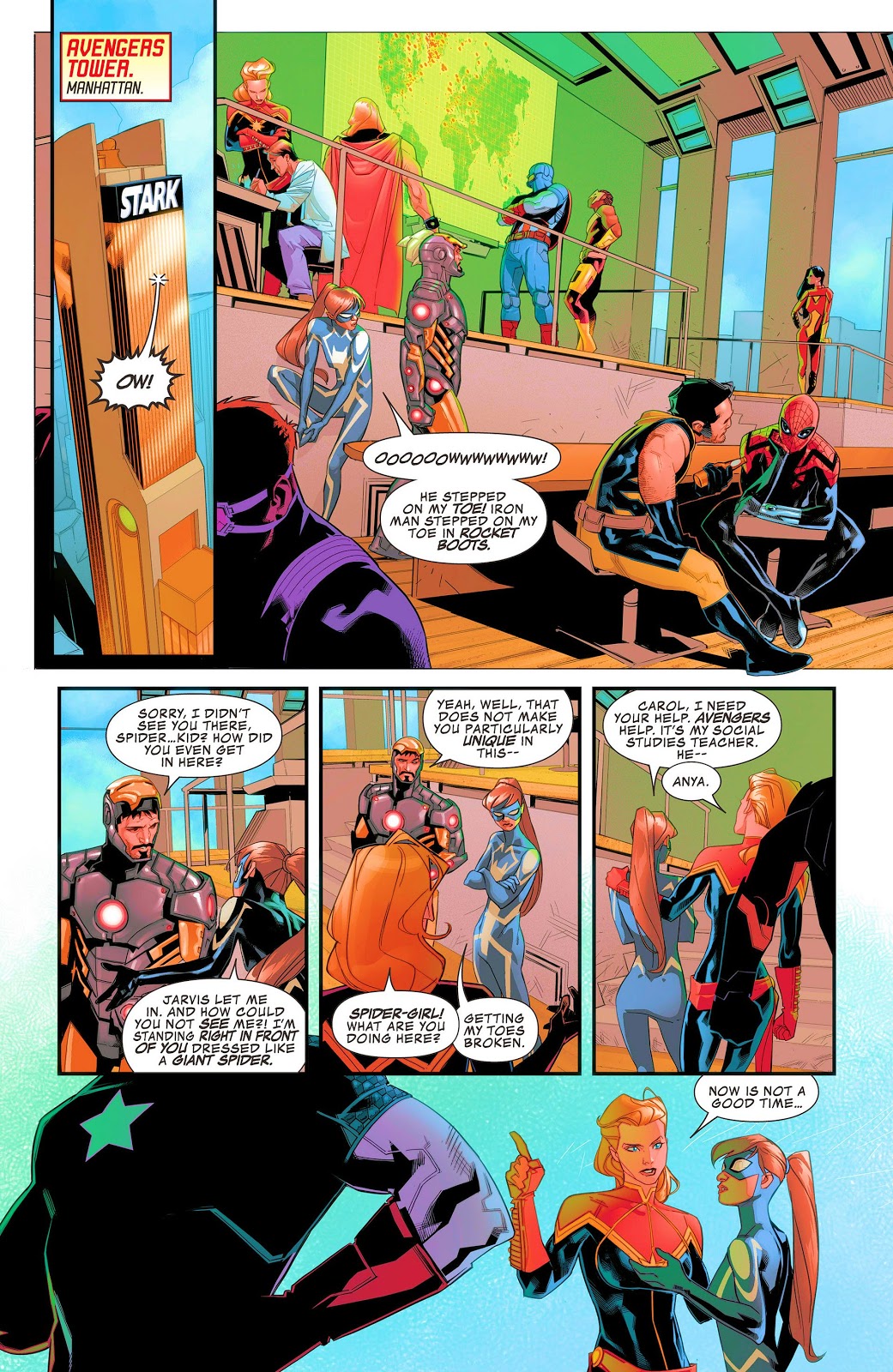 A single story occupies the entire volume, a tie-in with the Inhumanity event. It involves Spider-Girl attempting to locate her social studies teacher, who is in a Terrigen cocoon, which has been stolen. She is teamed with Spider-Woman and the Black Widow, in a sort of All-Girl Avengers Arachnid Squad, and is then helped by Wolverine and Iron Man. The narrative brings the Avengers up against AIM and evil geneticist June Covington, a character originally created by DeConnick in the uncollected 2011 Osborn miniseries.

DeConnick is on good form. The script is funny, and packed with the sort of banter that Joss Whedon introduced through Buffy the Vampire Slayer on TV. There are many moments to be treasured – Captain America explaining that the Avengers have been helping Spider-Girl and keeping an eye on her problem all along, Tony Stark explaining that he used index cards before computer databases became available, a “superbreath” joke for Hyperion, Marvel’s Superman analogue, and a final good joke about a certain Avenger’s knowledge of modern technology.

The art by Matteo Buffagni is easy to follow and pleasant to look at, with an appropriate level of cartoon exaggeration. It’s a shame that he was unable to complete the book without needing a number of assists, particularly on the last chapter, although DeConnick also needed a scripting assist, from Warren Ellis. The colouring by Nolan Woodard  on the early chapters is effective; Ruth Redmond uses a slightly darker pallette on the last two parts, which does not work as well.

Overall, a perfectly enjoyable Avengers comic, and a pleasant alternative to what was happening at the time in some of the other Avengers titles.