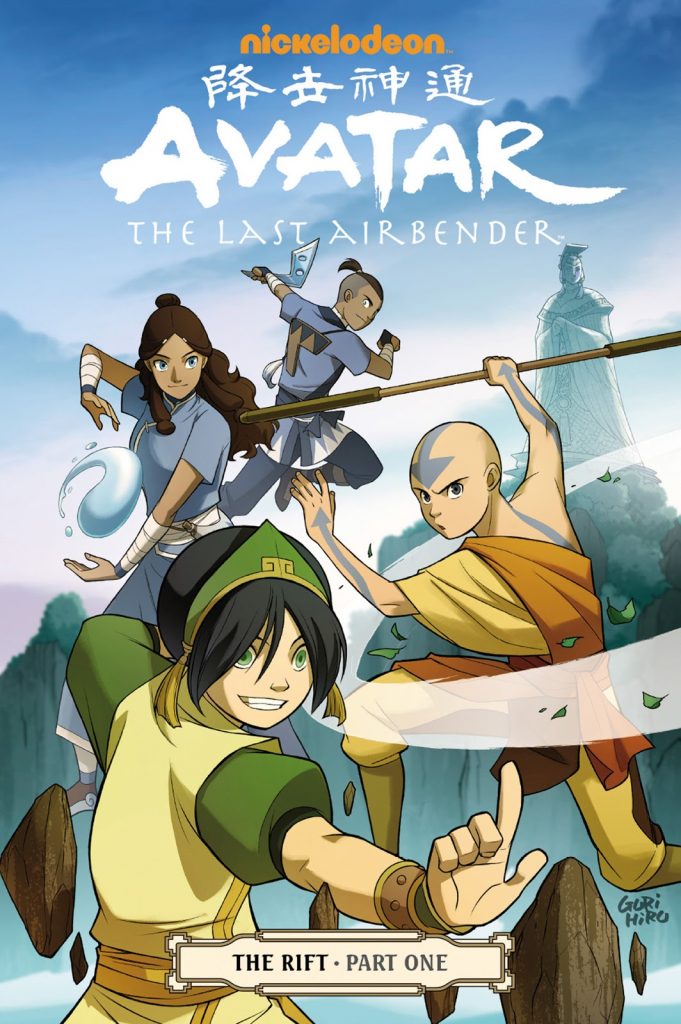 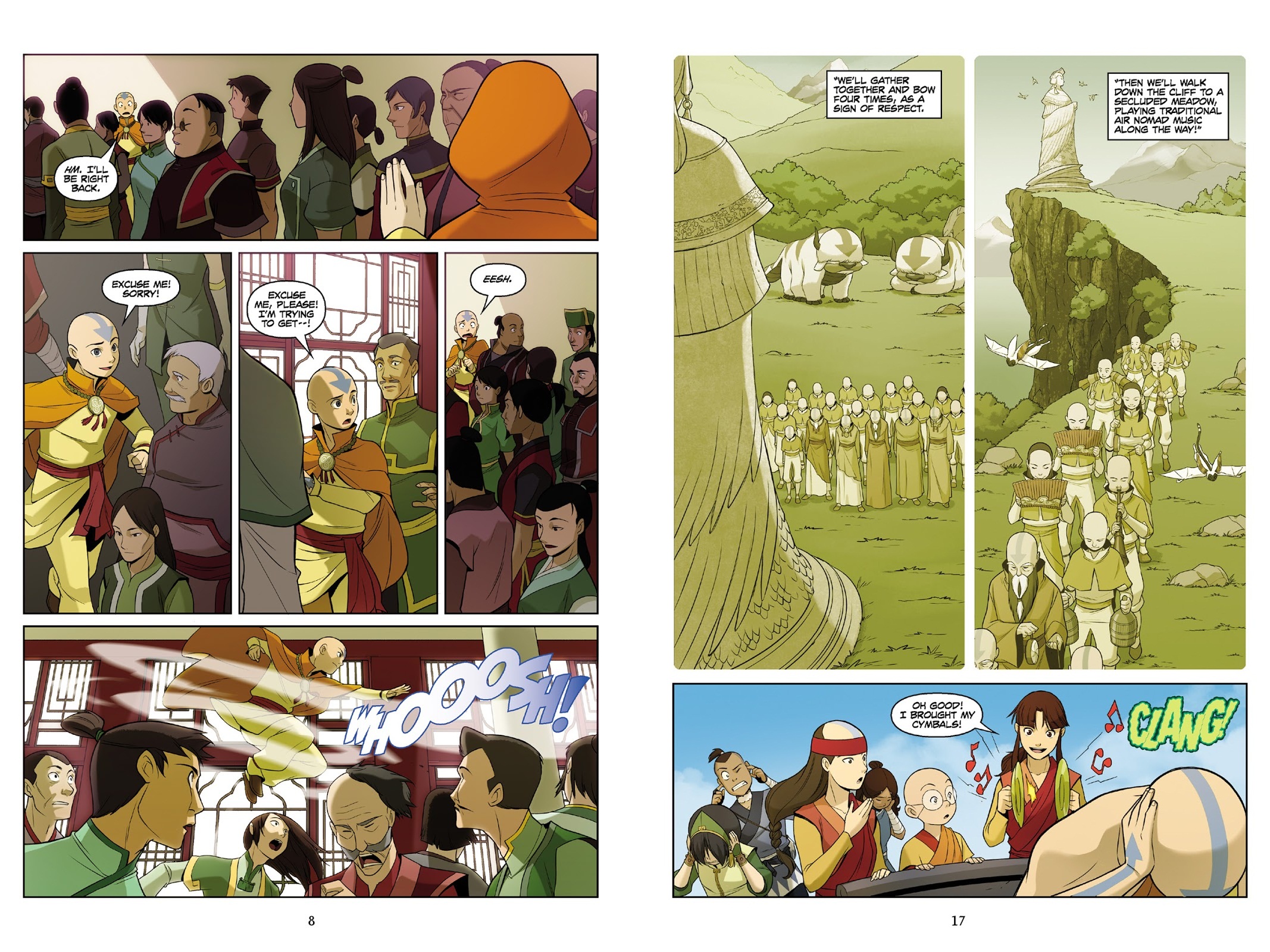 Since Gene Luen Yang picked up Avatar continuity he’s run the background problem of Yu Dao, a city occupied for so long that the population has integrated, and so resisted the original peace plan of all those originating from the Fire Nation being forced to return home. That wasn’t settled in The Search, but the opening pages show a coalition being formed. During the ceremony Aang has a vision of Yangchen, one of his Avatar predecessors trying to tell him something, and when he investigates further, he discovers the sacred meadow beneath a statue she created has been replaced by a refinery.

While generating foul smelling air and polluting the land, the refinery employs many people from all nations, and is also a template example of people co-operating and using their abilities to treat mined crystals. While Aang and others are concerned about the negative effects of the refinery, the owner’s nephew Satoru is friendly, and metal bender Toph feels an affinity for the machinery. Yang builds the subsequent rift between Toph and Aang realistically, being true to both their characters. Toph’s younger life was spent being told what she couldn’t do, and this resulted in the effective iconoclast of the present day, leaving her with no patience for what she considers redundant tradition.

Yes, this is Yang’s ecological story, with fracking his target. In this portion of The Rift at least, he’s even handed. When problems manifest at the refinery there are plenty able to state definitively that they’re not the result of industrialisation, and Yang maintains the generally harmonious tone of Avatar by not having the aggressive protectors show up until the end. He also provides a bombshell to take us into Part Two.

Gurihiru, as they always do, perfectly fit all aspects to Aang and his world, even when they’re intrusive such as the refinery. Possibly under-rated is a talent for distinctive character design. With almost everyone in the series restricted to wearing variations of the same colour coded material, it’s important that younger readers can distinguish between cast members. Varied design was fundamental to the animation, and Gurihiru maintain the tradition.

So far The Rift is entertaining without hinting at anything extraordinary, but Yang’s pulled that trick with opening chapters before. And as before, if preferred, all three parts are collected as a single hardcover.