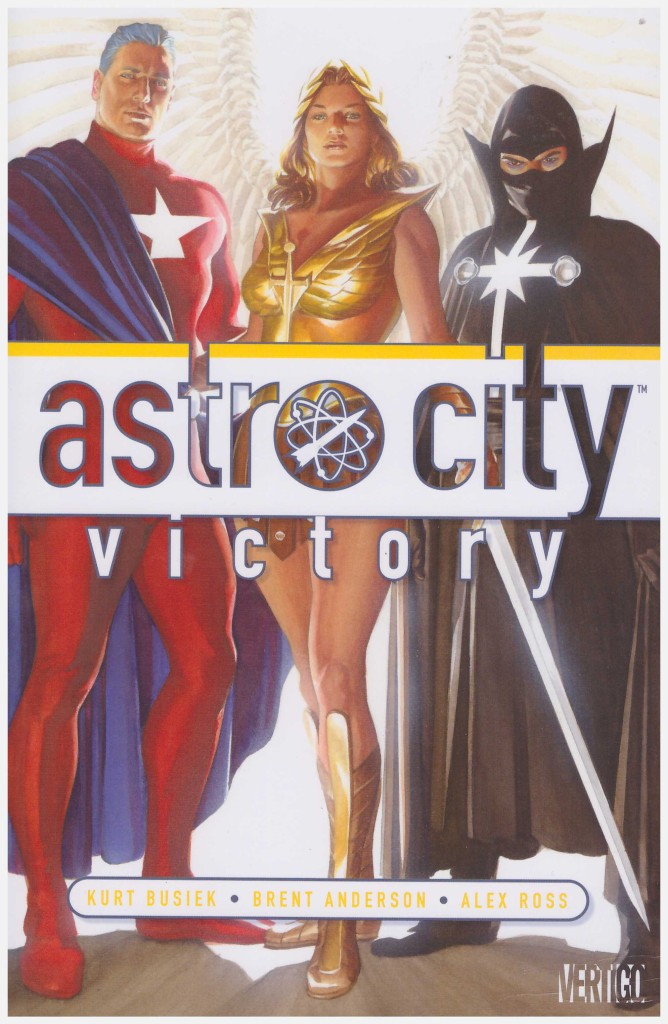 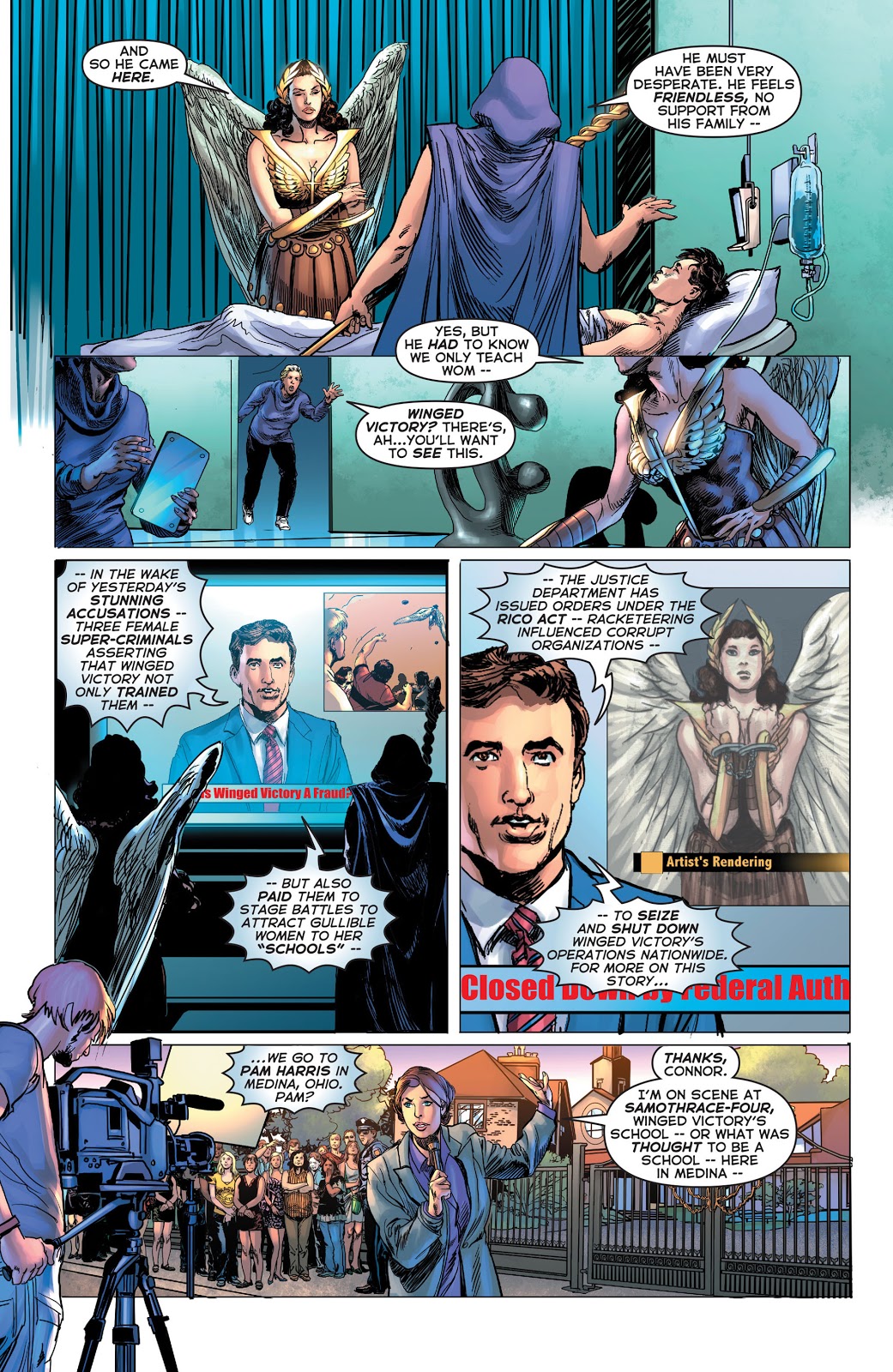 The preceding Through Open Doors was a return to form after a slight dip among Astro City’s run, which makes Victory all the more disappointing. Just in terms of story content this is slim fare indeed, with a mere four chapters for your seventeen dollars, the content padded out with ‘Astro City: A Visitor’s Guide’. That’s 25 pages of pin-ups with brief biographical notes, illustrated by the very good and the great (Mark Buckingham, Darwyn Cooke, Dave Gibbons, Gene Ha, John Romita, Bruce Timm and many more) plus a few text pieces about the city’s districts and history. It’s all pleasant and trivial bonus material, and dates from 1998.

That would be fine if the lead story matched the title’s usual standards, but it’s the poorest Astro City material to date by some considerable distance. Inexplicably, Kurt Busiek supplies a pretty straightforward teaming of his Batman, Superman and Wonder Woman stand-ins. The thrust of the plot is that Winged Victory and the women’s empowerment courses she runs are thoroughly discredited when a group of rampaging female villains claim to be working for her. Despite her standing among the firmament of heroes, the world is all too willing to believe the villains, and Winged Victory is subjected to abuse and intrusive inspection from the superhuman law and order forces.

While this sort of plot has been a standby of superhero comics for decades, Astro City is usually far better at avoiding such banality. Considering Winged Victory has been established as a beloved and much admired person, this is a barely credible plot, perfunctorily delivered, and padded over the four chapters it occupies. The messages about the equality of women are heavy-handed, and among this mediocrity the horrific World War II experiences of a Japanese-American woman come across as a gratuitous touch. Even Busiek’s usual trick of viewing the superhuman community through the eyes of a normal citizen is throwaway here.

The single element that works well is the revelation of Winged Victory’s origin and explanation of how she draws her power. In that at least there’s a level of imagination absent elsewhere.

The next volume, Private Lives, picked up the quality again.