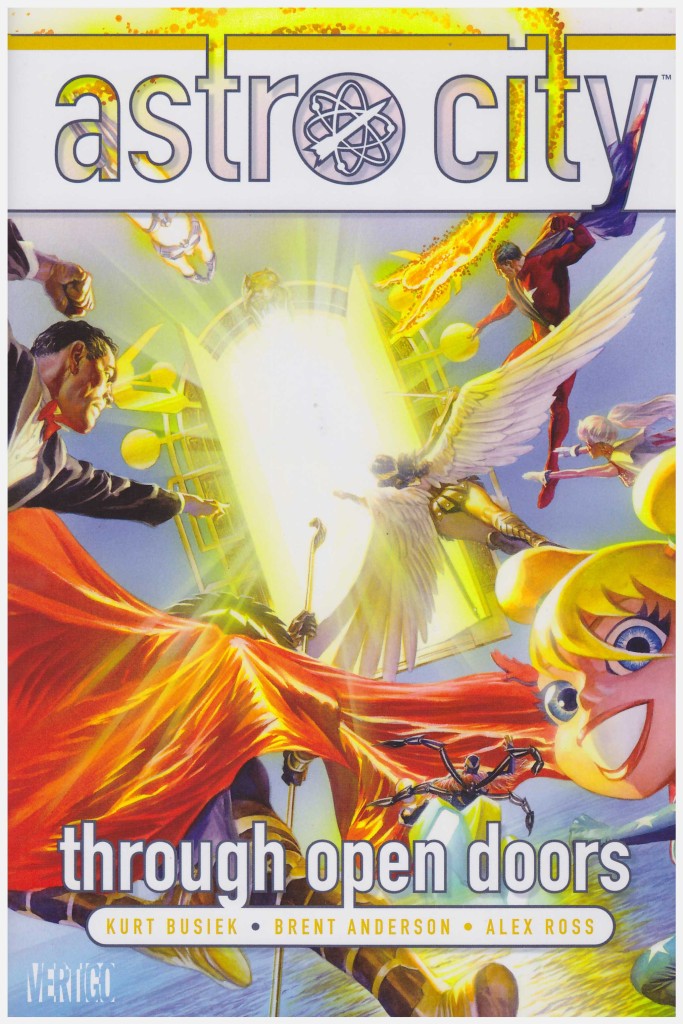 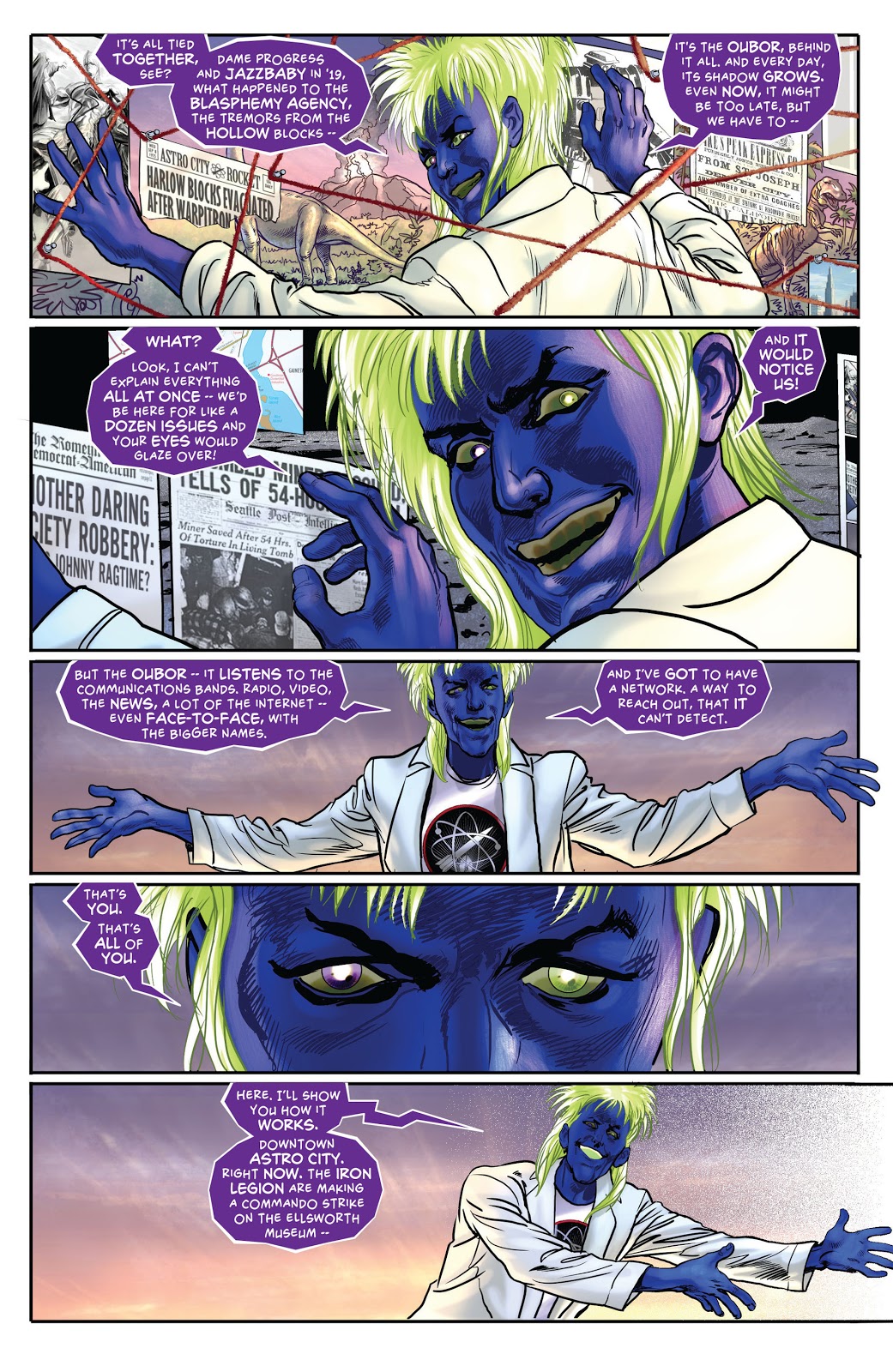 Through Open Doors is both a storytelling departure for writer Kurt Busiek, and a spirited homage to the more mind-expanding superhero comics of the 1970s. That, though, is just the bookending. Readers who prefer the familiar material of superheroes as seen by ordinary people, or the activities of those with minor powers, have their treats fall in the middle.

Martha Sullivan has been seen before in Local Heroes, putting her telekinetic powers to good use. Having discovered early that being a superhero wasn’t for her, she developed a successful career in special effects, but there’s a villain out there determined to direct her talents to crime. Other reluctant recruits have also been gathered. This is a charming piece where the super powers may spark the story, but the humanity fills it.

Those who may have wondered what sort of back-up team global guardians the Honor Guard might need in order to operate proficiently discover the answer here. As does new recruit Marella Cowper, for whom it’s a steep learning curve. This is the type of crowd-pleaser an on-form Busiek has produced again and again, with a first person narrative, a glimpse behind the curtain, and some decent surprises.

The remainder of the book is the weird stuff. There’s a character called the Broken Man, an emaciated visionary who can see through the fourth wall to address you, yes, you, the very person reading this review. He knows of a purpose behind the all-powerful alien, the doorways to whose trans-dimensional headquarters have deposited themselves above the Gaines River. The connecting portions of this tale are idea-packed, cross space and time, and provide a thrilling ride while never forgetting the human angle that Astro City readers love and expect.

There’s not as neat a conclusion here as might be expected, so presumably the characters are in place for a return at a later stage.

As ever, Brent Anderson’s art is broad in scope and outlook. Nothing appears to faze this man, and the rear of the book presents the progression of character designs for the book by both Anderson and Alex Ross. Victory is next. 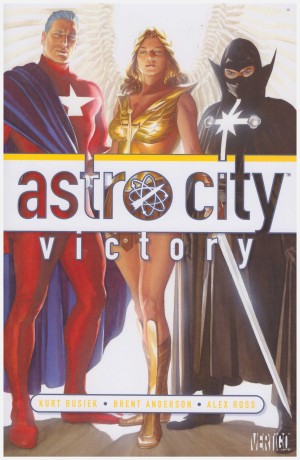 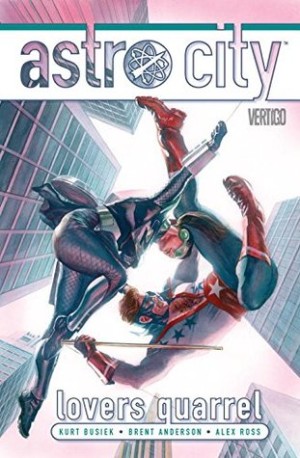 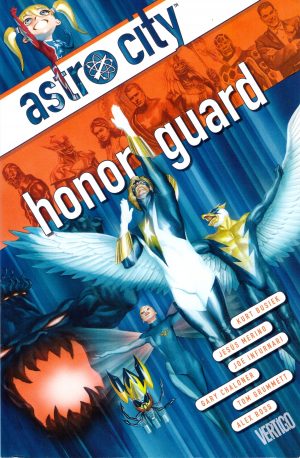