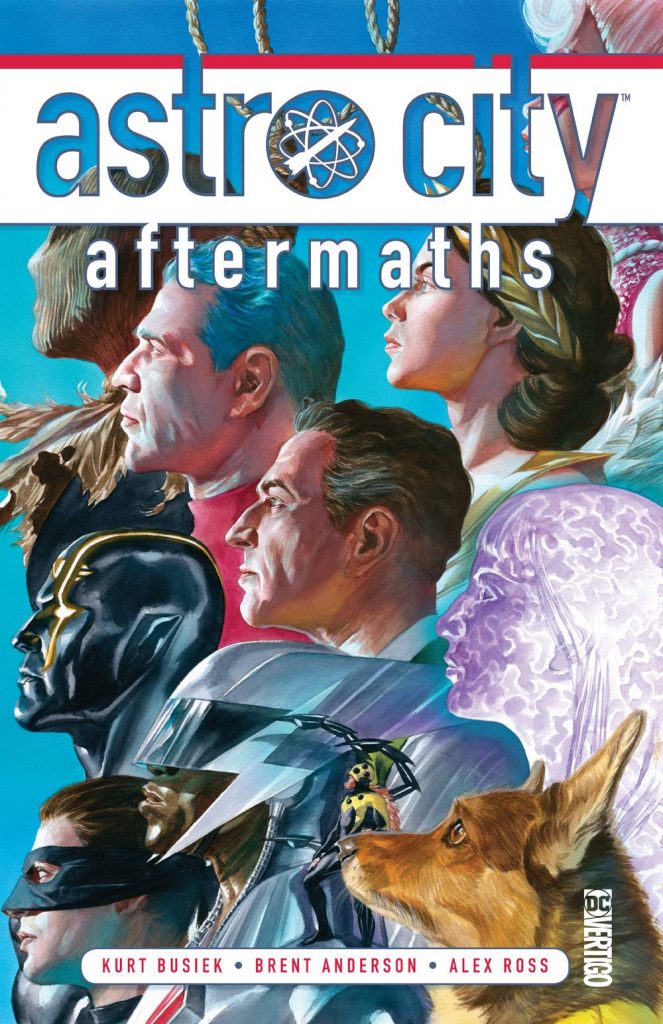 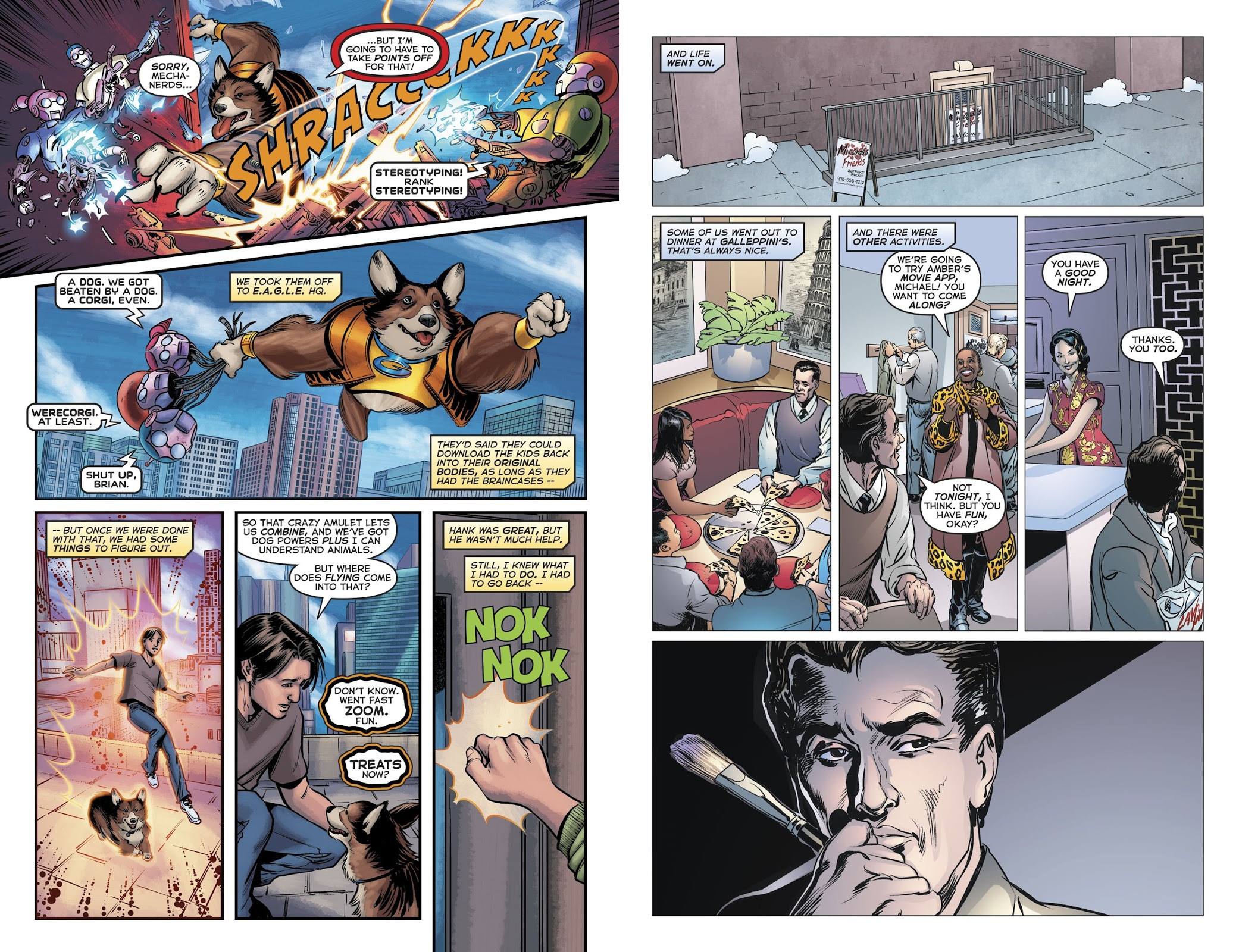 It doesn’t surface regularly, but occasionally there’s a finely defined sense of the absurd embedded in Astro City, and it manifests in the opening story of a conflicted guy, a petty crook by inclination, who becomes a strange superhero: a man in dog form. Kurt Busiek’s presented similar anomalies before, most memorably a cartoon lion in Family Album, and this time it’s Mike Norton who has to ensure G-Dog doesn’t transmit as a joke. It’s not an entirely serious piece, so he treads a fine line, but the emotional sympathy is present in the illustrations, and both creators make the most of people’s natural reactions to a cute dog. A clever aspect is that this is also a follow-up to one of Astro City’s more tragic incidents, but the two part story features a clumsy repetition of essential information. It’s a minor point, but Busiek doesn’t usually lapse like that.

For a series that specialises in seeing the super-powered through the eyes of ordinary people it’s not often that Busiek reflects real world problems, but they manifest in ‘Resistance’ which begins with alien refugees used as a metaphor. Busiek lets loose on a few other problems via a journalist raised by a social justice warrior, yet he’s smart enough not to let injustice be the focus, which is a tender spotlight on the conflict between dedication to family and important work. Series co-creator Bent Eric Anderson illustrates this and the remainder of the book in his usual polished naturalism, bringing a host of ordinary people to life alongside the exotic heroes.

The title story occupies three chapters, opening with a therapy group of ordinary people on whom the activity of superheroes have impacted. As with so much about the series, it’s a smart and poignant spotlight on what in other superhero stories are the unconsidered collateral damage. The idea is nice, but it’s a story that slows before building into something quite special. A dramatic plot point good enough to be used subsequently in Better Call Saul leads into a form of heartbreak not previously examined, yet entirely logical in a place where anything can happen. Even more so than usual the participation of heroes is kept to a minimum, only one of the city’s most enigmatic personalities featuring in a pivotal role, but it’s compelling almost all the way through.

This is the final collection of Astro City as a serialised comic, but although there’s the deliberate valedictory feeling to the final story, this isn’t intended as our final visit to Astro City. The plan was that further stories would appear, but as original graphic novels. However, Aftermaths’ content was serialised in 2018 and the signpost sign-off of “You Are Now Leaving Astro City” is beginning to look ever more permanent. Should that prove to be the case, Aftermath is a very good final outing.