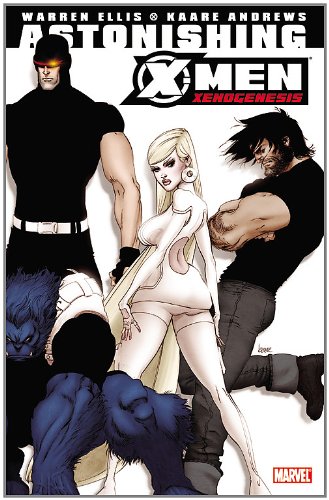 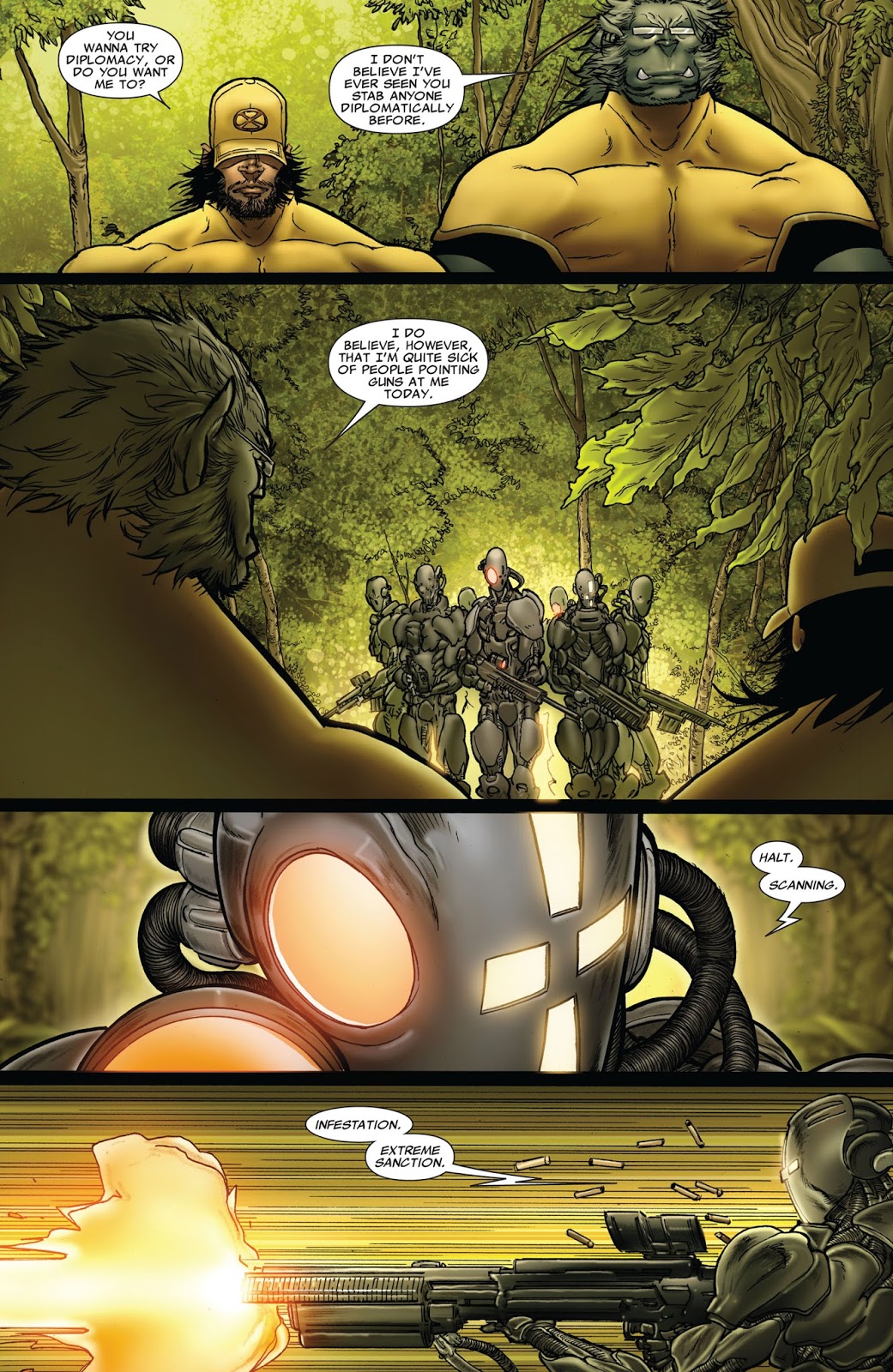 Warren Ellis’ time on the X-Men was during the period when only a couple of hundred mutants remained active, everyone else having had their powers removed, and no new mutants developing powers during puberty. When Storm is told of a small African town where mutants are manifesting powers at birth, the X-Men decide to investigate.

There’s little connection with the previous Exogenetic in an opening chapter that makes difficult reading. Having established why the X-Men are heading to Africa, Ellis provides an awkward, guilt-purging conversation about white-skinned mutants interfering in Africa, and lectures at length about problems real country by real country surrounding the fictional Mbangawi (or later M’bangwi). “Uganda to the North”, says Wolverine, “a million-and-a-half people are refugees in their own country. The army abducts little girls for “wives””. It’s a case of Ellis having carried out his research and ensuring readers know about it, but is an X-Men comic the most effective place for that? The situation’s not helped by Ellis pouring out his well-intentioned concern and frustration while Kaare Andrews is posing Emma Frost all over the plane like a porn model.

Andrews is a good artist, one who works in a number of different styles and generally produces something interesting, but there are only flashes of that in Xenogenesis, most restricted to some great pin-up pages. Otherwise, he follows the lead of Simone Bianchi in Ghost Box by closing in on faces, often so close it’s only partial faces on view. After the pin-ups Andrews is at his best when organising four long horizontal panels to the page as per the sample art, but some of his exaggerated bodies aren’t pretty.

By the fourth chapter of five all guilt has been purged, shades of grey have been established and qualifications trotted out, meaning Ellis and Andrews can finally attend to the desperate battle ahead. These chapters are great. Ellis takes an idea Alan Moore introduced in Captain Britain and multiplies it for a thrilling and desperate battle against foes that technically can’t be beaten, having already conceived a clever way to beat them. It’s a shame there wasn’t more of this and less moralising and posing.