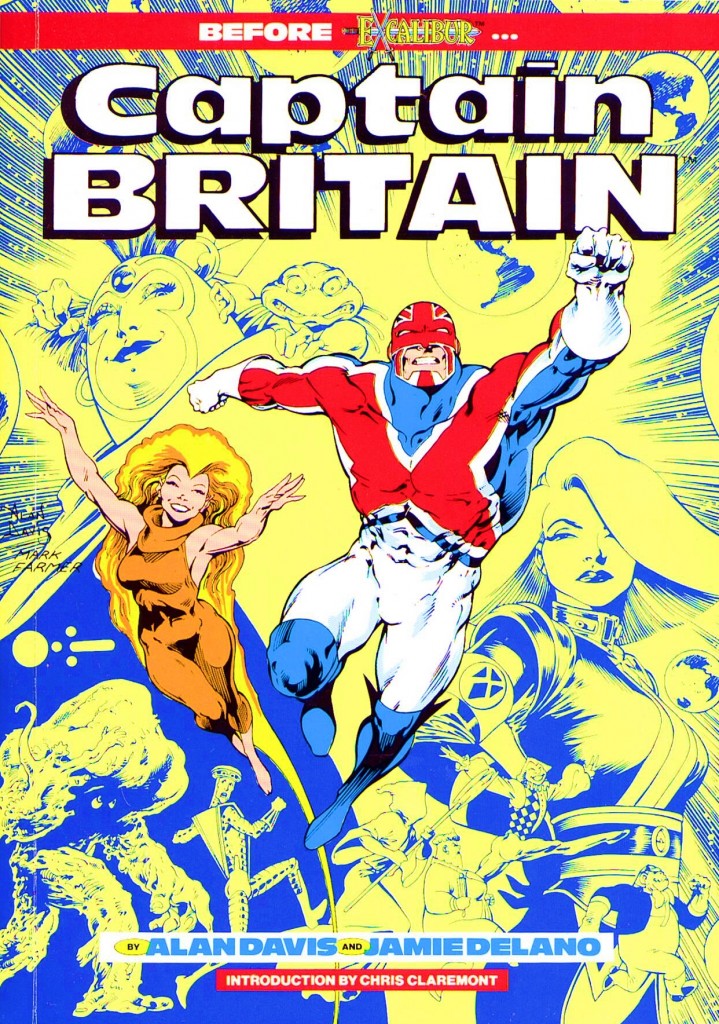 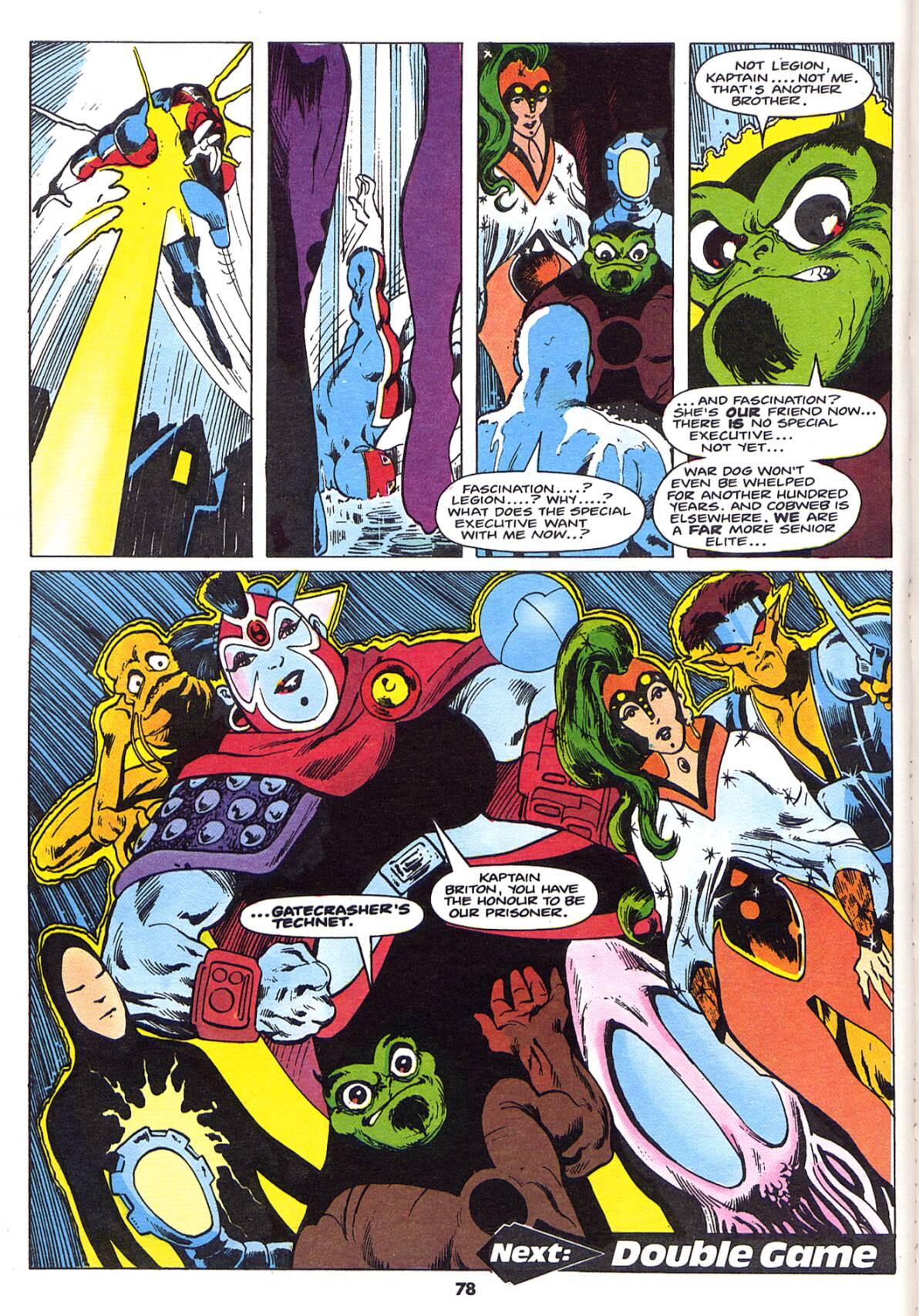 Alan Moore and Alan Davis’ run on Captain Britain, confusingly also collected as Captain Britain before revised editions, was a hard act to follow. Produced in the early 1980s it charted the incredibly rapid creative growth of both writer and artist, and was a landmark reconfiguration of a previously poor concept. This collaboration between Davis and Jamie Delano doesn’t quite match it. It’s more standard superhero comics without the big picture of the previous work, recycling much of what had already been provided, and with one exception lacking the emotional despair. It’s still very good, however,good enough to win an Eagle award, and among the recycling there are some original ideas and creations.

What first strikes the eye is Davis’ impressive character designs. The Crazy Gang had been bit players in the previous stories, but here, in one of several episodes Davis himself writes, they really flourish as their mutated Alice in Wonderland identities are brought to life. The massive Gatecrasher (see sample page), head of the Technet is magnificently designed in a manner that immediately defines her personality, and the Cherubim are barely used, yet the way they’re constructed suggests a level of application usually applied to characters due a series. Mike Collins did write and draw them in their own feature, absent here, but presented along with the remainder of this content in Captain Britain: End Game. Other than individual illustrations, this would also be the last time Davis inked his own pencils, and while very well served later by Paul Neary and Mark Farmer (and sometimes here by his brother, Noel) the art has a looseness to it that would gradually disappear. He was already a superb communicator.

An interesting aspect of the writing in hindsight is that right at the start of his career Jamie Delano captures the tone of Captain Britain so well, mixing whimsy, light comedy and action superheroics in a manner that he’d never attempt again. He’s better known for exploring the darker aspects of life, and while some ethical issues manifest here, they’re largely in passing. The one chapter pointing the way to Delano’s later work concerns exploitation in Africa and provides a more interesting new personality for an old character. The biggest transformation in the book is that of Meggan, a design Davis obviously liked as she was revived from what was essentially a cameo appearance, and by the end of the book she’s become an equal part of the story, and would progress with Captain Britain to Excalibur. Betsy Braddock is also well developed by Delano, from someone with little purpose into a strong character involved in the book’s most harrowing sequence, and its most tragic, setting the scene for her later career as Psylocke. However, while Delano’s good at setting up mystery and perpetuating it, the conclusions can be perfunctory.

The stories Davis writes himself are all good barring a few early problems with unconvincing dialogue, but the collection’s final tale ‘Auld Lang Syne’ is among the best. It has a complex structure and many strands, but works perfectly as adventure, surprise, sentimentality and closure. Davis’ early artistic progress was rapid and his writing talents developed even quicker. It’s all the more remarkable for having been completed from start to finished art in two weeks, including inking by Farmer.

So, not quite as good as the work it followed, but well drawn, well written and thoroughly entertaining. Davis and Delano’s work has been gathered with much more into the oversize hardback Captain Britain Omnibus.