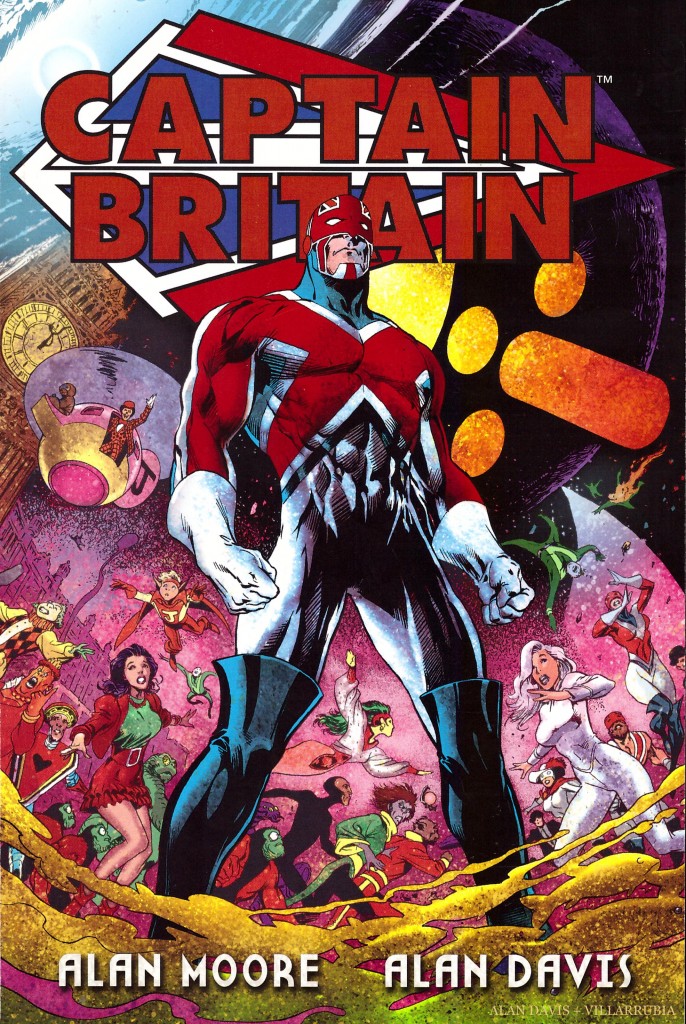 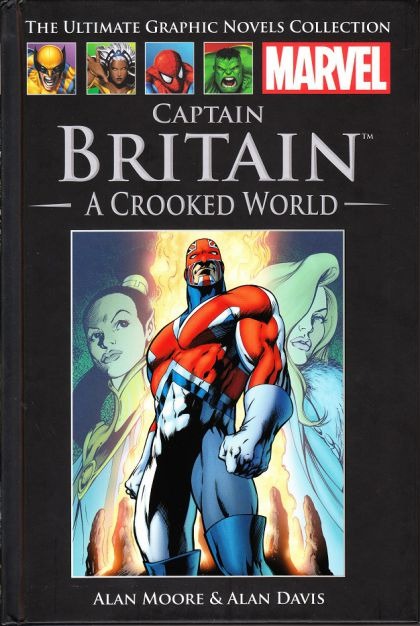 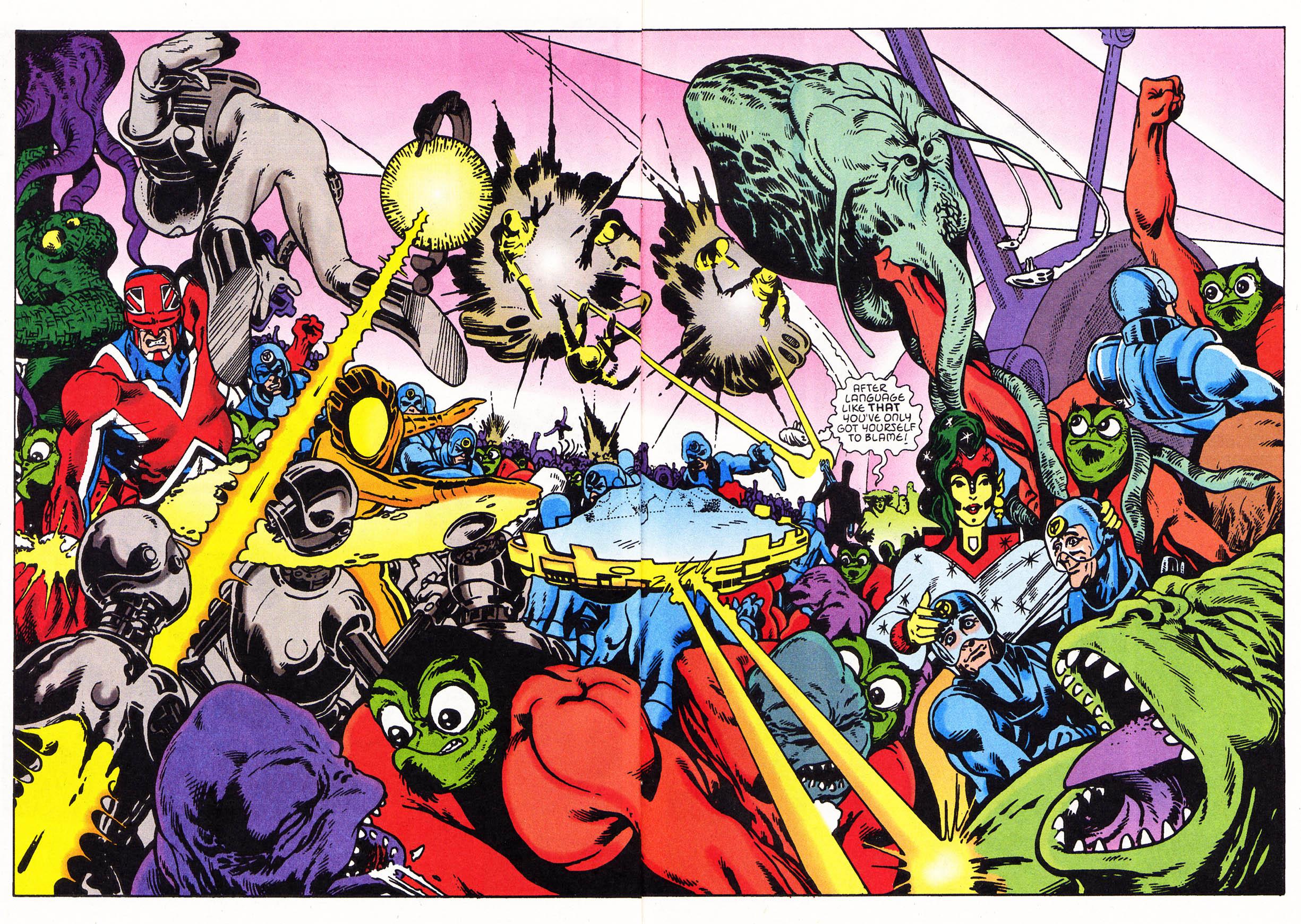 When Alan Moore took on Captain Britain his comics writing was limited. The feature isn’t, as sometimes claimed, his only comics work for Marvel as he also contributed shorts to their UK Doctor Who and Star Wars anthology titles, one of the latter also among Captain Britain collaborator Alan Davis’ earliest stories. He was, however, relatively inexperienced, and for all the wonder of this Captain Britain material it’s a case of escalating thrills rather than instant quality.

Part of this is time required to make sense of the not exactly coherent plots of his predecessor, but Moore plays fair by incorporating all elements before moving Captain Britain to a place where he can be reconstructed. He’d later more deftly employ the same process on Swamp Thing, but should be given credit for rationalising the entirety of Captain Britain’s irrational career until the point Moore inherited him, and doing so in eight pages. Thereafter he spends some time making the ridiculous credible by refashioning characters from Captain Britain’s past. It’s not yet all gold, the ideas are initially not matched by the execution, but there’s some suspense and intrigue.

Whether Moore dropped his word count or Davis learned to excise some of it is something only the creators will now remember, but half a dozen episodes in there are fewer words and Davis’ art really takes a leap for clarity being added to his arsenal. Yet, he thrives on an over-populated strip, and has a fantastic sense of design and incredible, or masochistic, work ethic. Around a third of the way through the book the script calls for an alien court seating thousands of witnesses, and Davis provides a page in which he creates a dozen distinct alien species who’ll not be seen again, seeding a few familiar faces among them. This is after his superb designs for universal despot Saturnyne’s agents, and take a look also at how he illustrates Captain Britain in flight. Other comic artists certainly did.

Davis’ imagination is matched by Moore who confidently varies his methods of storytelling, and in essence replays the events of the opening chapters, seeding suspense and terror. The threat lurking throughout is the Fury, an other-dimensional killing machine impervious to superheroes. It was a residue of the strip Moore inherited, but in name and design only. It was Moore who transformed it from yet another random element into one the of the most terrifying menaces he would ever write. He matches the novelty with his own creations, a telepath constantly in touch with her past and future selves, the tragically fearful Linda McQuillan, and assorted Captain Britains from alternate universes.

Once into full flow there are two consecutive chapters indicating Moore’s ambition. ‘The Candlelight Dialogues’ jumps several months from the previous chapter and Captain Britain is only ever seen as a furtive myth and inspiration, while ‘Twilight World (Reprise)’ delivers the full terror of two threats, neither conventional. By the end of this collection we’re seeing the writer Moore would be and the artist Davis would be, and beyond the opening chapters this is no work in progress, but a progressively improving and thrilling superhero story in its own right still worth reading decades after publication.

For those who prefer and have the money, the entirety is contained within the Captain Britain Omnibus, and it’s awkwardly split over two volumes of Marvel UK’s Captain Britain reprint series, The Siege of Camelot and End Game.