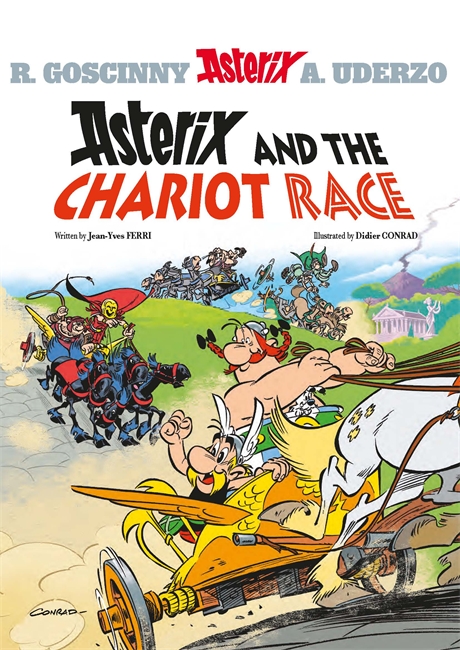 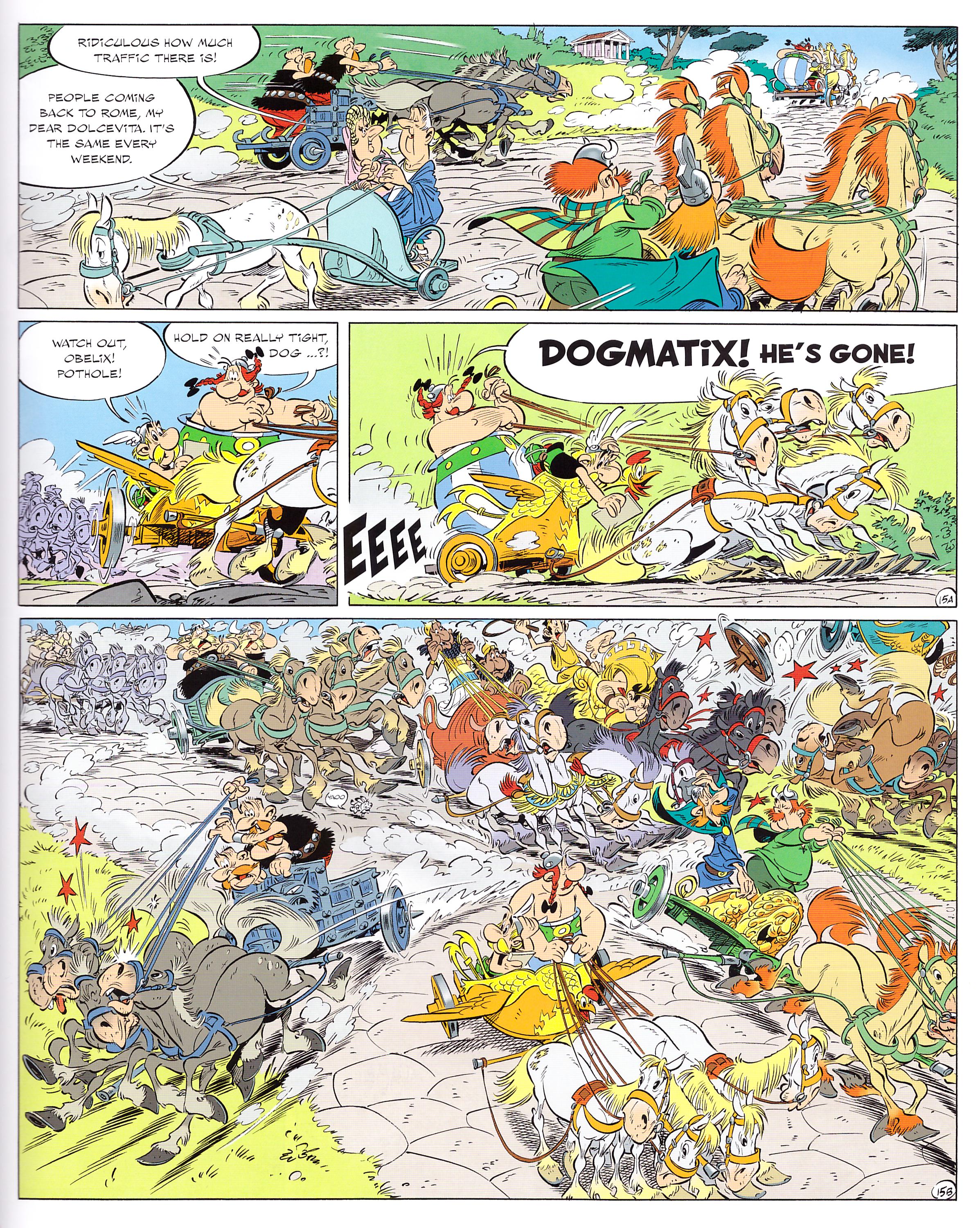 New creators Jean-Yves Ferri and Didier Conrad delivered a decent début with Asterix and the Picts, and followed that with the excellence of Asterix and Missing Scroll. It gave the impression that Asterix was in safe and suitably inspired hands, but Asterix and the Chariot Race is a step back.

In order to distract from the number of potholes in the famous roads leading to Rome, an official declares a chariot race open to all comers. The ending is therefore not so much telegraphed as battered around our heads with the telegraph pole. The involvement of Asterix occurs when Obelix has his fortune told in the local market and buys a chariot.

Ferri sensibly avoids the temptation to turn the plot completely into Wacky Races, yet heads some way in that direction, with the Roman chariot, under orders to win, adopting as many foul means as fair. But this is a book that’s neither fish nor fowl. It’s in the spirit of albums like Asterix the Legionary in which national stereotypes are exploited to comic effect, but in these more sensitive times the comedy is restricted to the dialogue being conveyed in differing fonts representing the language. There’s inordinate care taken to avoid any stereotyping. Odd, then, that it’s still considered acceptable to caricature the African characters with bulbous red lips.

In terms of English translations there’s a passing of the torch as this is the first Asterix book to have no involvement from Anthea Bell, with Adriana Hunter producing the English version. For better or worse she relies less on classical allusions for the Asterix tradition of comedy names. It’s difficult to imagine Bell naming a character Kweenlatifer, for instance, or Madmax, and there’s a lack of elegance about this, as there is about the book as a whole. At times it seems as if the main satire is intended to reflect the Tour de France cycle race. Elements certainly suggest this (qualms about potions, a gruelling journey in stages, sponsorship), but as with other aspects, it’s vague and never followed through. The Gaulish villagers are half-heartedly thrown in for a couple of pages at the start and the customary final panel, Julius Caesar breaks with his tradition of forced dignity, and the eccentricities of some Italian towns are highlighted. There are laughs to be had, but for adults they require more searching than usual.

For everything written above, the children of the world are likely to notice little difference as the art is far better than the writing. Conrad effortlessly apes Albert Uderzo’s distinctive style, so this looks like an Asterix book, with busy, packed panels featuring expressive detail, no effort spared for crowd scenes, and some inspired moments. The design of the ridiculous chicken-themed chariot Obelix buys is one.

Asterix and the Chariot Race doesn’t approach the depths of the poorest Asterix material, but it very much has the feel of going through the motions.