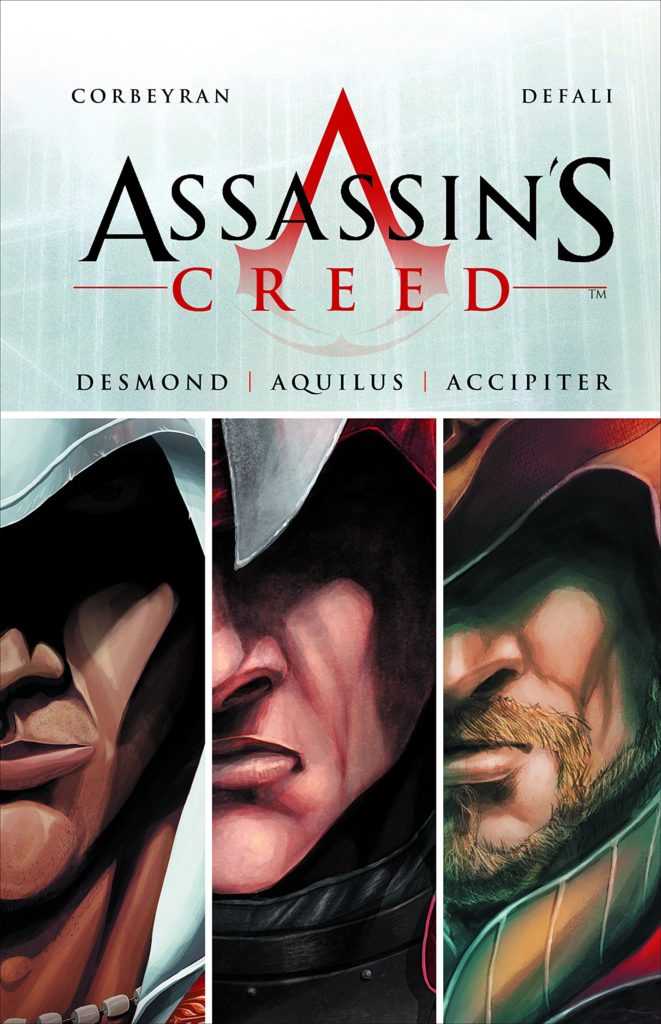 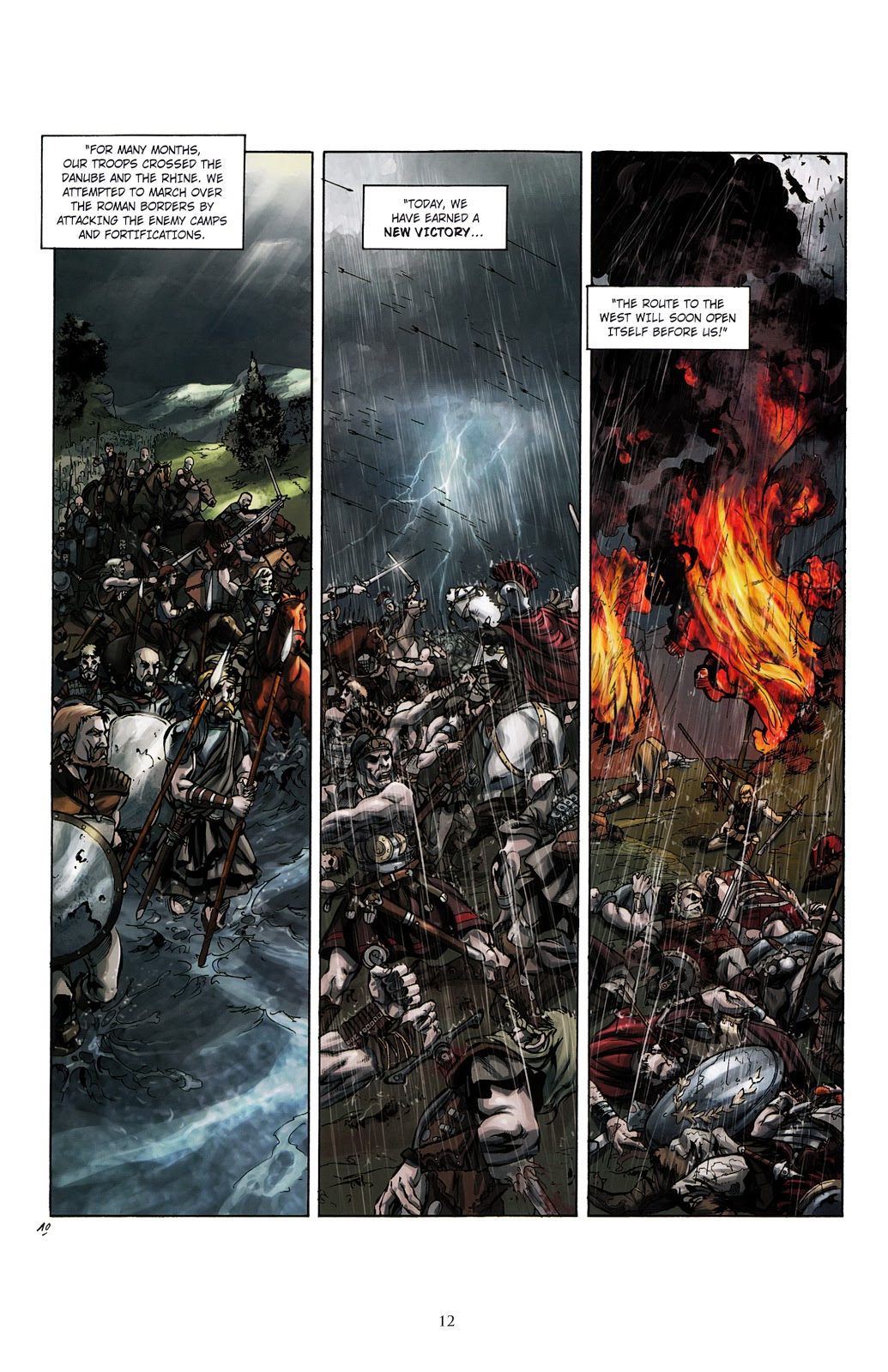 With Assassin’s Creed a global phenomenon and each new game release an event, graphic novels based on the idea of a centuries long battle and people able to experience the lives of their ancestors was a no-brainer. The Ankh of Isis Trilogy collects the first three releases. If preferred, the books are available as individual volumes titled Desmond, Aquilus and Accipiter.

When originally commissioned they tied in with the release of Assassin’s Creed II, so focus on Desmond Miles, raised as an Assassin and attached to machinery to relive the life of Roman warrior Aquilus. For those wrapped up in the game’s world, the graphic novels offer more background information, about the Templars in particular, but the creative team selected doesn’t bring out the best from the concept.

Djilalli Defali was a relatively inexperienced artist when he began working on Assassin’s Creed, and it’s not until the third volume that his art falls into place. Before then it’s actually amateur in places, with poor figures, and no depth to the art. He tries with the layouts, the sample art showing an ambition but messy execution, and to be fair to him he’s often handicapped by Eric Corbeyran’s wordy scripts. However, Defali’s only real strength from the start is the effort he puts into the backgrounds. Corbeyran had a longer track record, which makes his lack of effort worse. He includes random events of no relevance, has characters figure things out via pure guesswork, introduces subplots then drops them, the preposterous romantic interlude in the third volume a prime example, and never defines anyone beyond their dialogue. This is often stilted, which might be the result of poor translation, but Corbeyran does rely on characters explaining the plot to each other.

The ankh of the title is the key object. Desmond is reliving the life of Aquilus in order to discover where it might be in the present day, and while he’s alongside other Assassins, the Templars are a constant threat, providing the present day action moments. No-one is given a personality, and after building up the threat for three volumes the ending is a real damp squib, just being the introduction of Assassin Jonathan Hawk, whose story is the focus of the next trilogy. That’s collected in Assassin’s Creed: The Hawk Trilogy.

This is a real missed opportunity, providing nowhere near the thrills and expanse of the game, and for a long time below what most would accept as professional standards.