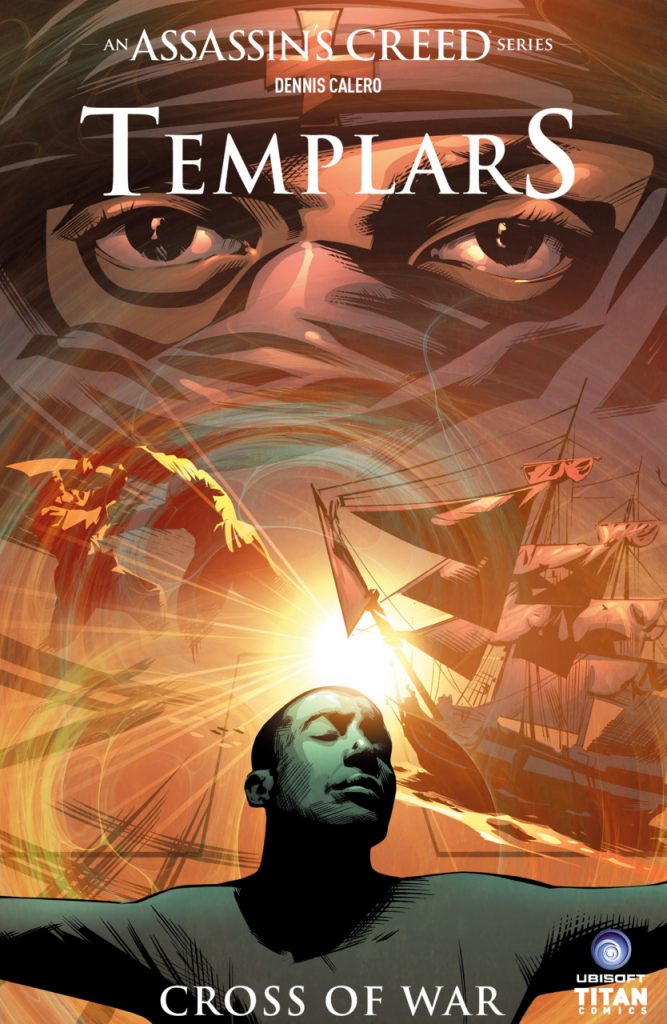 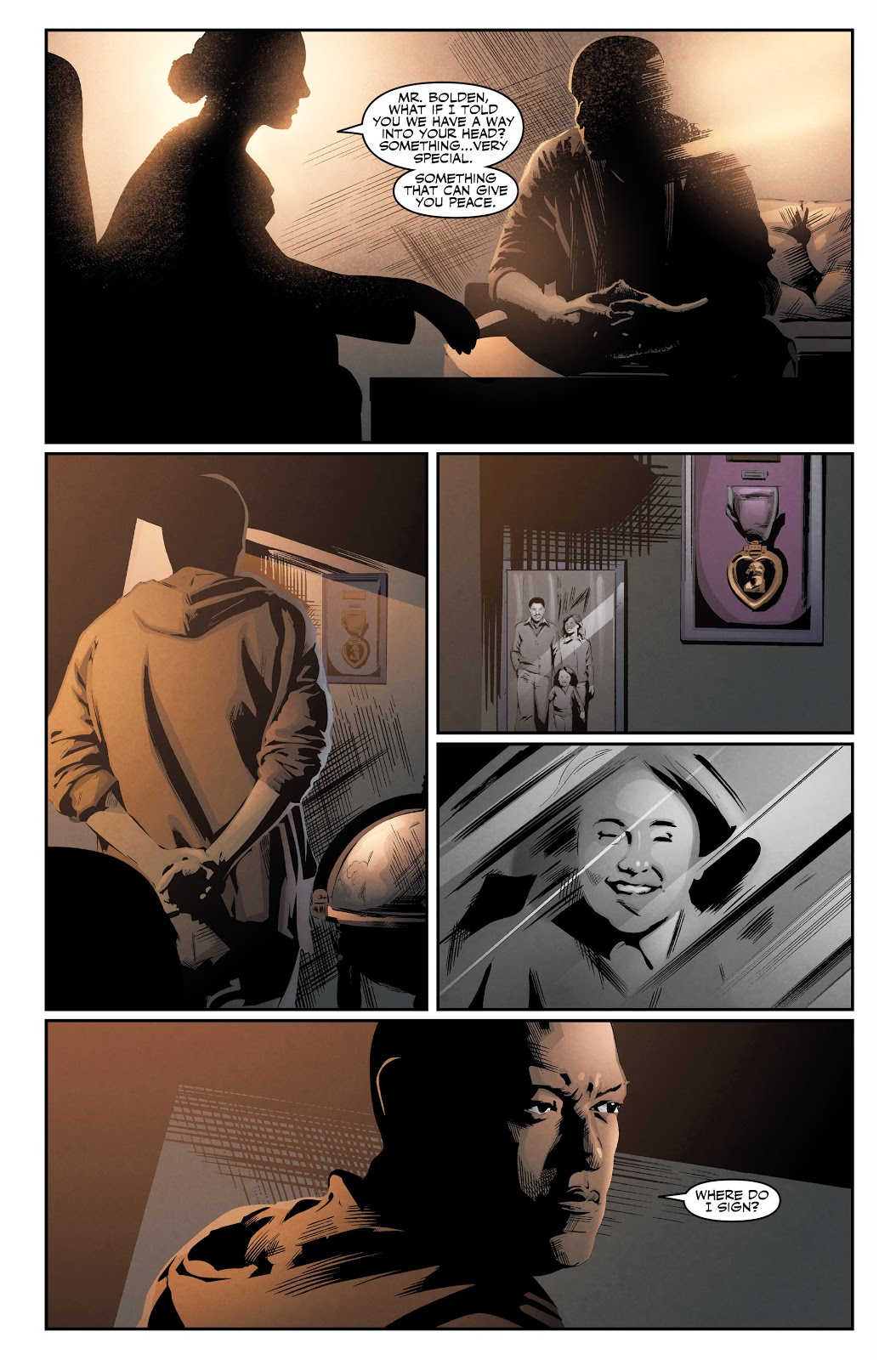 Vietnam vet André Bolden has several major regrets about his life as he enters his seventies, but when he’s approached by Abstergo Industries with the promise of medical treatment he accepts their offer.

Anyone familiar with Assassin’s Creed will recognise Abstergo as the Templar front housing Animus technology enabling people to live the lives of their ancestors. As seen in Black Cross, they’re particularly interested in the experiences of the Bolden family, but don’t clarify that for André.

Having illustrated Fred Van Lente’s story previously, Dennis Calero both writes and draws this shorter four chapter sequel. It mixes action in the present day with the past of the 19th century North African slave trading community. Calero’s a frustrating artist. He draws a lovely merchant ship, and plays a lot with light and shadow, but this is randomly generated, so while it makes for an interesting visual effect, when it’s so frequently used it prompts one to ask where the light is generated. It’s also inconsistent, as in the course of the same people talking in the same place the light will shift around. There’s more inconsistency with the way André is drawn. On the sample art Laurence Fishburne has been used as the model, yet elsewhere André looks like Samuel L. Jackson, or like neither actor. It’s bordering on insulting as the primary white character doesn’t switch between Gary Oldman and Matt Damon.

Calero’s plot is slow release, and his characterisation of André spot on. He’s smart, still has his military training and adapts quickly to new circumstances. At first he appears to be just the vessel through which the past is accessed, but that underestimates him. There’s also a personality to Graff in the past, and because he’s more important to The Cross War, Calero is able to show us more of Juhani Otso Berg’s sharp intuition and talents. There’s isn’t quite the depth of historical research some writers apply, but Calero keeps the intrigue high, so that doesn’t really matter. It’s a solid adventure without matching Black Cross.

For some reason there’s considerable confusion about this volume in online sales listings. In common with several other Assassin’s Creed graphic novels, some Amazon pages have this as a text novel, and other sites credit the involvement of Fred Van Lente, which isn’t the case, and title the book The Iron Cross.