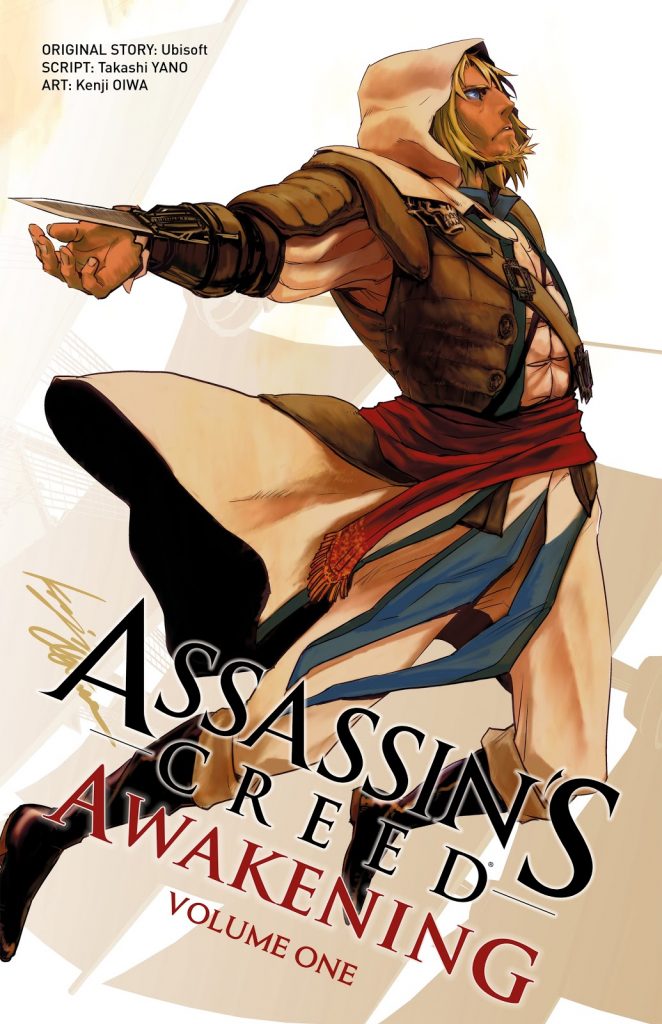 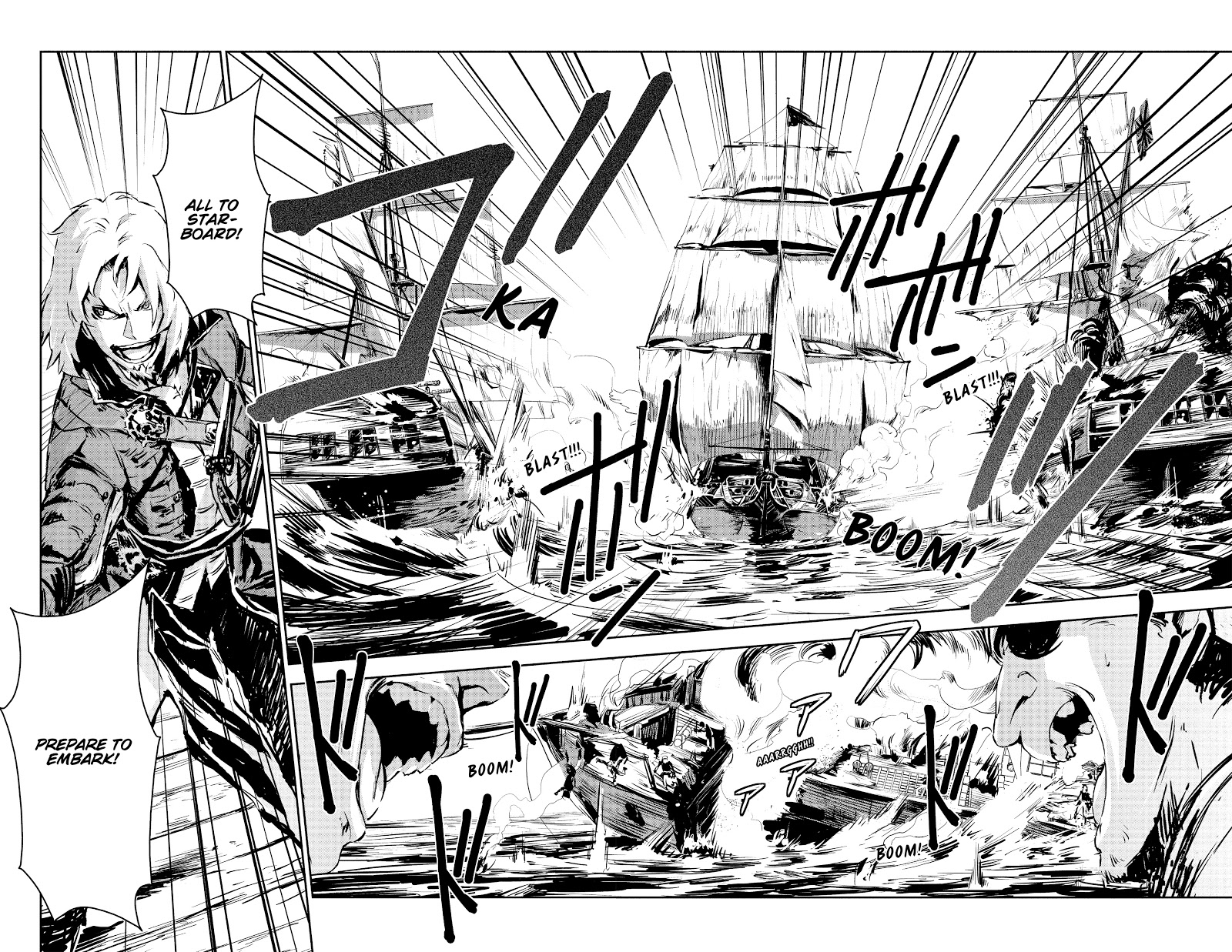 The reason games company Ubisoft are credited with the story for Awakening is because it’s an adaptation of the fourth Assassin’s Creed video game, Black Flag, originally serialised in Japan and subsequently translated into French.

Adaptors Takashi Yano and Kenji Oiwa set a fast pace from the start with a thirty page 18th century naval battle. This is Masato Yagyu experiencing the life of his pirate ancestor Edward Kenway via technology developed in the hope of locating an object separated into sections, each of which was hidden at some point in history.

Masato is troubled. His mother left the family years ago, but he knows she works for Abstergo, and has been told she designed the software he’s been testing, which he’s informed is a prototype for a new video game experience.

While extremely fast moving, with Oiwa good at choreographing the action, this opening volume of Awakening is also slim when it comes to the plot. We’re basically supplied with two prolonged action scenes in the 18th century separated by Masato’s misgivings in the present day. He resents his mother for abandoning the family when he was younger, but is also curious to learn the truth about her. When hooked up to the technology, though, Masato is surprised when others in the past consider him an assassin. He learns about the sections device being sought and heads off Mexico in search of one.

Oiwa’s a good artist, but the adaptation inevitably invites comparison with the Black Flag game visuals and the action manga in black and white falls well short of lush 3-D animation. Yano’s also tied into the game plot, and seems to be stretching it greatly. We don’t really learn enough about Masato to make him sympathetic until right at the end, where he also learns the truth of what his trips to the past are. It leaves hope for improvement in Awakening Volume Two, but this fails to hit the spot. 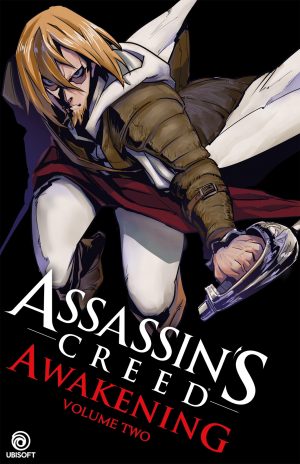