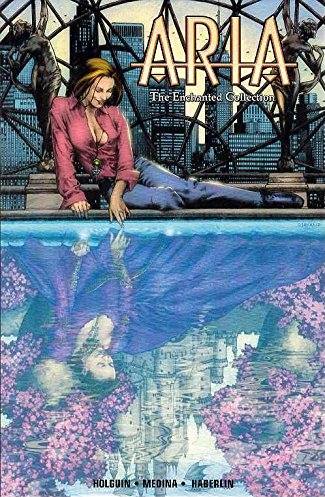 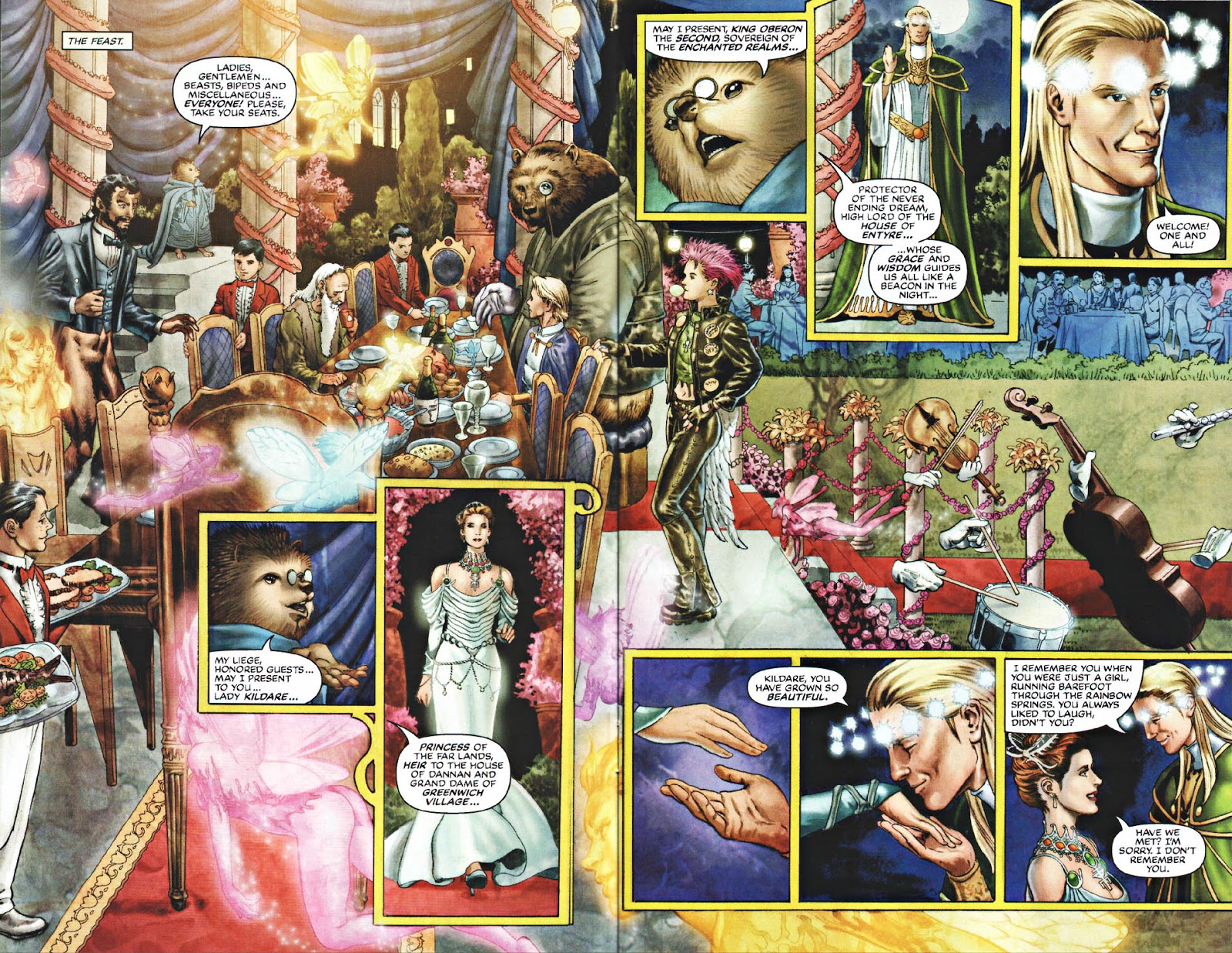 Most fairy tale worlds are populated by some form of talking animal, yet they’ve been absent over two previous Aria graphic novels. Here they manifest, along with a whole selection of other items from the fairytale catalogue as Kildare visits the Kingdom of Enchantment, the longest of the two stories supplied.

Almost every fairytale deals in illusion, and that’s what’s presented to Kildare, a make believe Disney version of some dangerous people and creatures. It’s a different form of illusion from that faced in The Soul Market, but just as perilous, even if not always intended as such. Brian Holguin takes the comforting and gives it both a horrific and tragic twist. His writing skills have grown greatly over three graphic novels, and this untitled opening story surely matches his aspirations when conceiving Aria. It’s successful emotional drama dependent on the personalities, and building toward the inevitable, all beautifully drawn by Lan Medina. Steve Oliff and Andy Troy’s colouring adds a vibrancy that contrasts the actual state of affairs.

Marc Pajarillo draws some of the accompanying piece ‘Summer’s Spell’, set in 1960s London. It’s nowhere near as polished, the page designs ordinary, and contradicts what Holguin established about supporting character Thomas in The Soul Market. Holguin’s also too keen to supply cameos of 1960s British celebrities, either in person or as visual copies, and while there’s an improvement when Medina takes over the art, the feeling of impending tragedy is never adequately conveyed. This is nowhere near as ordinary as Aria’s opener, but as a combination it drags down the rating of the accompanying piece.

Aria is a series that began as weak and derivative, yet flourished rapidly. Unfortunately, though, by the time The Enchanted Collection was published Fables had well and truly stolen Aria’s thunder, presenting a more structured representation of myths in the modern world, and using more familiar characters. Medina had even drawn the opening story arc, although not quite as sumptuously as here. The first story leaves us with the promise of what might have been.

Despite the title being on the cover, Amazon and other sites list this as Aria: The Uses of Enchantment.