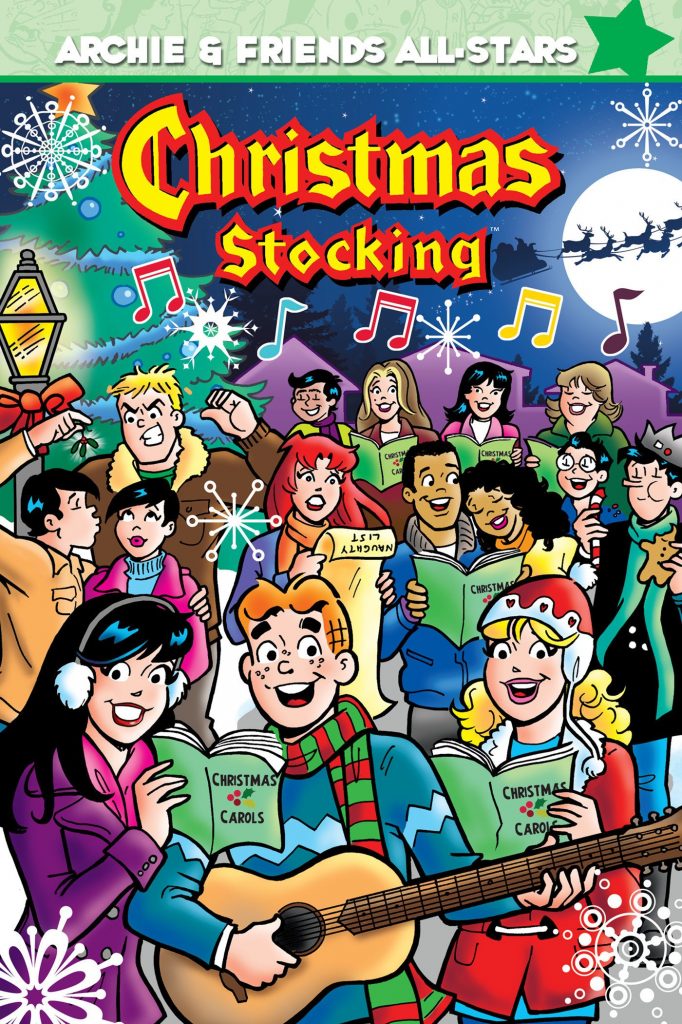 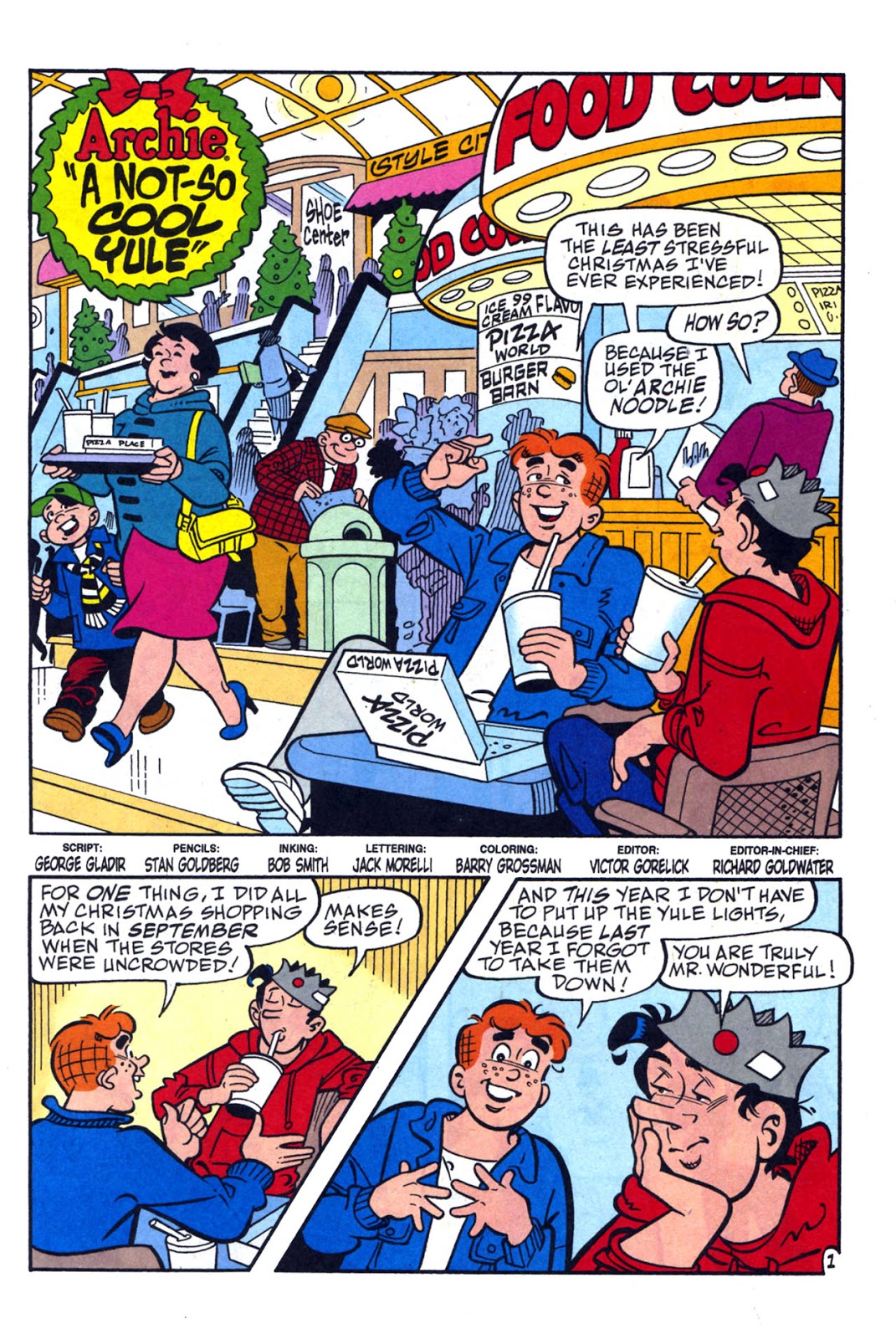 From the 1950s onwards, the Archie team have made Yule time a brighter warmer, dafter time with a gloriously funny, charming, nostalgically sentimental barrage of top-notch stories capturing the spirit of the season throughout a range of comics running featuring Riverdale favourites.

This volume (available in paperback and digital formats) was the sixth in a line of albums blending old with new and capitalising on the growing popularity of graphic novels. It gathers some of the best Christmas stories of recent years as well as an all-original Yule adventure which delightfully shows the overwhelming power of good writing and brilliant art to captivate an audience of any age.

It all kicks off with ‘Have Yourself a Cheryl Little Christmas’, wherein the gang head off en masse for a winter break, not knowing Queen of Mean Cheryl Blossom is intending to spoil all their fun. Luckily the ever-vigilant Santa knows who’s going to be naughty or nice and dispatches his top agent Jingles the Elf (an Archie regular for decades) to foil her plans.

‘The Night Before Christmas’ adapts the perennial 1823 poem A Visit from St. Nicholas attributed to Clement Clarke Moore into a handy introduction to the Riverdale stars, before culminating in a clever and heart-warming family moment for Archie and his long-suffering parents. Then Jughead’s family take centre-stage in the mini-miracle ‘Playing Santa’.

The stresses of having two girlfriends finally overcome Archie in ‘A Not-So-Cool Yule’ before Veronica’s hard-pressed dad once more gets the short end of the stick in ‘Santa Cause’ after which rivals Betty and Veronica succumb to another bout of insane competition in ‘Tis the Season For… Extreme Decorating’.

That darned elf returns in ‘Jingles All the Way’ trying to pry Archie out from under Betty and Veronica’s shapely well-manicured (Ronnie’s at least) thumbs, but faces unexpected opposition from pixie hottie Sugar Plum the Yule Fairy. After that there’s a glimpse of the kids’ earliest experiences when Betty digs out her diary for a delightful trip ‘Down Memory Lane’. This sparkling comic bauble concludes with another tale based on that inescapable ode in ‘The Nite Before X-Mas!’

These stories epitomise the magic of the Season and celebrate the perfect wonder of timeless children’s storytelling: What kind of Grinch could not want this book in their stocking?