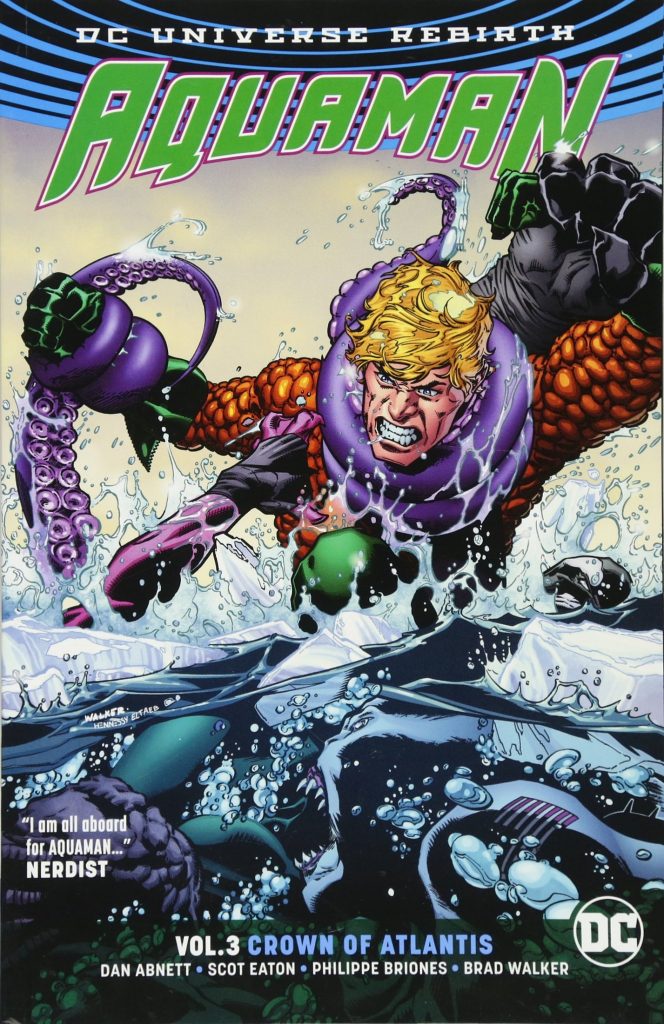 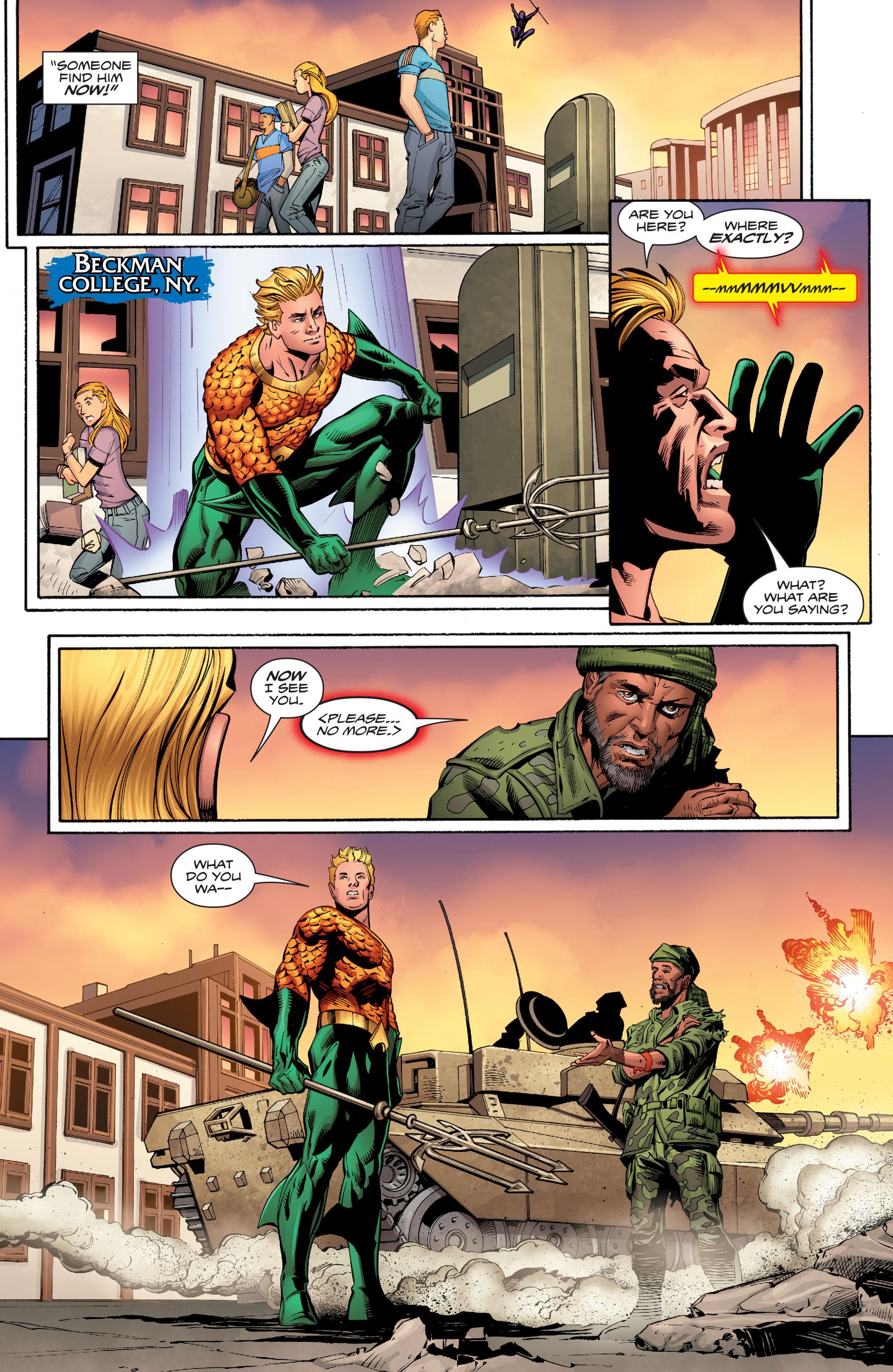 Having completed a very satisfactory epic in Black Manta Rising, Dan Abnett shifts the focus of the series to multi-chapter stories without a background connecting thread. Perhaps other than the genre. Everything presented would qualify as a form of cinema style action thriller, complete with emotional beats.

Crown of Atlantis continues the high quality art that’s characterised the series by mostly offering the work of Philippe Briones and Scot Eaton (sample page), about which there can be few complaints. Both have excelled to date and are so again here. As previously, some of Briones’ figures are awkward, but that’s a minor caveat regarding impressively detailed storytelling. Both artists deliver spectacle in keeping with the mood. So does Brad Walker in the opening chapter, although his layouts are less distinctive.

‘Warhead’ ultimately involves science fiction based ideas, and is characteristic of Abnett’s run to date in preserving characters for later use. Even at two chapters, however, it’s decompressed, and repeats scenes.

‘H2O’ returns Abnett to his opening work on Aquaman concluding the ‘New 52’ incarnation in Out of Darkness, and returning much of its cast. It’s far more satisfactory than the both Abnett’s début work on Aquaman and the opening story. The mission is to investigate the odd phenomenon of what almost seems to be sentient water, unusually dark and already responsible for one horrific transformation, creating the deadly Dark Water. Abnett successfully imbues the story with an Alien-like tension, the homage more obvious for involving a form of marines, although by Briones raising the scales on Aquaman’s distinctive costume there’s a danger of having his torso resemble the Thing’s rocky exterior. There’s a very good use of villain the Scavenger, here somewhat restricted by injury, but serving as the voice of doom and the object of Aquaman’s entirely unsympathetic quips, and overall ‘H2O’ is a tense drama that squirms well away from expectation.

The title story resolves some elements of discontent that have been brewing in the background since Abnett’s opening chapter of this ‘Rebirth’ reboot. It’s clever, transforming from a bog standard superhero slugfest into a concise pulling together of opinion within Atlantis. At the halfway point there’s no clue as to how matters will play out, and how they actually do surprises, leading the way to Underworld.

It doesn’t seem that way at the start of this graphic novel, but the political undertones and ethical issues Abnett’s involved are present throughout, and the way he challenges assumptions about what Aquaman’s doing with equally valid alternative interpretations is very clever. A matter that appeared to be tidily resolved in the previous book doesn’t appear so innovative when viewed by Atlanteans. It results in a plot that’s been run in Aquaman before, but not with as much thought behind it. Characterisation is also first rate. Mera continues to be integral to the series, well defined as loving Aquaman deeply, yet unafraid to challenge his assumptions and his behaviour, and Murk, the Atlantean warrior has surprised throughout, and does so again.

There’s a slight quality dip in the opening story, although the ideas are good, but Crown of Atlantis is another fine Aquaman selection overall.