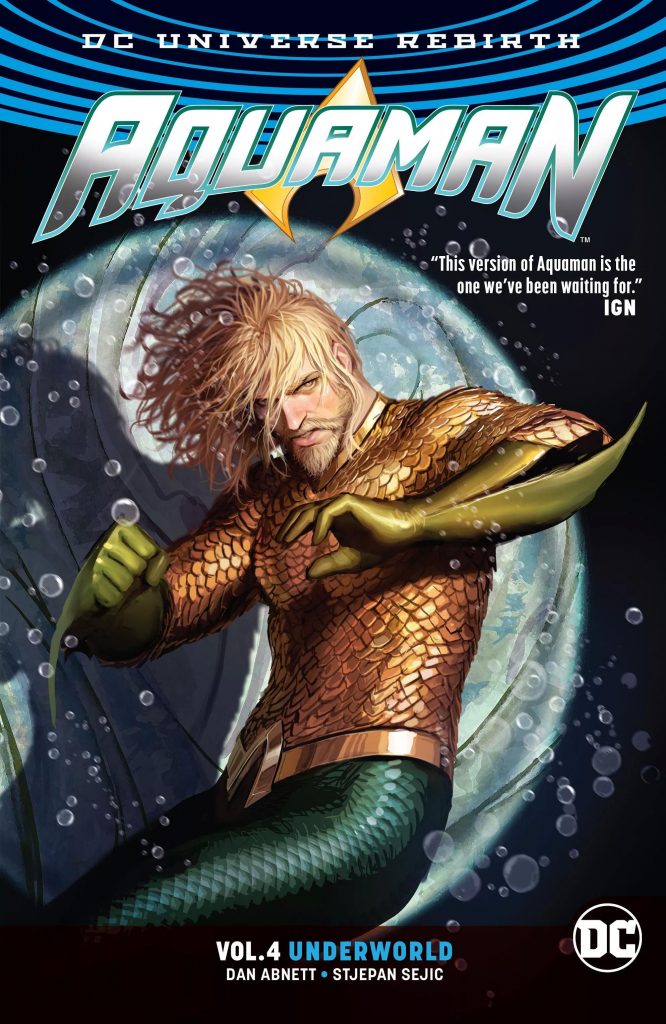 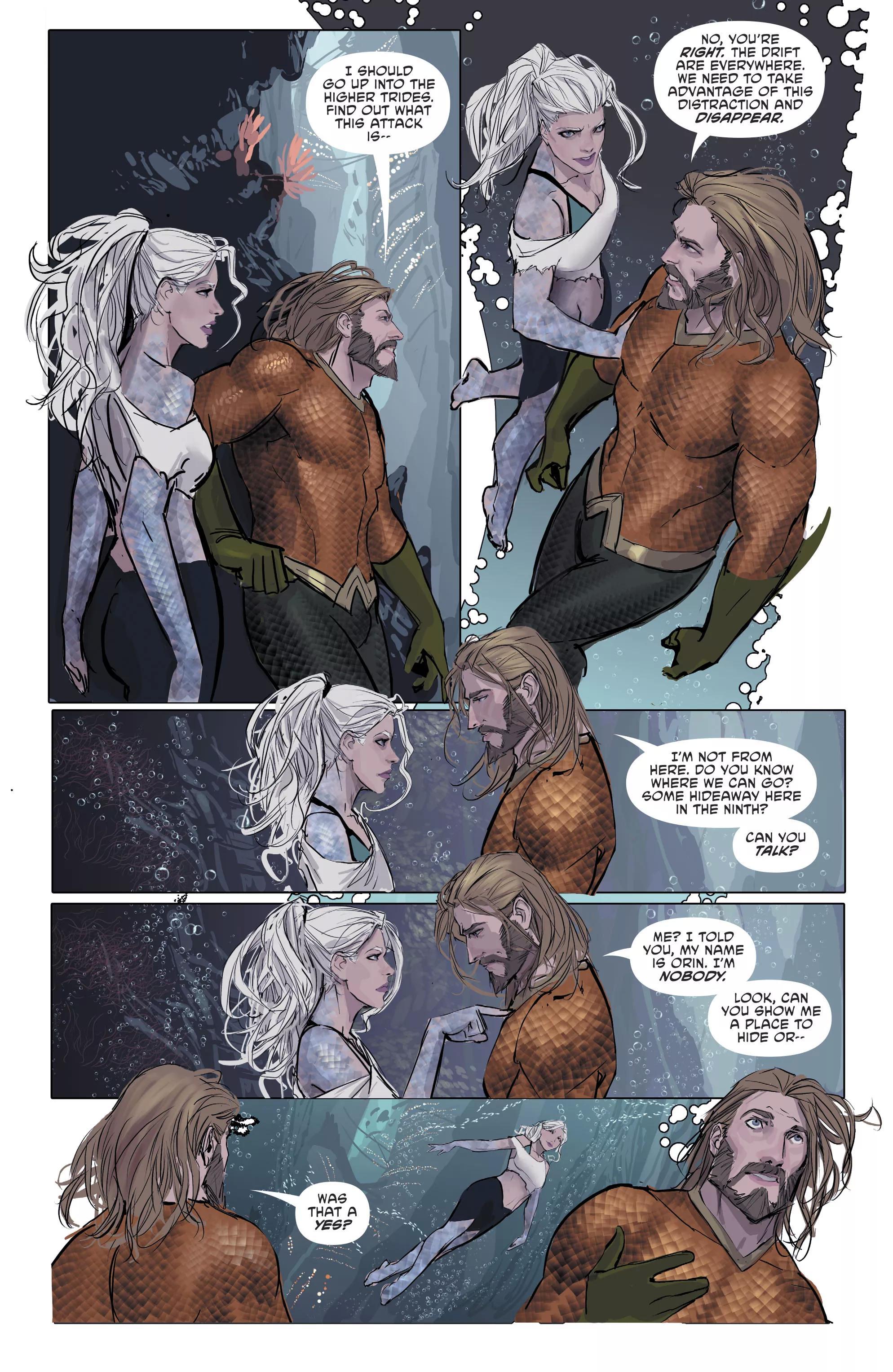 As Underworld begins Aquaman has been deposed as King of Atlantis, but that doesn’t mean the undersea kingdom no longer features. There’s been allegorical content to Dan Abnett’s take on Aquaman and his realm from the start, and this increases in stories written soon after President Trump was elected. The divisions within Atlantean society have received a thorough airing, and like no writer before him, Abnett has also explored the idea of Atlantis as a city with districts having a different flavour. Contrary to opinion, Aquaman isn’t dead. As seen in Crown of Atlantis, he remains within an Atlantis now sealed off from the world, in the Ninth district, home to all those considered undesirable in Atlantis.

Abnett uses the location to restore another undersea character long forgotten at DC, creates a credible new enemy for Aquaman, and introduces mythical magic to Atlantis in a big way. It’s a logical plot device not explored previously, at least not in any great depth, and Abnett uses it in a controlled fashion for specific purposes. While Aquaman remains the focus, he’s not the only person opposed to the rule of Corum Rath and what he stands for, and Abnett looks in on several others, showcasing their different methods of fostering revolution. He’s very good at switching scenes at nail biting moments, having built up sympathies for an expanded cast.

Until now the alternating art of Phil Briones and Scot Eaton has looked very good, but Stjepan Šejić raises the standards to another level with his elegance and decorative stylings. Primarily by setting almost everything against subtle shades of blue he creates a more convincing undersea world for the Atlanteans, and his location designs are imposing and memorable. So are his people. It’s perhaps not realistic that everyone he draws is a representation of physical beauty, but idealisation has long been the backdrop to superhero comics, and Šejić manages this better than most other artists. Sadly, after such an impressive graphic novel he’s not around for The Crown Comes Down.

As that title indicates, by the end of the book Rath has discovered that claiming the crown of Atlantis might be easier than keeping others from it. Underworld has been six chapters of first rate undersea adventure, the best of the series to date.