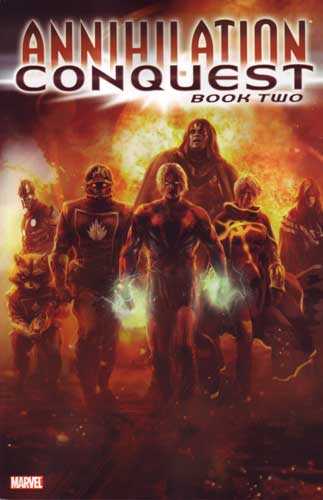 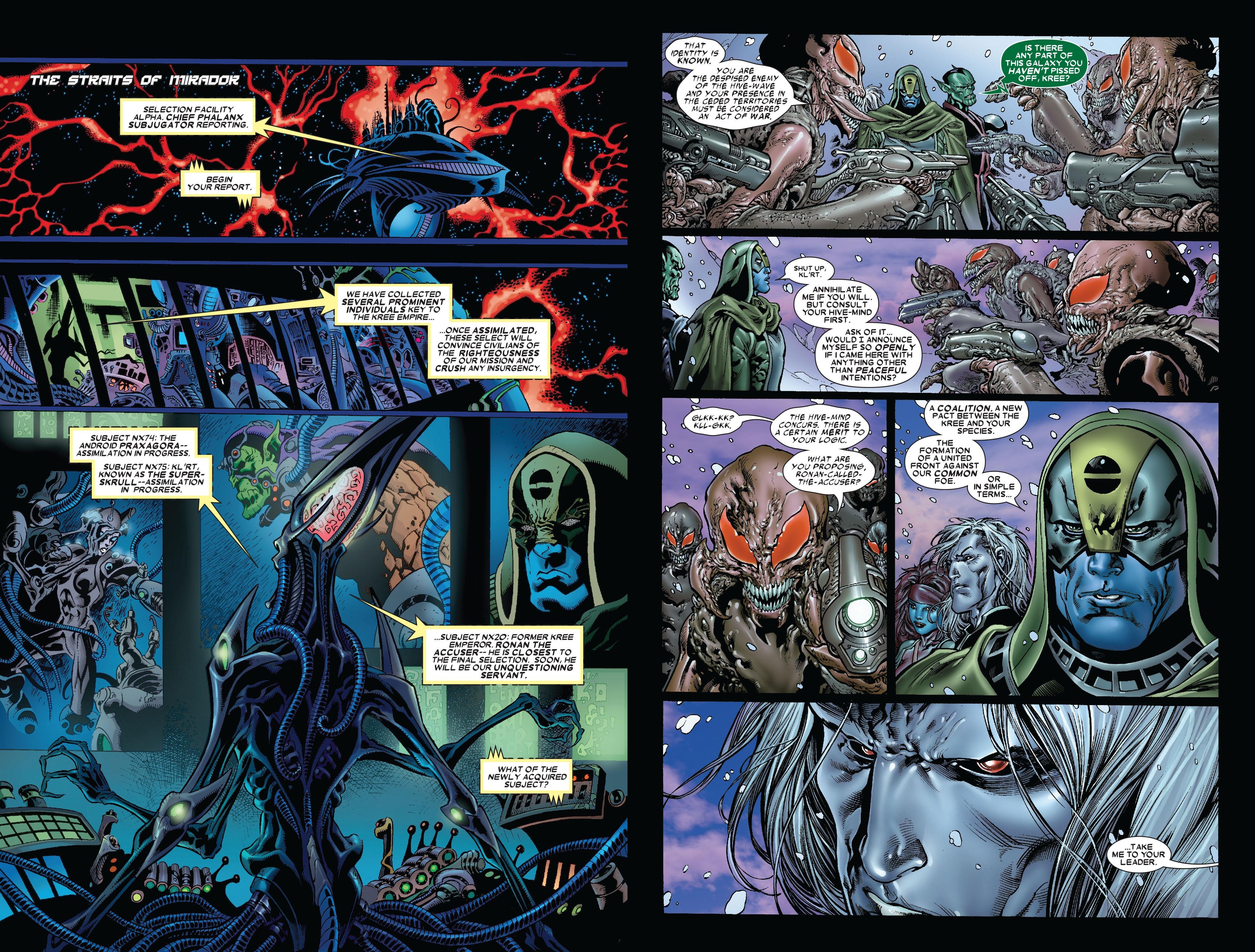 Chaos throughout the galaxy after events in Annihilation enabled a race called the Phalanx to exploit division and hardship to invade other planets and add them to their collective. The Phalanx are a techno-organic hive mind, not too far removed in principle from Star Trek’s Borg, although designed very differently. They’ve isolated the Kree homeworld and much of the surrounding area of space, and among those under their control is Gamora, the galaxy’s deadliest assassin. The opening salvo of Annihilation Conquest showed how Quasar and a team assembled by Star-Lord began fighting back, and this covers the exploits of Nova and Wraith, before uniting the entire pantheon of space heroes.

Nova, at this stage still the original Richard Rider incarnation, and Wraith are contrasting types of science fiction superhero. The technology based Nova is a planner, boosted by a connection with the Nova Prime computer, the sum of all knowledge funnelled back to the planet Xandar, while Wraith is a new character created for Annihilation Conquest, a super efficient physical combatant. While he’s seen tragedy, Nova is a generally upbeat character, while even Sandman would consider Wraith too gloomy. However, he’s something the Phalanx fear. The art styles used on the two characters reflects their contrast, with Sean Chen’s clean lines very different from the twisted figures produced by Kyle Hotz (sample spread left) well suited to the darkness Wraith carries around with him thanks to the concepts of TV writer Javier Grillo-Marxuach. Each hero also meets leading characters from Annihilation, Drax, Praxagora, Ronan and Super Skrull.

Dan Abnett and Andy Lanning write both the Nova spotlight and the story conclusion, which is far better. The revelation of who’s behind the Phalanx concluding the opening chapter of this section is a real “doh!” moment, with everything so obvious in hindsight, yet well concealed, and the writers keep the surprises coming. Unusually, the route they take is by the early revelation of different plans to bring the Phalanx to an end, each of which might work, with magnificent use of Groot in the finale. A revived and uncertain Adam Warlock is added to the already seen cast, as is the High Evolutionary, the twists are credible, and Ronan is very well characterised as man compelled to a terrible duty for the greater good. Despite all that, it’s not as thrilling as it might otherwise be due to Tom Raney’s art, as he has difficulty laying out a page in a clear way. He features the necessary characters, although his humans look strangely emaciated, and they’re cramped into panels that can barely hold them, squirming about and messy. Although only contributing a few pages near the end, the work of Wellinton Alves is far easier on the eye.

More so than its predecessor, Annihilation Conquest is a mixed bag, the basic story solid, the desperate conclusion nicely plotted, but not all the component parts match the concept. What stands it in extremely good stead, however, is that the 21st century Guardians of the Galaxy concept spun from it, infinitely more successful, and the basis for the blockbuster movie franchise.

An Annihilation Conquest Omnibus, merges this with the first volume, but also incorporates a lot more stories of Nova, giving the background of how he can turn up to save the day late on, this being a weak spot as presented here. The Nova chapters here are also available within a separate Nova graphic novel confusingly also titled Annihilation Conquest.