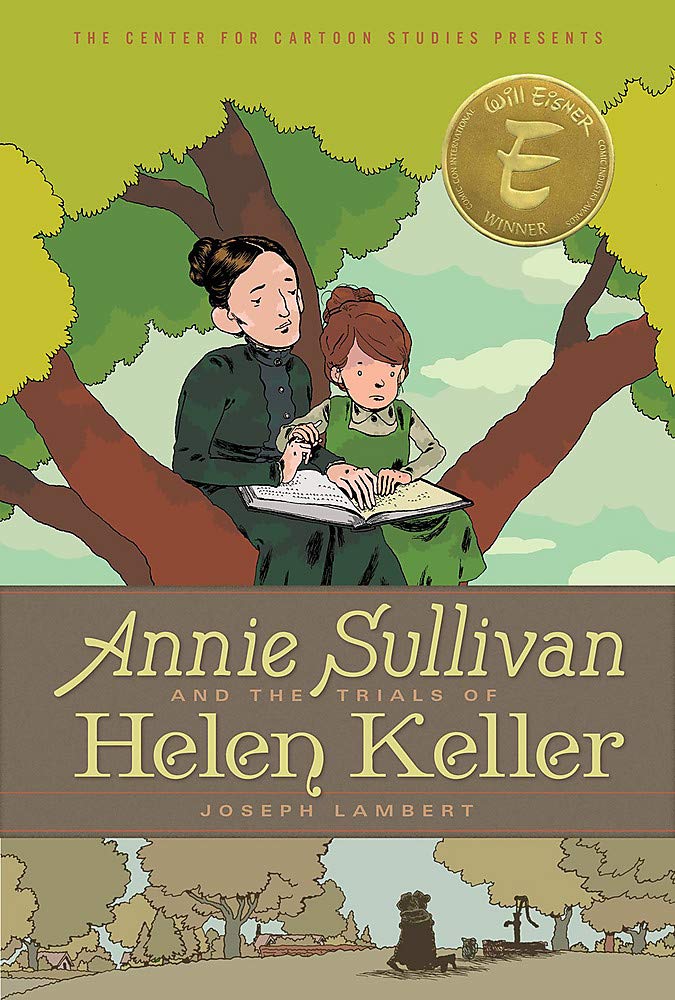 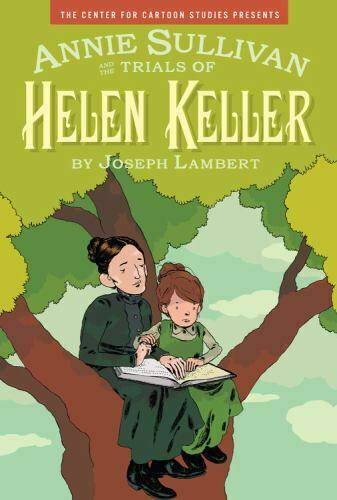 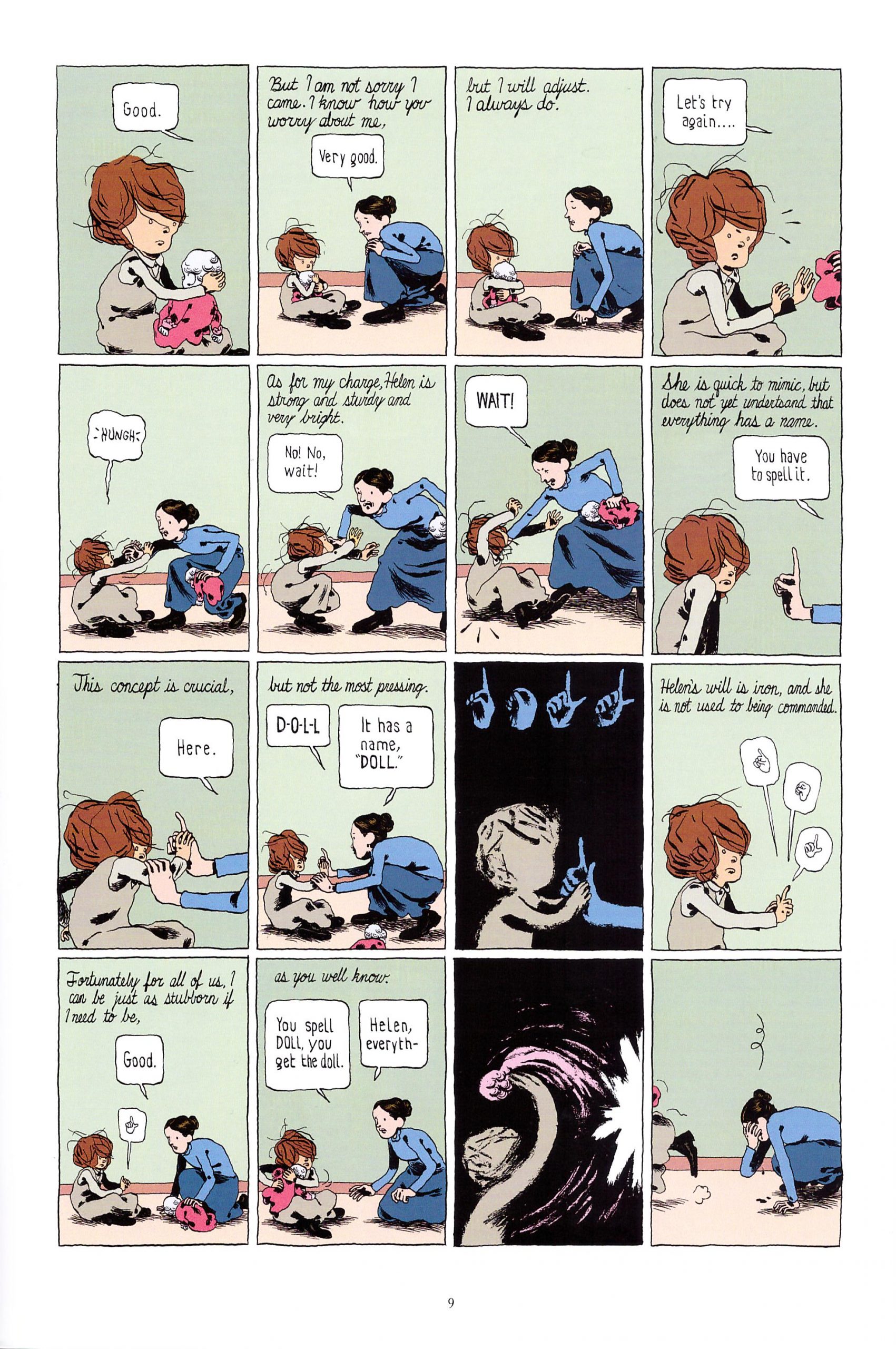 There was a time when Helen Keller’s remarkable story was known throughout the English speaking world, but well over fifty years since her death that fame is beginning to fade. It was 45 years after her passing that the hardcover edition of Joseph Lambert’s biography of her younger years won an Eisner Award as Best Reality-Based Work.

By the age of two Keller was already blind and deaf, yet she would learn to ride and dance, write books and profoundly change public perceptions about her conditions and the life possible with them. That was greatly due to the visionary teaching of the lesser known Annie Sullivan, Keller’s tutor from the age of six. Sullivan’s sight was poor enough to place her on the blindness scale, yet she had a persistence of vision when it came to her teaching methods. Taking on a frightened, yet strong-willed child whose perceptions were so limited, Sullivan’s patience and diligence eventually resulted in a lifelong friendship with someone able to communicate with the wider world despite her disadvantages.

Lambert echoes Sullivan’s discipline by telling her story in an almost uniform twelve small panels per page, only diverging from it for big moments, and echoes her breakthroughs via applying originality to his own methods. The sample page blends the customary narrative style used throughout with a couple of panels as if presenting a visual definition of the world as experienced by Keller, although it could equally be viewing through the filter of Sullivan’s own impaired eyes. It reflects the disorientation experienced by both women. The technique is so well considered, toying with our own senses to provide understanding.

Commonplace visual storytelling is also confidently employed, Lambert displaying early that Sullivan’s imagination, so frowned upon during her 1860s childhood was essential to her later success. Moreso than any of us who’ve perhaps watched Keller’s story on TV, Lambert has considered what it must be like to take on concepts when those concepts can seem arbitrary. Much time is needed to differentiate between “mug” and “milk”, for instance. The result of that consideration is a wonderful insight for readers, who’re offered an immersive experience throughout. A further example of accurate intent is developing the cursive lettering from Sullivan’s own handwriting, and later using Keller’s own style also.

There’s an astonishing humanity embedded in Annie Sullivan and the Trials of Helen Keller, not just in the breathtaking achievements of the title characters, but in the way Lambert is intuitive enough to bring out the incidents that matter deeply. This includes a lengthy formative experience as the ending. He gives us his perception of Sullivan and how her upbringing may have differed from her pupil’s, but in its own way it was equally deprived until someone believed in her and understood her. Dr Michael Anagnos of the Perkins Institution for the Blind is the third great person featured, able to channel Sullivan’s finer traits, enabling her flourishing. Now called the Perkins School for the Blind, the organisation still exists and accepts students up to the age of 22.

With Helen Keller such a well documented subject, and although in her wake, Annie Sullivan also so, that Lambert has brought something new, refreshing and enlightening to their stories is an achievement, but that he’s done it so completely is remarkable. The back cover quotes Sullivan noting her heart singing with joy, and so should that of any reader of this excellent biography.