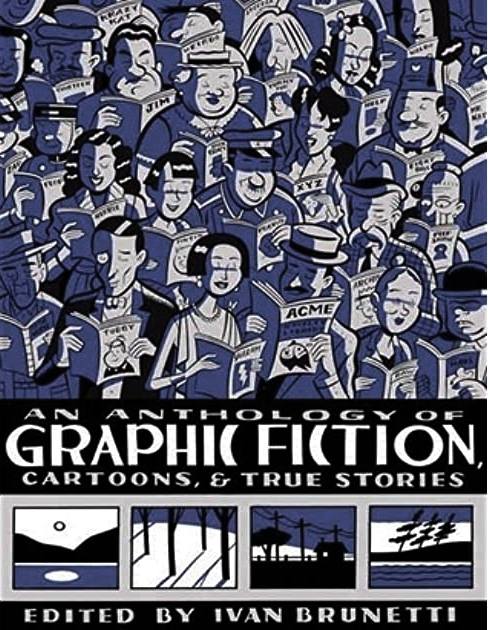 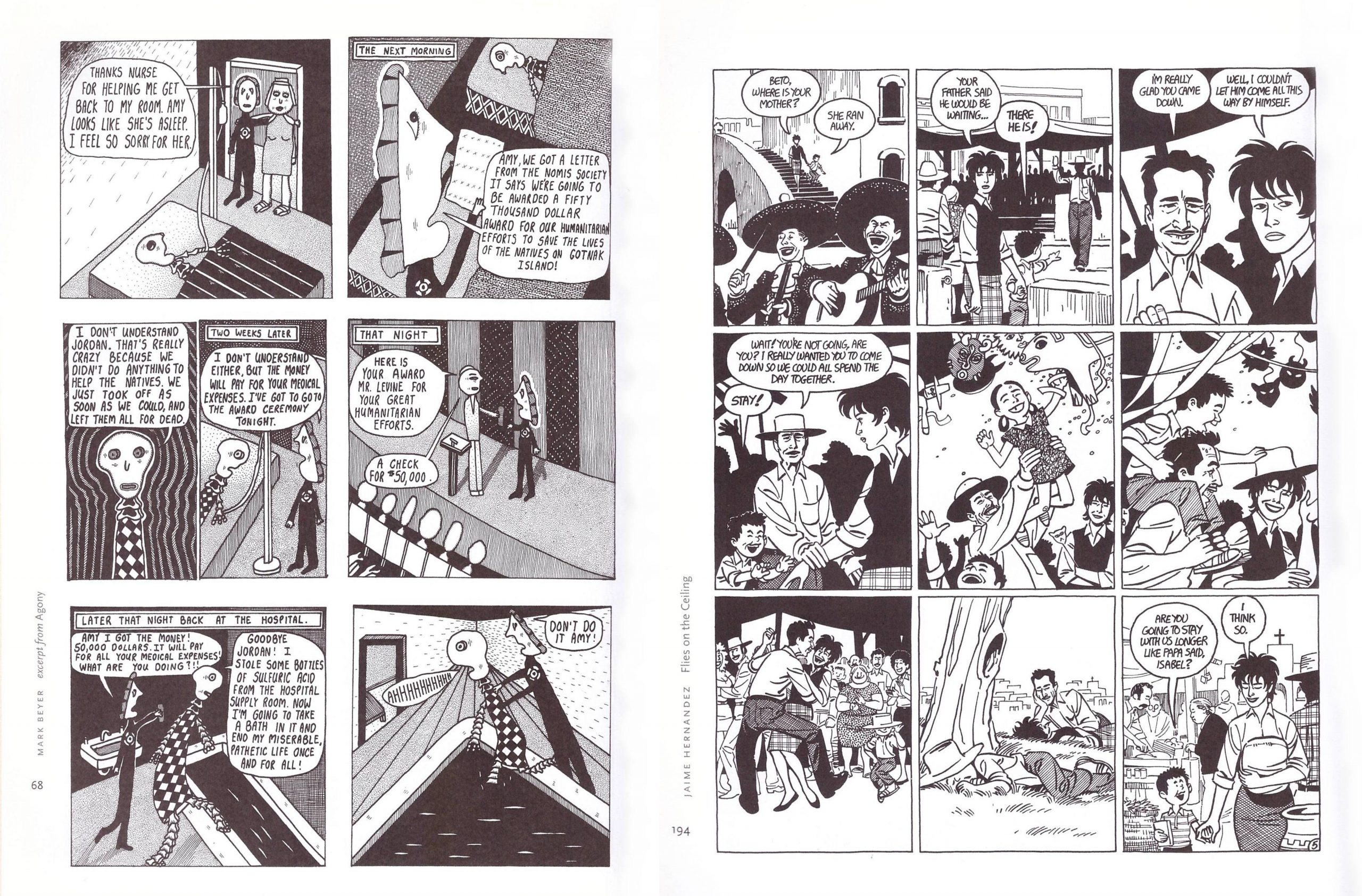 In terms of output Ivan Brunetti’s graphic novel production is slim, with only the Misery Loves Comedy collection entirely his work, but his respect and reputation among fellow creators is immense. That respect, combined with a fastidious curator’s instinct and innate good taste permitted the fantastic collection that is An Anthology of Graphic Fiction, Cartoons & True Stories. The only mis-step is the unwieldy title, perhaps imposed by an academic publisher.

Brunetti presents a snapshot of work by the most respected North American creators of the late 20th and early 21st centuries accompanied by the newspaper strip pioneers, some now a century old. While not an absolute statement, a dividing line for inclusion is those creators owning their own work, so there’s no time-consuming negotiations with corporations regarding permissions. Readers will notice significant divergence between Seth’s cover choice of material and what’s inside. Peanuts, for instance, is represented by loving acknowledgements from Art Spiegelman and Chris Ware on the retirement of Charles Schulz, Seth’s extemporising around a Schulz quote, R. Sikoryak’s clever conflation of Kafka and Peanuts, and an essay by Schulz.

The hardback collection clocks in at just under four hundred pages, and it’s a rare creator allocated more than ten of them, which means just listing names alone could occupy the remainder of the review. Opening the book randomly five times reveals Lynda Barry, Daniel Clowes, David Collier, John Porcellino and Archer Prewitt. It’s enough to note that anyone who knows their comics will know what to expect, and anyone just sampling will be greeted by a wealth of intelligence, individuality and creativity covering a broad range of outputs and influences. Brunetti’s selection favours innovation with the form, be it design or storytelling, or a creative honesty or vision that may transcend technical skill. The result is incredibly open-minded, yet also ensures that no-one is likely to respond well to everything. However, the anthology where not everything is to a reader’s immediate taste is to be valued for opening new doors. The sample art offers the opposites of Mark Beyer and Jaime Hernandez, and while black and white art dominates, there’s also a fair amount of colour, showcasing the remarkable Jim Woodring at his best.

In some cases Brunetti represents a creator by excerpting their best known work in preference to a standalone story, although this is as nuanced as the remainder of the editorial work in representing Berlin, Binky Brown and The Golem’s Mighty Swing among others. Adrian Tomine’s excerpt works perfectly as a brief glimpse into an unhappy life, a common theme. The moods are as varied as the approaches, although the scale from reflective through downbeat to distressing predominates, and Brunetti’s sympathetic sequencing provides extra context on occasion. The sad and appalling autobiographical recollections of Debbie Dreschler and Phoebe Gloeckner trivialise the concerns of Joe Matt in one autobiographical section, while his masterful sequencing of the entire book is an art to be admired in itself. Starting with Sam Henderson’s cartoons noting whimsical little nuances all the way to Seth’s memories of 190 Dublin Street a connection links each successive strip.

If your love of comics extends beyond superheroes, then you couldn’t ask for a better primer. Except, wait, there’s a Volume Two. 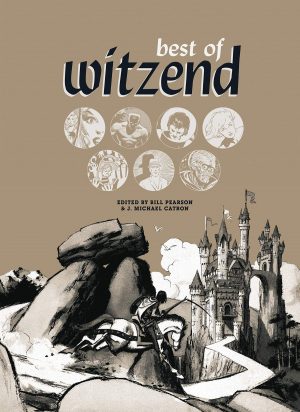