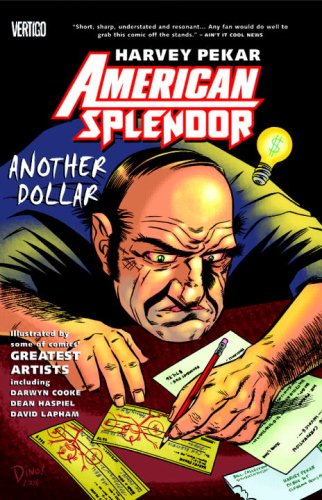 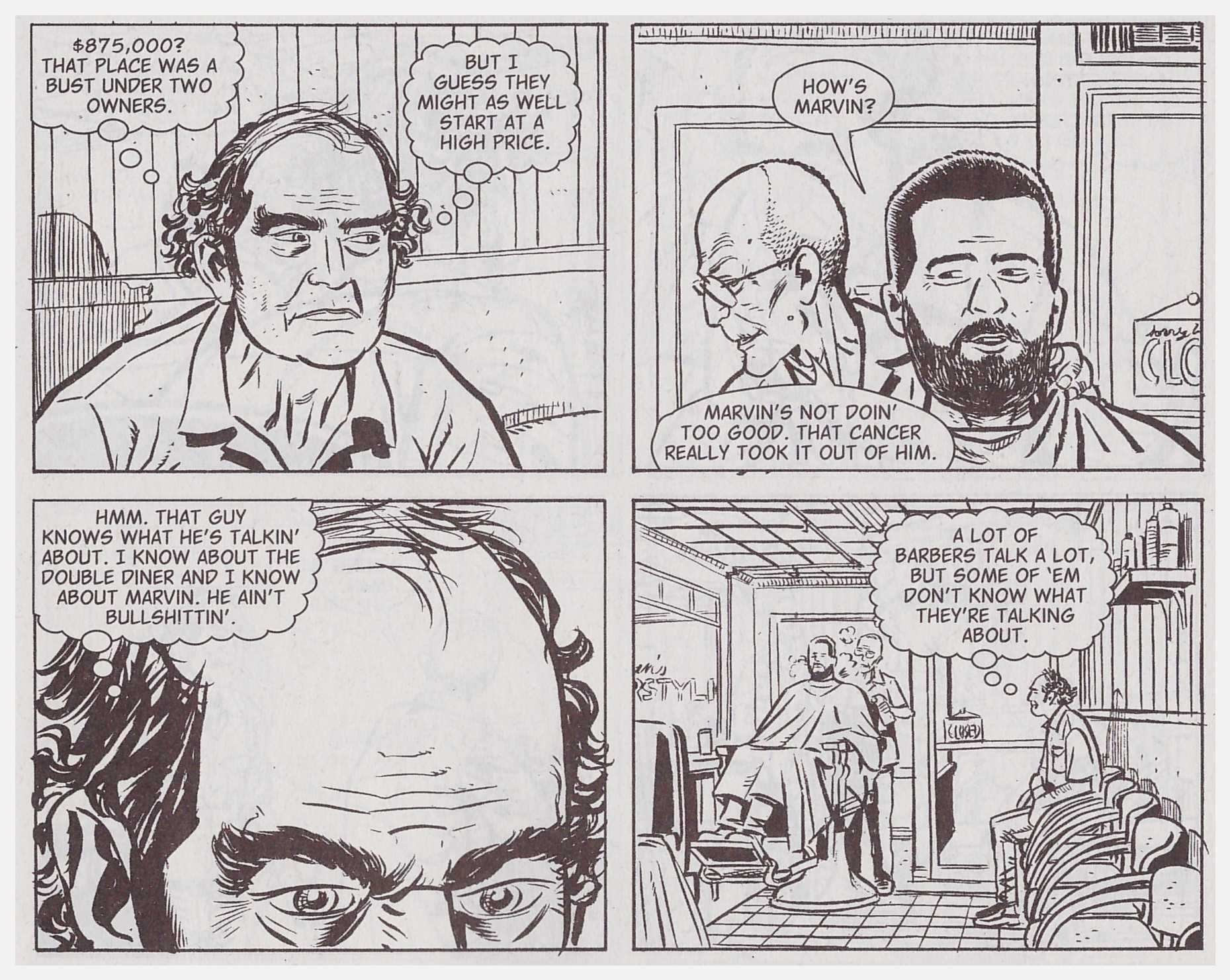 There’s a greater connectivity between the strips here than there was in the companion volume Another Day. Themes followed through include a fall down the porch steps and its aftermath, reactions to reviews of other material, concerns about the planet and those with the influence to make a difference, and about creating his comics.

Insight into how Harvey Pekar collaborates is supplied by recounting a call to Josh Neufeld about a strip published in Another Day. Neufeld modified the ending, adding an extra layer, but Pekar envisages his work in a particular manner, seemingly not encompassing artistic interpretation. The dilemma was to have Neufeld restore the original ending while being concerned not to alienate a good and reliable artist. Eventually there was no extra layer, but it manifests through Neufeld drawing this strip.

In his older American Splendor material Pekar would frequently reference the people he worked with, and this sense of catching up with old friends was absent after he began concentrating full time on writing. It’s prompted here, although in tragic fashion, as Pekar follows up a heart-warming story about a doctor named Joy from the previous book. She’d found employment at a practice run by an eccentric doctor who valued community engagement. The sequel notes his premature death.

Once again, the list of artistic collaborators broadens, with David Lapham particularly good on a story of a kid who’s called Pekar to hang out. For all his grouchy reputation, and misgivings noted in the strip, Pekar agrees and the meeting is every bit as strained and awkward as anticipated. Lapham also delivers a fine story about a barber, but not all artists are ideally suited to illustrating everyday life featuring multiple variations of the author. Unlike the previous volume, some renowned names fall rather flat.

There are those who don’t get Harvey Pekar. To them he’s the perpetual grump moaning about nothing; Victor Meldrew without the jokes. Tune in, though, and there isn’t another creator to match him at articulation from the heart, and enshrining the valuable small moment.