America: The Life and Times of America Chavez 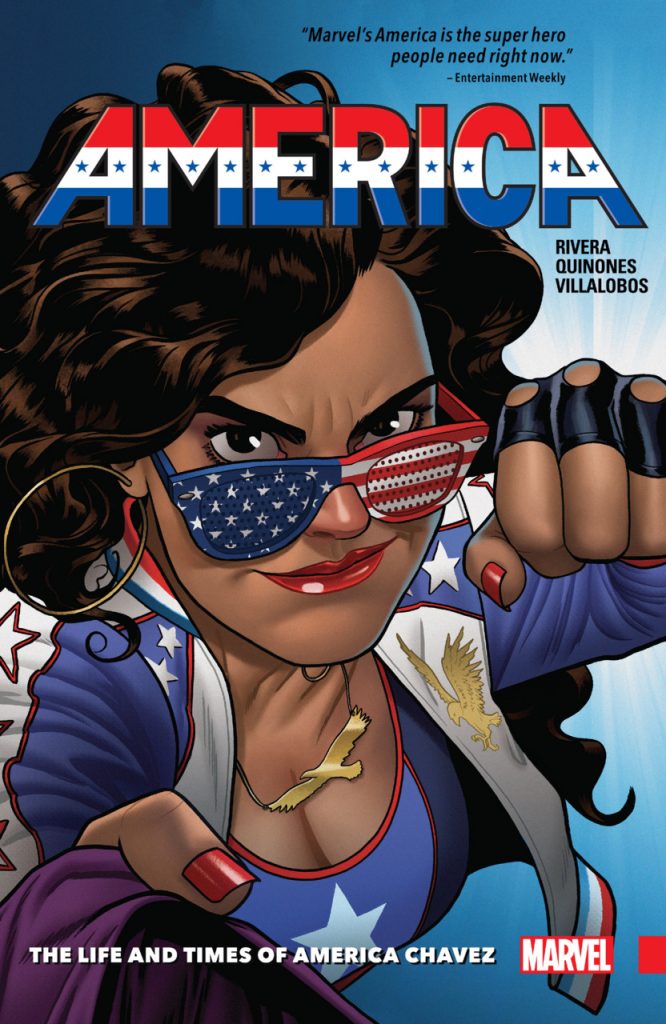 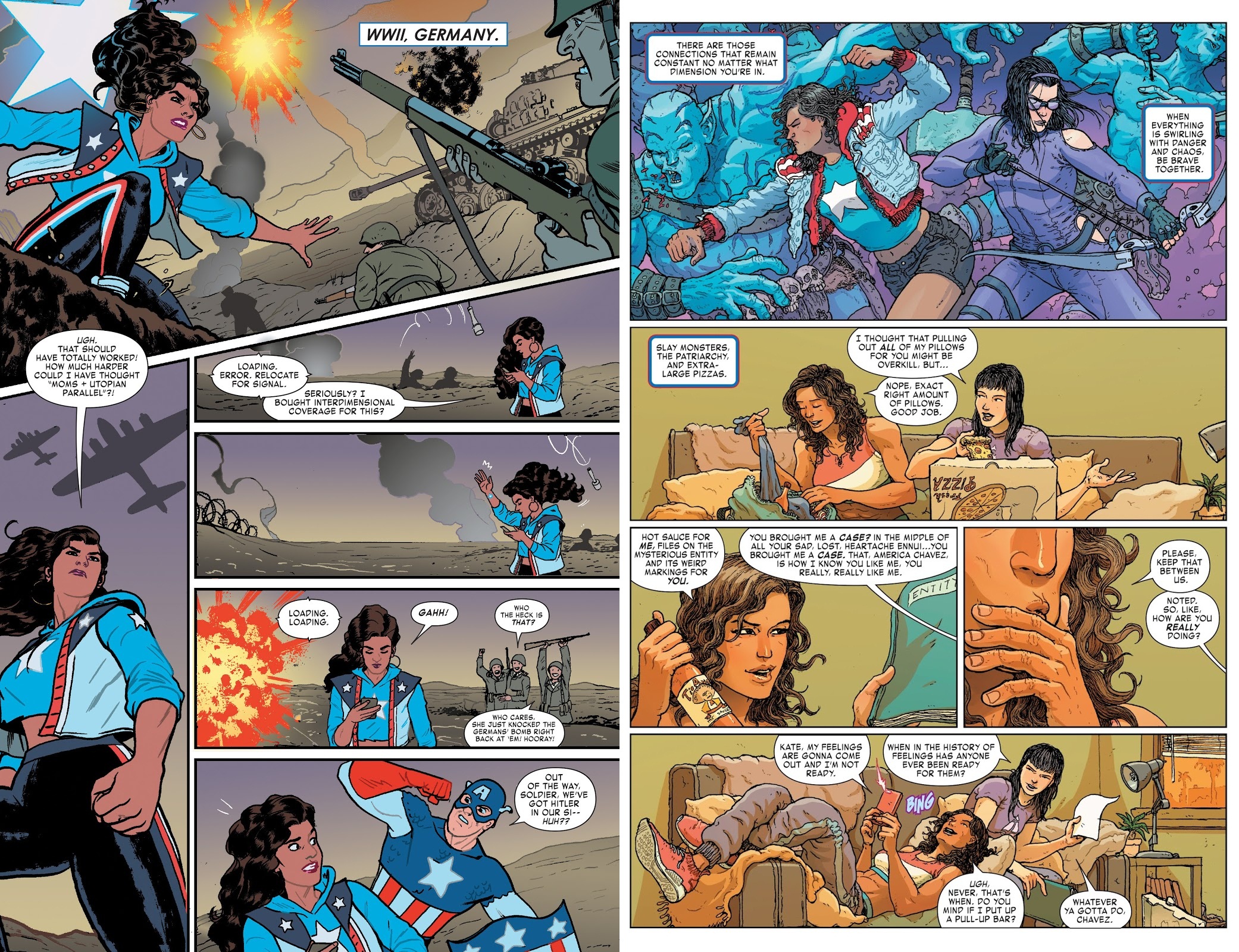 Gabby Rivera packs a lot into The Life and Time of America Chavez’s opening pages. A brief battle alongside the Ultimates on another planet is followed by two pages of America’s girlfriend Lisa breaking up with her, and then America following her dream and hitting college. It’s very nicely drawn by Joe Quinones, but reads as if he’s been provided with the rough notes for a script that’s not been completed. So does much of the remainder. There’s no little irony in a character who can travel between dimensions being completely one-dimensional herself, nothing more than a vehicle for whatever snappy soundbite Rivera puts into her mouth. As such America transmits as entirely self-absorbed, and therefore entirely unsympathetic.

There’s seemingly no editing, certainly no consideration that a story’s best not told in the one-liners so often referenced in smugly self-aware dialogue, or any thought that preaching isn’t the best way to engage with an audience. Almost everything about the first four chapters of The Life and Times of America Chavez is relentlessly shallow, and that’s such a wasted opportunity with an indestructible, orphaned gay teenager who can skip through time and dimensions. Instead her story is one of frequently random encounters in three page segments. The best moments are when Rivera stops trying to be smart and allows some genuine emotion through, such as a confidence boosting session with Storm. The motivation for other characters comes across as contrived, Saturday morning cartoon shorthand.

Artistically, there are no problems. Quinones (sample art left), Ming Doyle and Stacey Lee are all very good, providing appealing people, and toward the end Ramon Villalobos (sample art right) works in a slightly more stylised fashion, but his pages are also nice. He’s working on what proves to be the collection’s highlight. Over two final chapters, collaborating with Kelly Thompson as Hawkeye guest stars, Rivera finally manages to suppress the one-liners to an extent and focus on a narrative, even commenting in-story on the random nature of what came before. A healthy does of whimsical eccentricity continues, but sense can be made of it, and the final two chapters tie everything up. Questions remain as to why certain people would behave in a certain way if not for the convenience of the plot, but at least these chapters offer a sense of hope for better times in Fast and Fuertona. 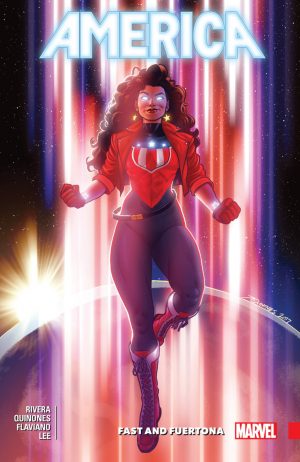