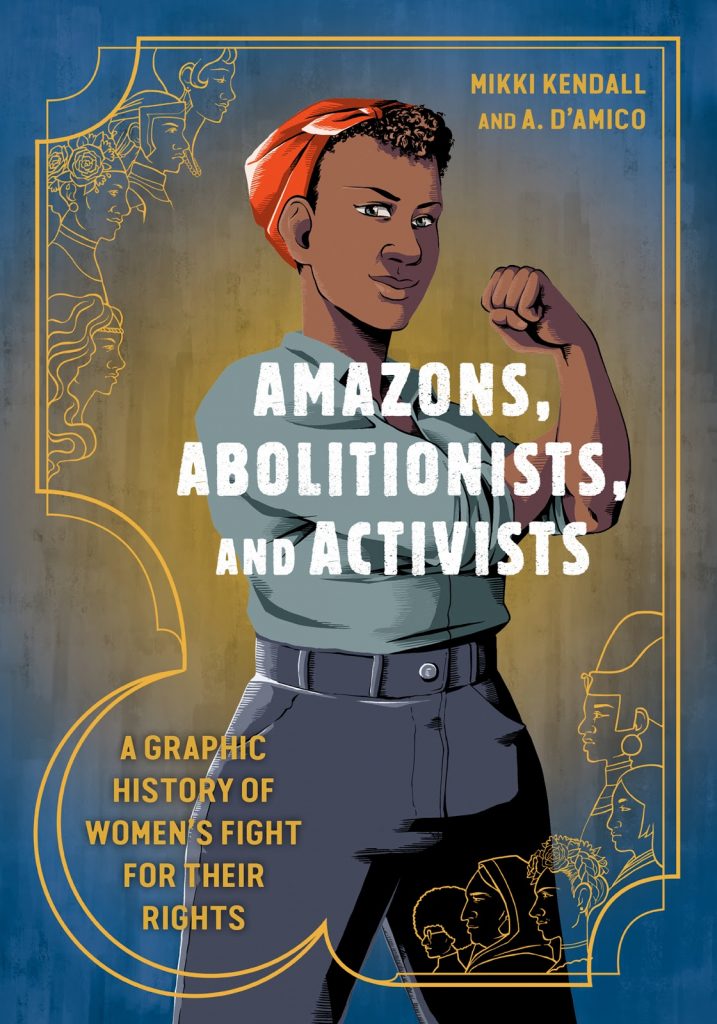 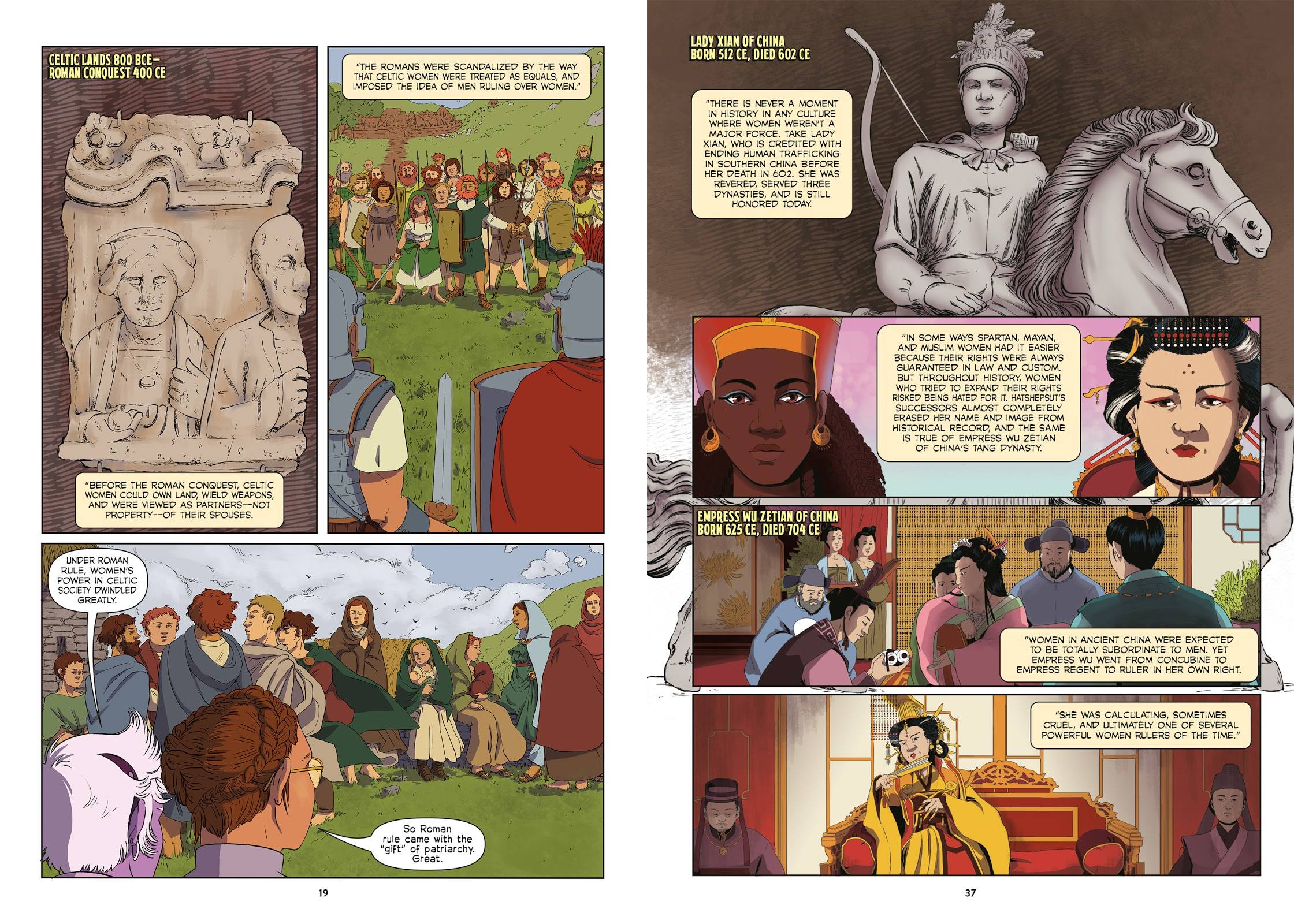 Amazons, Abolitionists and Activists takes an incredibly complex subject over a broad range of cultures to present a coherent timeline of what the subtitle promises.

That this is well researched is apparent over an opening chapter where Mikki Kendall examines the role of women in many pre-christian societies, some of them surprisingly equal, others applying the example still distressingly prevalent of more powerful men moulding a society to their ends. Kendall explains how it was the spread of the Roman Empire that seeded ideas of the patriarchal society throughout so much of the world. Along with that depressing revelation, though, Kendall also highlights some achievements bucking the trend, such as Fatima Bint Muhammad Al-Fihriyya’s foundation of a mosque and university in Morocco, while her second chapter looks at women who held some power over the centuries.

Because Amazons, Abolitionists and Activists covers so much ground A. D’Amico has to be incredibly versatile, supplying the artistic representations of many different cultures in the style of that culture. This is in addition to the futuristic shifting hologram effects of the narrating lecturer and the modern day cast being taught. She really goes the extra mile, though, producing incredible spreads to bring somewhere like a heavily populated Sumerian marketplace to life. There’s life and personality on every page, even when D’Amico is using known portraits as reference, and she’s also very good with clothing.

Despite a depressing start, Kendall shows how there’s not been a sustained culture throughout the history of humanity that hasn’t been strongly influenced by women, and proves that point by taking a world tour pre-dating the 13th century. When the 1800s are reached Kendall details women around the globe who were instrumental in advancing causes, although this is no hagiography and it’s noted when people have views out of step with today’s prevailing doctrine. It’s astounding to read of leading campaigner for women’s votes Rebecca Latimer Felton’s belief that lynching was necessary to prevent black men raping white women. Many other unpalatable views are noted, although more often associated with men.

To be picky, given the range of activism covered perhaps Pussy Riot would have merited a mention, but Kendall deals with an incredibly wide-ranging topic with an admirable compactness. She’d surely be the first to concede her work is just a primer, providing the basics for readers to research the people they’re interested in further, and because her reach is global and spans history there’s no shortage of candidates for even the well informed to investigate.