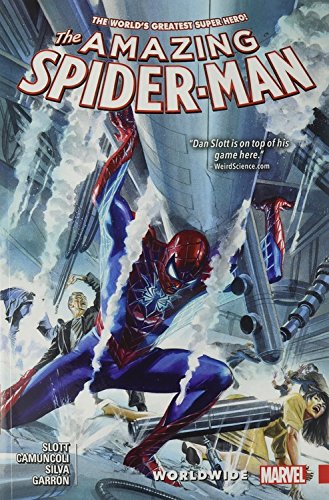 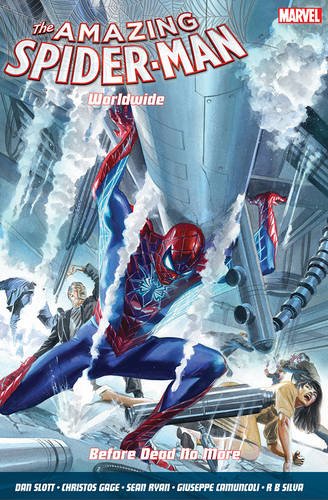 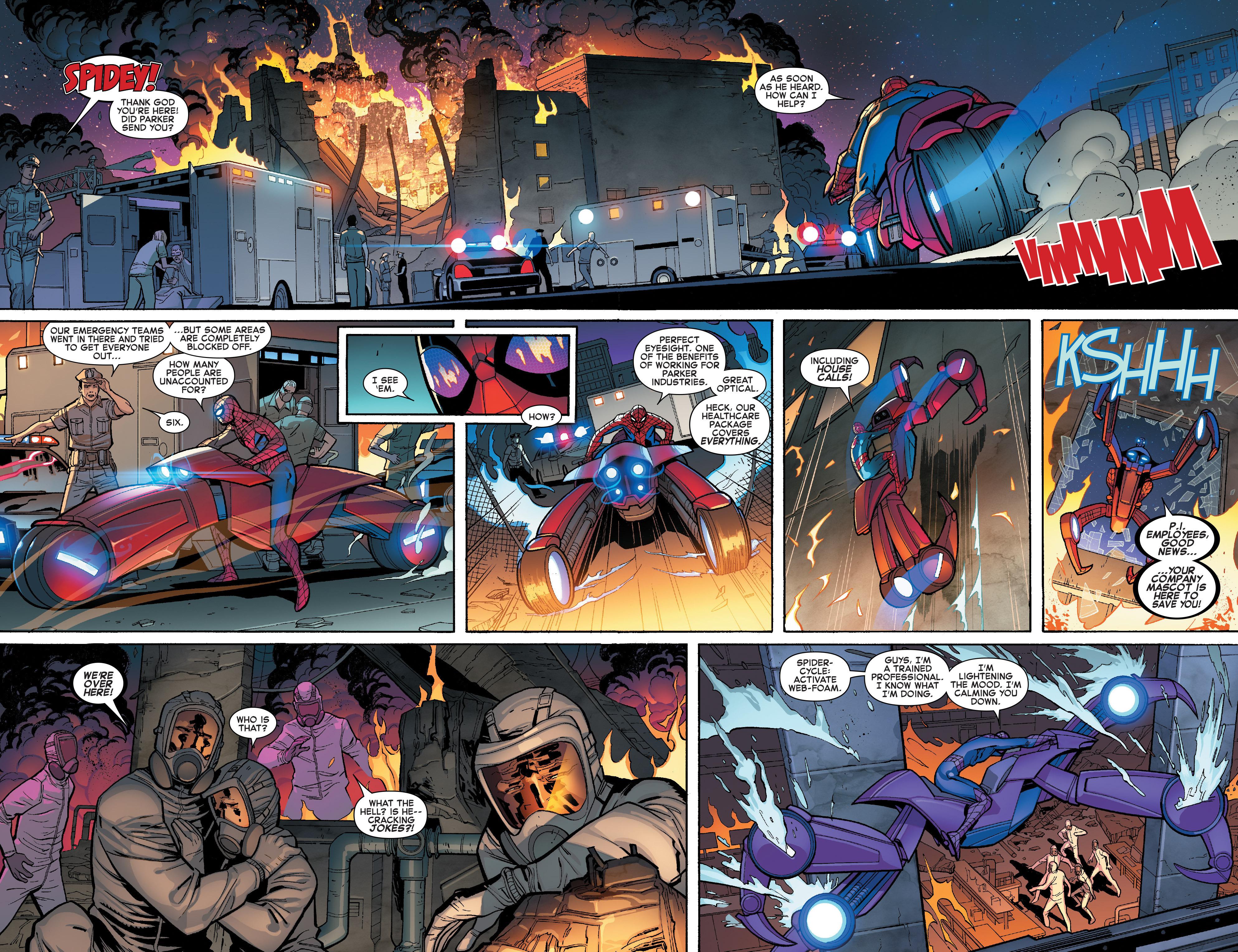 Dan Slott is absolutely brilliant at introducing the jaw-dropping surprise as the page turns, and the opening chapter includes two such incidents. Power Play concluded with Jay Jameson’s collapse, which might appear just another piece of emotional button-pushing melodrama. Indeed, under other hands it might be, but Slott ensures it ties into the main plot neatly. Peter Parker doesn’t yet realise it, but behind the scenes someone with a very familiar name, and a new look, is very much manipulating events. And what makes this chapter really thrilling is that he’s not the only one. Primary artist Giuseppe Camuncoli drops a big clue, but in relatively subtle fashion. Okay, that’s revealed pretty soon afterwards, but to top that, the second chapter re-presents events from the first as seen through other eyes and revealing a different agenda. The third chapter also features a different narrative viewpoint, and by the conclusion Peter Parker’s seeing a lot of people who ought to be dead. He doesn’t know why, but the reader is privy to most of the secrets.

Camuncoli doesn’t draw everything, but R.B. Silva is just fine as a replacement penciller, sharing Camuncoli’s ability to move the eye across the page at a fair pace, and to open the layouts into great pin-ups.

Anyone who knows Spider-Man’s history knows exactly what Slott is playing with, and as one story path leads into The Clone Conspiracy, that title offers a further big clue, as well as threatening to undermine developments revealed in this book. The last time clones featured to any great degree in Spider-Man was the 1990s, and hindsight has designated that period pretty well the worst in Spider-Man’s history, so Slott deliberately re-entering the territory is a statement of confident intent. Before Dead No More is thrilling.