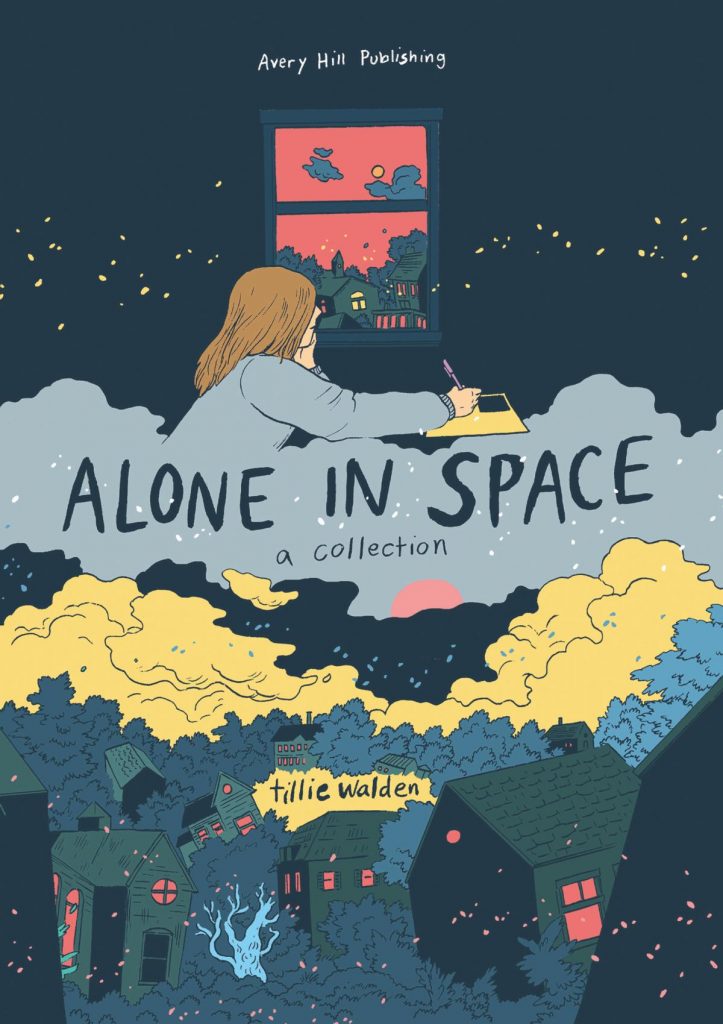 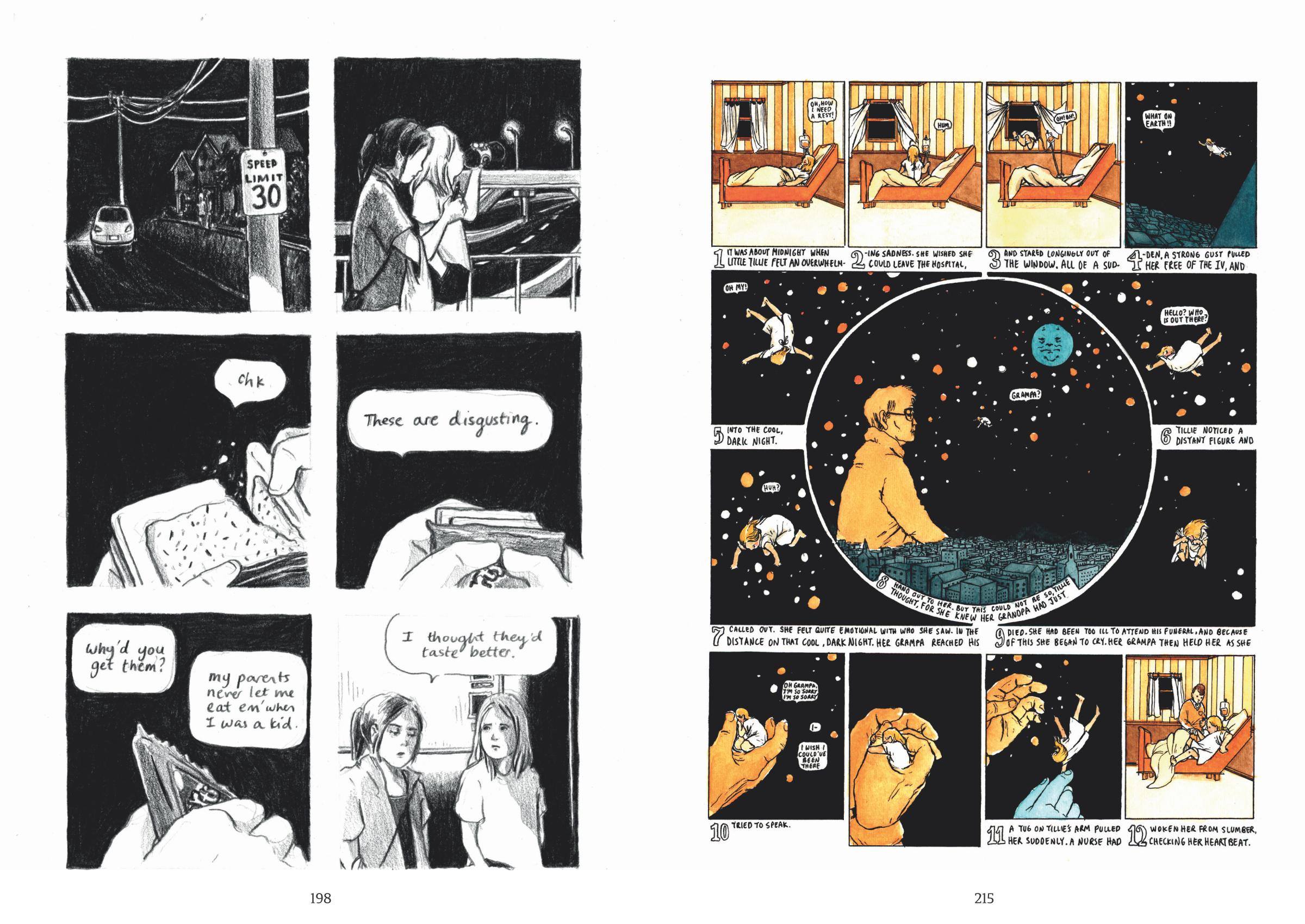 Tillie Walden was nineteen when her graphic novel The End of Summer was released to almost universal acclaim. Two years later she picked up an Eisner Award for the autobiographical Spinning. This is noted by way of establishing credibility. Otherwise a compilation primarily consisting of a creator’s work completed before they were twenty might raise eyebrows at the very least, or be considered something for devotees only.

Before that work, though, there’s a reprise of previous glories. We’ve previously reviewed The End of Summer, I Love This Part, and A City Inside and would recommend them all. Follow the links for more detailed reviews, but collectively they show how effortlessly Walden switches between styles and moods, and they provide a heavy-hitting appetiser.

If there’s any thought that the developmental steps taken by Walden are only of interest to her fans, that’s dispelled by the heartbreaking earliest strip ‘Glare’. Walden’s introduction comments on how bleak it is, but from the clever duality of the title onwards it’s excellent, emotionally strong, well drawn (sample art left) and with smart foreshadowing. It’s naturalistic and resonant in dealing with teenage feelings and perceived betrayal.

The better graduates from the Centre for Cartoon Studies will look back on their learning work with trepidation. If any convincing about Walden’s talent is needed, though, it’s there in an assignment that not only has the ambition to take the graphic splendour of Little Nemo in Slumberland as inspiration, but manages an effective and touching pastiche. Other ideas are nascent, and while individually fine as brief interludes, work more efficiently incorporated into the longer narratives presented earlier in the collection.

Where Walden is strong from the earliest strips is in embracing mystical realism. Her stories can seem to take place in a real world, but this idea will be dispelled by subsequent events. Yearning is a frequently employed theme, and Walden will also centre stories on abstractions such as as escape or heat, yet these are fundamentally accessible. Another valuable technique learned early is enveloping feeling in allusion, and whether through encouragement or inclination there’s a constant toying with approach, the art varying from strip to strip.

It’s likely to be the case that a significant percentage of Alone in Space’s buyers have previously bought at least one of Walden’s previous graphic novels, so it’s pleasing that roughly half the collection is work gathered from hither and yon. That even those buyers are unlikely to have seen much of it means this is value for money, and it’s also a universal selection, something that can be given to people who don’t generally read comics, because Walden is such an instinctive communicator. All in all, what a bargain.