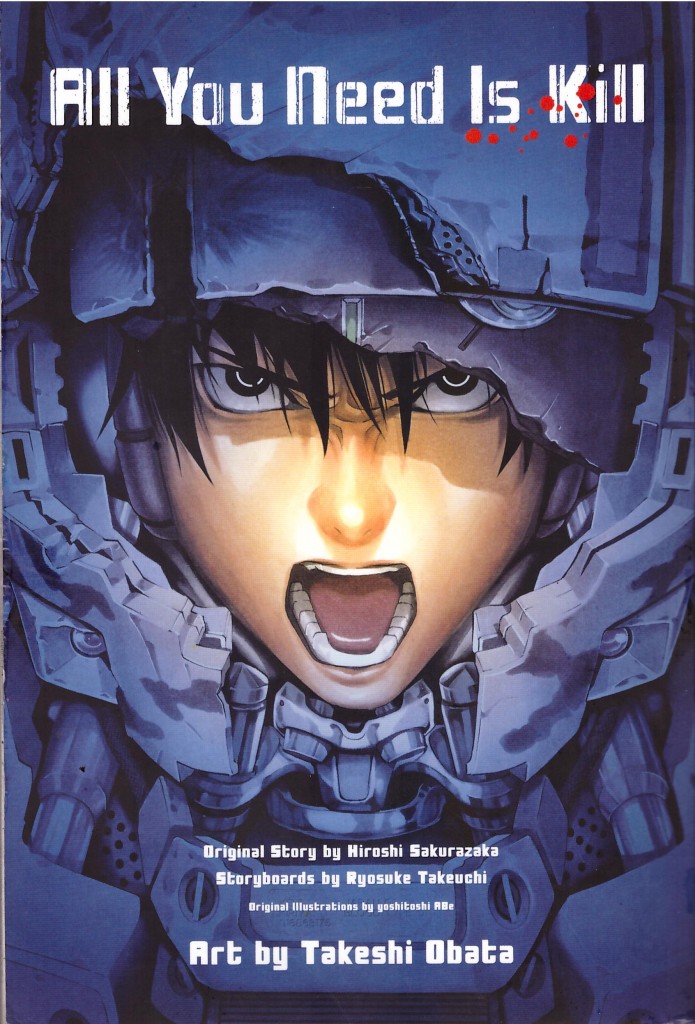 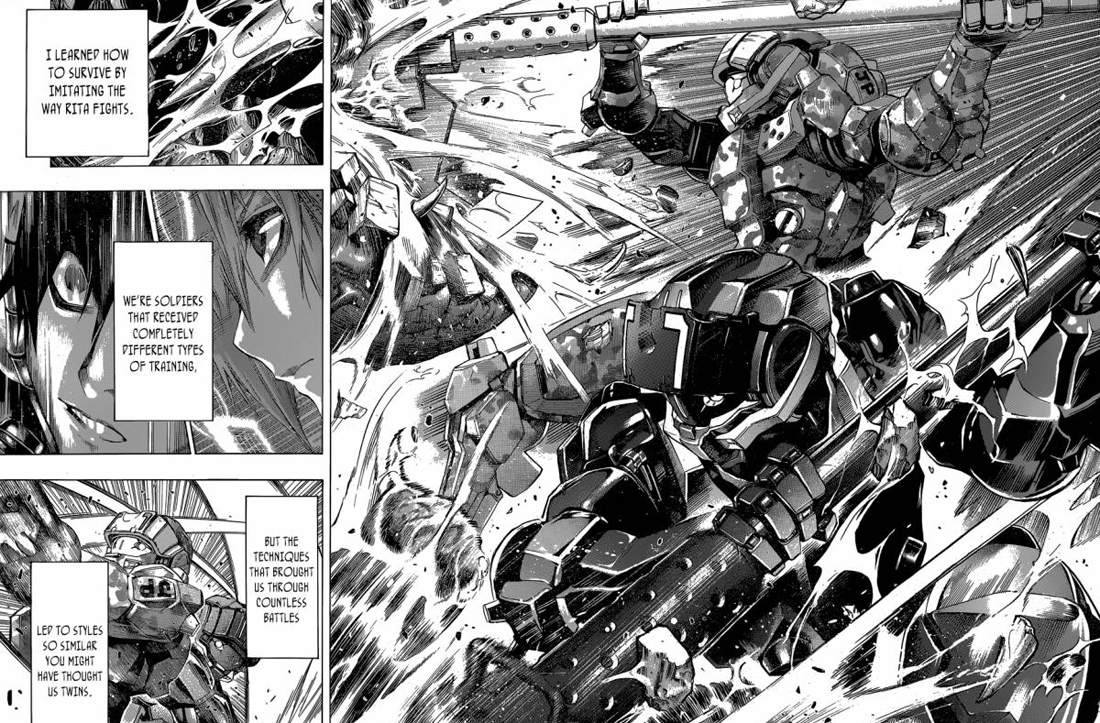 Mixing the premise of Groundhog Day with the familiar manga topic of humans in battlesuits fending off aliens has all the makings of a blockbuster, and indeed was filmed starring Tom Cruse as Edge of Tomorrow (or sometimes as Live, Die, Repeat), but it rather stalls at the starting gate.

Keiji Kiraya is a soldier we first meet on the morning 24 hours before he’s due to go into battle for the first time, pitting his skills and the protection of a battlesuit against invading aliens known as Mimics. He dies pretty quickly, but wakes up on the same morning. And does so again. And again. Once he’s ascertained this is going to be a recurring feature of his life he determines to change his destiny. After all, as Bill Murray discovered, if you’re repeating the same day down to the smallest detail for everyone else, an awful lot can be learned.

Presumably taking his cue from Hiroshi Sakurazaka’s original novel, adapter Ryōsuke Takeuchi keeps the focus almost exclusively on Keiji. We come to know him more and more as the pages turn, and the progresses from fearful and timid to battle hardened and capable is well detailed. Rita Vrtaski is introduced early in the book as a figure of reverence, but her importance is only disclosed around the halfway point, along with her backstory.

As is displayed by the sample page Takeshi Obata can produce a fantastic page of action art. Everything is excellently drawn, and there’s no shortage of detail to the battle suits or the invaders, but the intimacy that served him so well on Death Note drags the thrills from All you Need is Kill. Obata reduces everything to small moments when the scope cries out for a few panoramas that move the viewpoint back a little to show us these massive battles between soldiers in super suits and decidedly odd aliens. It’s a welcome relief when halfway through the book a sequence forces a change of scenery. It’s likely the Mimics are designed from descriptions in the source material by the novel’s illustrator Yoshitoshi Abe, who receives a credit, and they’re good, convincingly alien, imposing and strange. Obata’s strength is character. When eventually needed he brings the big emotional scene to life, and the way he progresses Keiji from innocence to world-weariness is exemplary. If only there were some spectacle.

Although the work establishing Keiji is effective, the plot only really comes to life around three-quarters of the way through the book, by which time the revelations have occurred. These set up a suspenseful finale with a seemingly inevitable outcome, and it finally provides the tension lacking for much of the remainder.

The concepts behind All you Need is Kill have a hook, and it’s easy to see how the action would transfer to a movie screen, but this cries out for someone prepared to be more adaptable with the art.