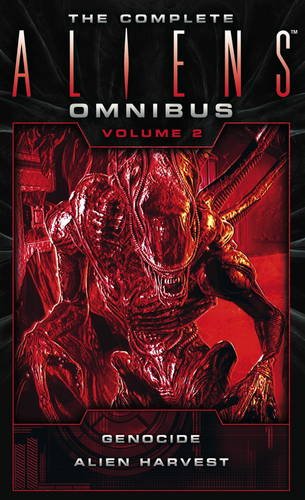 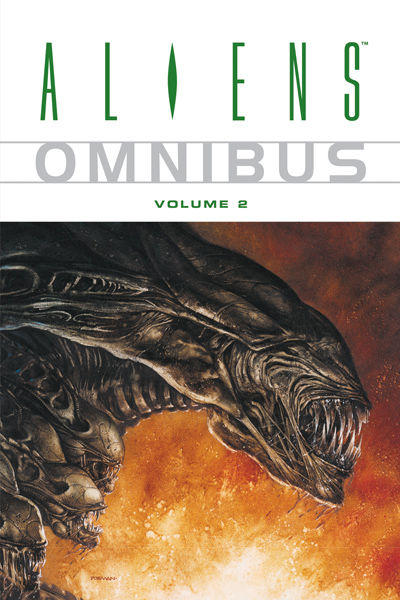 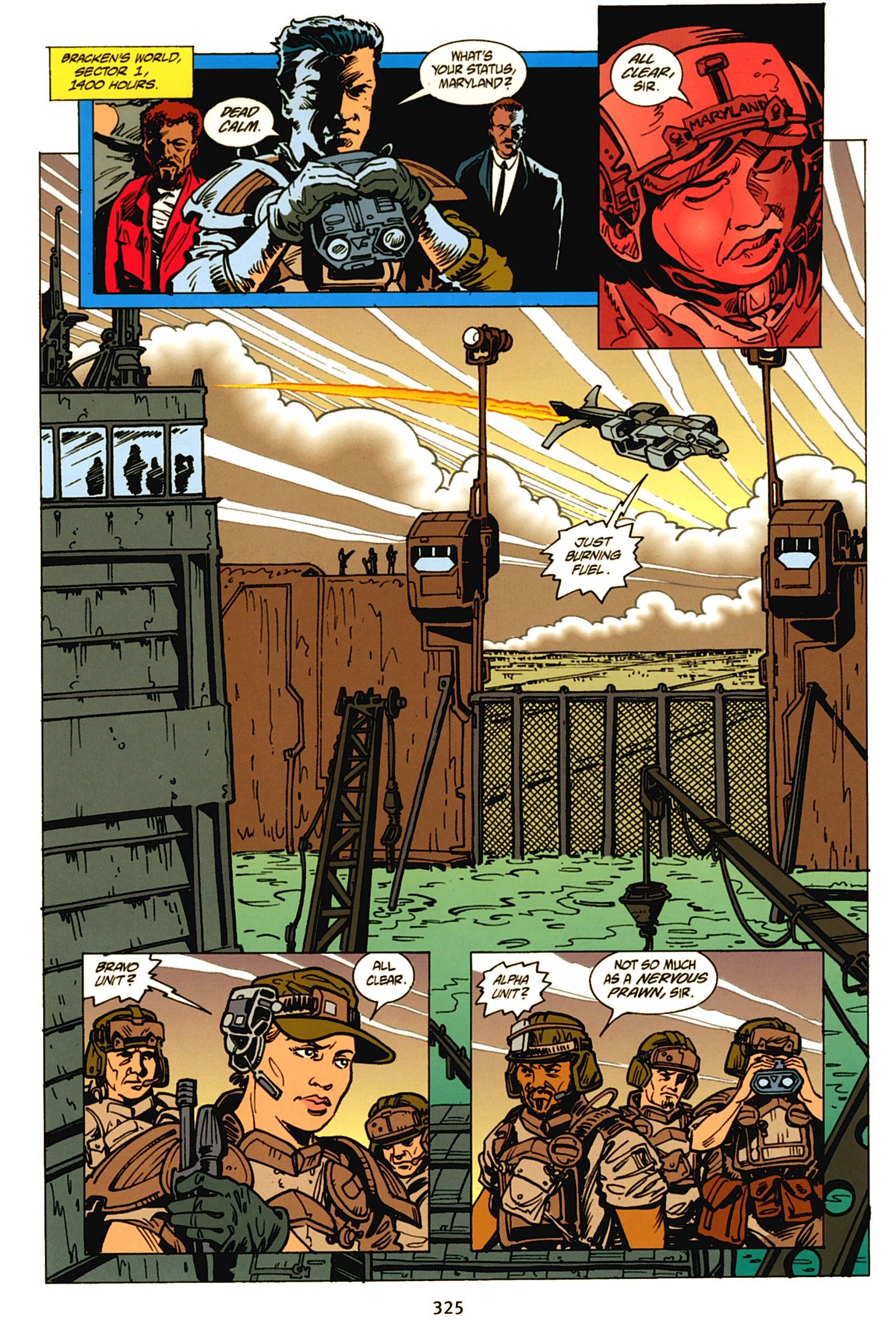 As with the previous Omnibus, this is a bulky 400 plus page collection of Aliens material in a size midway between pocket book and standard graphic novel.

The longest component had never been previously reprinted in book form, but despite occupying over half the book, Colonial Marines is also the least compelling. There’s a classic piece of Oscar Wilde bitchery noting a play as both clever and original before qualifying his comment by claiming the clever portions weren’t original and the original sections weren’t clever. It’s not too great a stretch to apply that to Colonial Marines. We’re presented with a cast of screw-ups in last chance saloon on a dregs mission, with the readership well aware that the progression of these stories is that few will survive. They’re a generally unlikeable bunch, surly, keen to pick on each other and every one has a smart mouth.

Far more interesting is a slimy corporate representative who knows more of what’s going on than he’ll reveal, and a ten foot android programmed only to react when certain thresholds have been reached due to his substantial value. The android does have a shining moment, but the corporate shill is wasted.

There are three segments feeding into an ongoing plot, each involving a different writer, penciller, and form of alien, although layouts from Paul Guinan throughout provide some consistency, and he designs the cast well enough to be recognisable under the interpretations of Tony Akins, Allen Nunis (sample art) and John Nadeau. None are bad, but neither are they spectacular, and the scripts of Chris Warner, Kelly Puckett and Dan Jolley do provide the opportunities to excel visually.

If Colonial Marines was always intended as ten chapters it’s awkward, with characterisation uneven, convenient cameos that go nowhere, and a rushed ending, but that could be due to the original series being prematurely curtailed.

Harvest and Genocide precede Colonial Marines, and both have a quest for the alien queen’s royal jelly as their plot propellant. More detailed reviews can be found under the individual titles, but in brief, Harvest, originally titled Hive, has the best art of this collection, with Kelley Jones creating a consistent tension via his impressive use of shadow. Jerry Prosser’s plot begins well with an exceptional engineer conceiving an ingenious plan to gather the royal jelly. Sadly that only occupies the first half of the story, which is then stretched out beyond even Jones’ ability to sustain interest.

Mike Richardson and John Arcudi’s plot has a greedy pharmaceuticals manufacturer enlisting the aid of marines to acquire royal jelly. Several plot items keep the pages turning, but things fall apart at the very end, where a villain of the piece is seemingly all too easily deterred. He then hangs around for a few panels, before springing back into action. Damon Willis is an otherwise decent artist whose panels are too cluttered and has problems with realistic facial expressions.

For Aliens fans who’ve not already bought Genocide and Hive this is a value for money package, but anyone considering laying out the list price of $24.95 for Colonial Marines alone might want to think again.