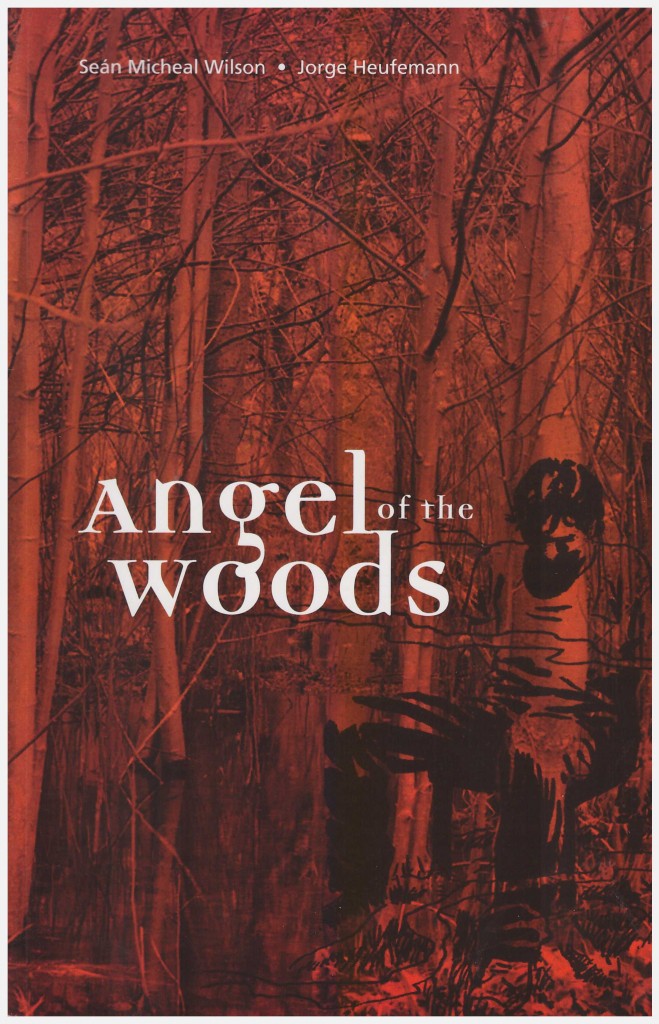 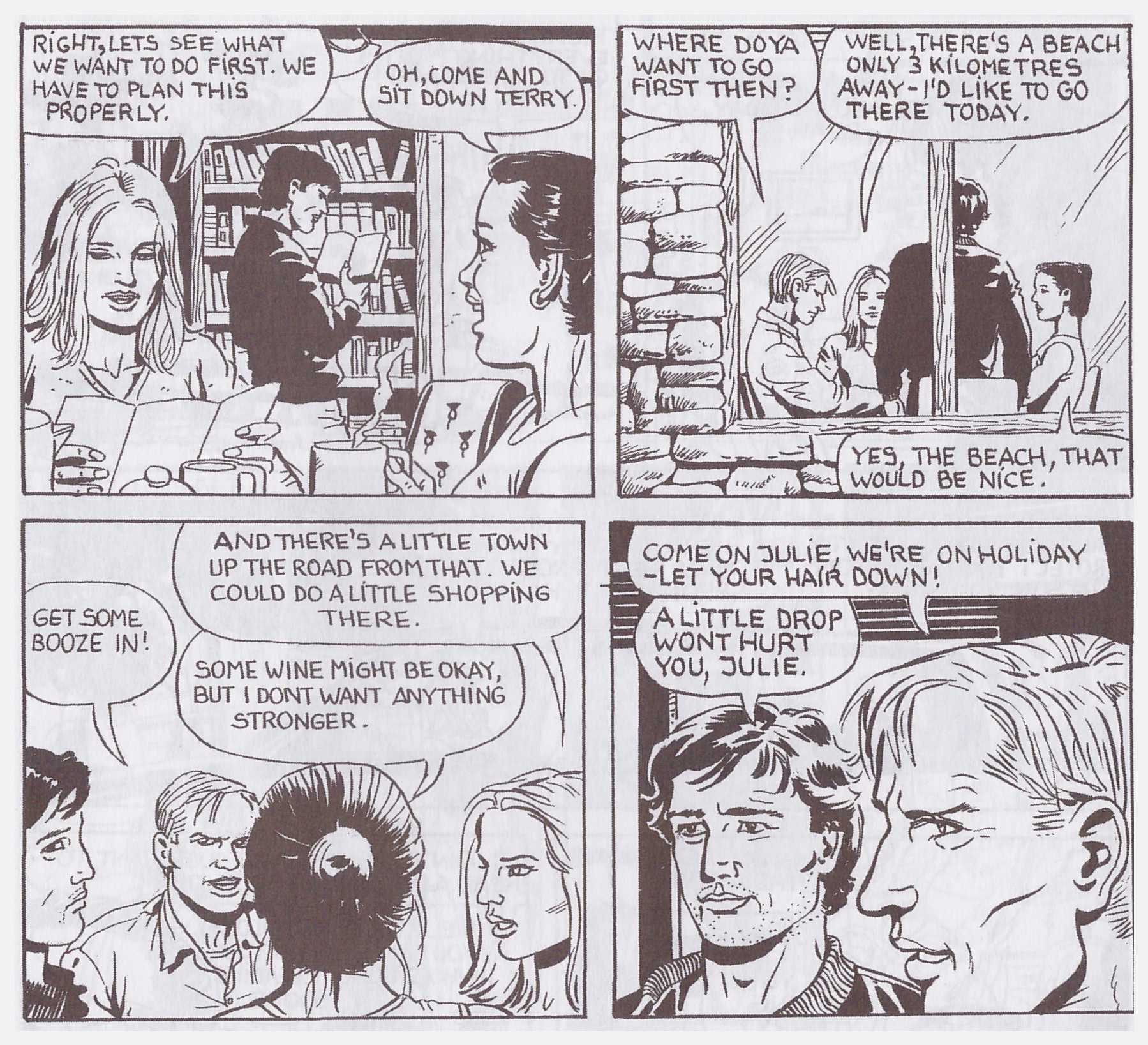 Just like Terry within, Angel of the Woods possesses the spark of something decent mired in mediocrity. Some ill-advised blank verse introduces the story of two couples arriving at their rural holiday home. Colin is a bit of a dick, but Fiona loves him anyway. Terry is more thoughtful and considerate, but neither he nor Julie is certain he loves her. Julie’s misgivings about the location are hardly assuaged when she encounters an odd creature in the woods nearby, and a meeting with an eccentric and portentous junk shop owner fails to lighten the overall mood.

Writer Sean Michael Wilson has improved since this 1998 effort, but the signs are here. The early expectation that this will follow the horror movie template is exorcised, and what actually occurs is far better, if ethereal and presenting the message of the story in a hardly subtle manner. Wilson’s major failing, though, is dialogue. When the best of it is the oblique statements of a shaman character then there are problems. The remaining cast speak in exposition, constantly naming each other in case we forget.

Neither is artist Jorge Heufemann close to the finished article at this point. He has the talent, but hasn’t reached professional level, and there’s a marked deterioration into sketchier panels as the book continues, presumably as deadline pressure took hold.

The book closes with a pair of bonus two page strips by other artists in which Wilson’s musings are illustrated. Sadly, neither has the poetic wonder he intended. As Edmund Blackadder once put it “They started badly, tailed off a little in the middle and the less said about the end the better.”