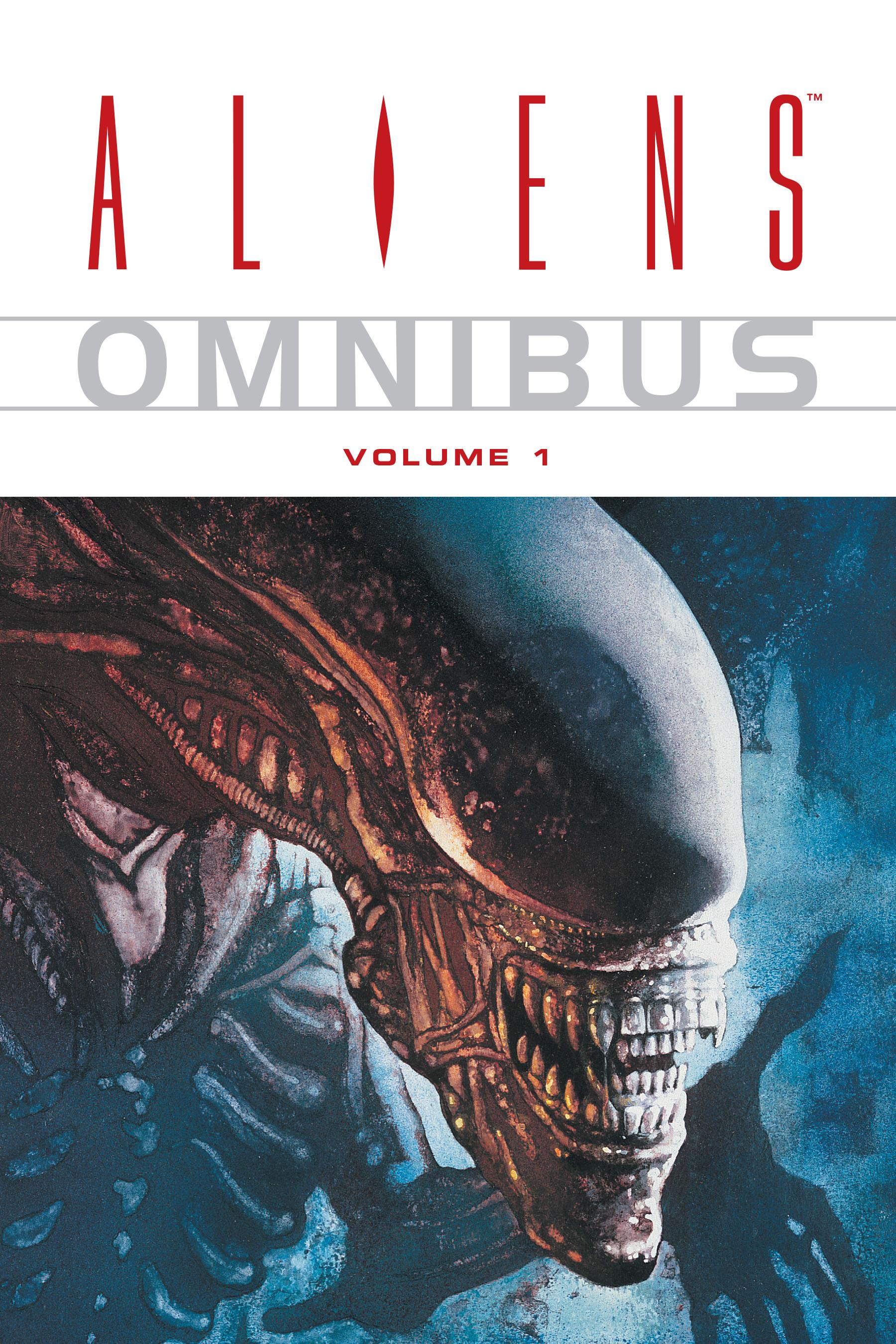 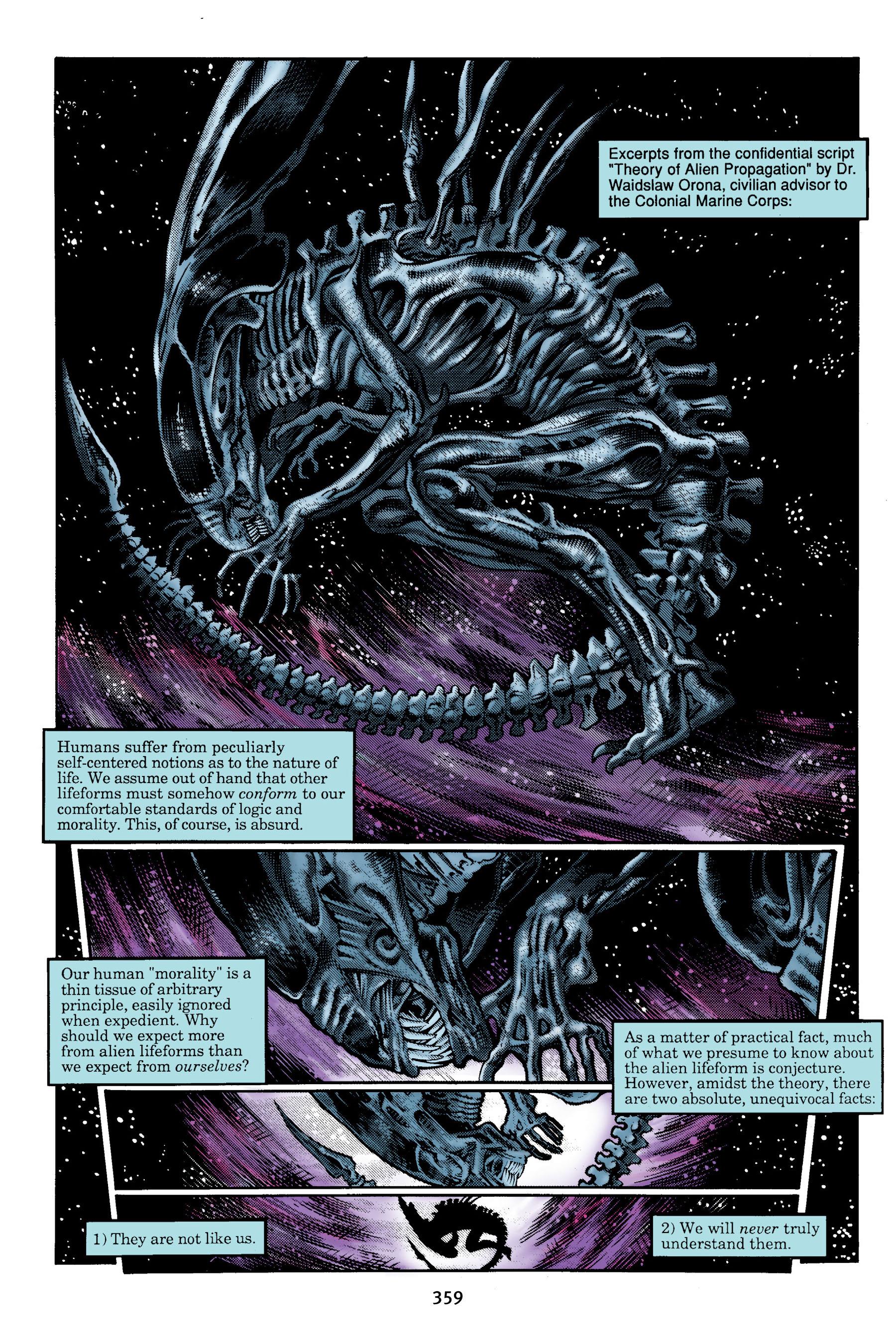 In the 1980s the worth of comics featuring licensed properties had rather fallen into disrepute. Offerings from the established comics companies provided neither quality nor originality when it came to material featuring characters adapted from other artistic forms, and Dark Horse spotted a gap in the market. While not everything they produced was pure gold, at the very least they set the baseline quality threshold far higher, and this began with the Aliens franchise.

This collection offers over 350 pages of story content, reprinting their first three Aliens stories, all written by later Battlestar Galactica and Heroes producer Mark Verheiden, along with a couple of shorts. Fans of the artists might be disappointed at the slightly smaller than standard page size, but it’s a value for money product.

There’s been some changes to the content as originally published, as these stories focussed on Hicks and Newt, picking up their continuity from Aliens. The release of Alien 3 several years after Verheiden’s stories took them in a different direction, so these stories are now about a scarred marine named Wilks and a disturbed young woman named Billie who number among the few to have actually confronted the aliens. For convenience, the titles, originally numerical, are now Outbreak, Nightmare Asylum and Female War.

These are characterised by three vastly differing artistic approaches. On the first Mark Nelson’s layouts are very traditional, but extremely accomplished, and he improves as the story continues. Den Beauvais’ work is brighter, and painted, diminishing the usual tension associated with the feature, while Sam Kieth’s ornate storytelling is the best here. His pages drip with suspense, but he’s illustrating the weakest segment, prioritising introspection until an exciting finale.

It’s not immediately apparent, but these three stories form a trilogy with a grand scope. Verheiden sows his seeds early in Outbreak, and when that’s concluded he’s totally shifted the scenery. The underpinning of his plots is strong throughout, with several good ideas incorporated. He’s never predictable, and his twists aren’t ever telegraphed. Outbreak is the strongest material, with the remainder sometimes drifting too far away from the core plot, and incorporating elements of seeming significance that just evaporate.

The final two shorter pieces haven’t previously seen book publication, and are the transition between Verheiden’s scripting and that of John Arcudi, who’ll progress to writing Genocide, available in the second Omnibus collection. Verheiden’s ‘Theory of Alien Propogation’ is a both a showcase for Nelson’s fine alien studies (see sample image), and a theoretical paper on how the Xenomorphs’ society is constructed and propagated. It’s slim, horrifying and memorable.

In ‘The Alien’ Arcudi picks up on a character from Verheiden’s stories forgotten as he concluded the trilogy, and follows up on the situation of an occupied Earth. Newt/Billie’s diary has fallen into the hands of the military in a space station orbiting Earth. Tony Akins illustrates, and it’s all competent but undistinguished. 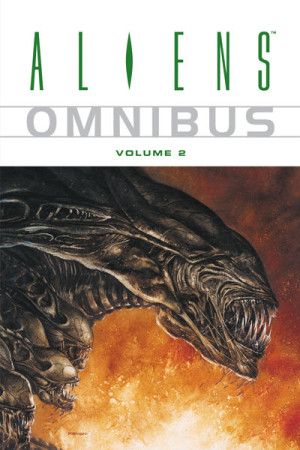