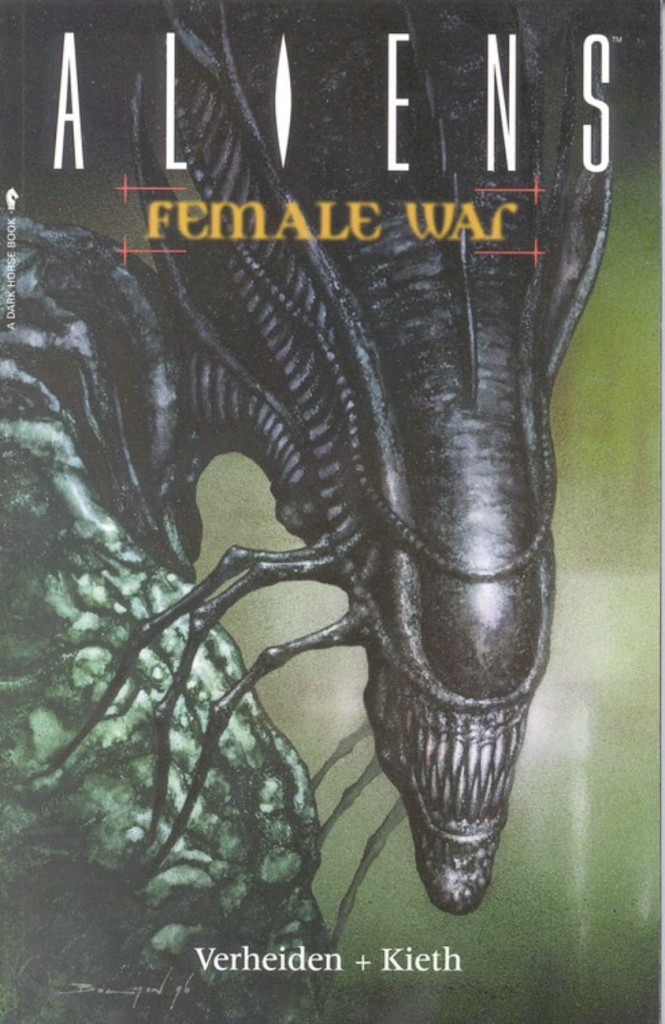 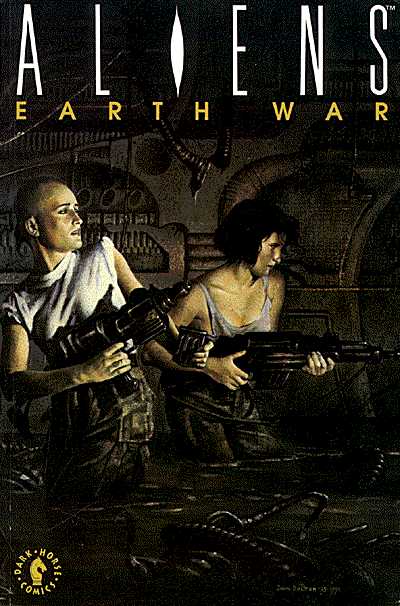 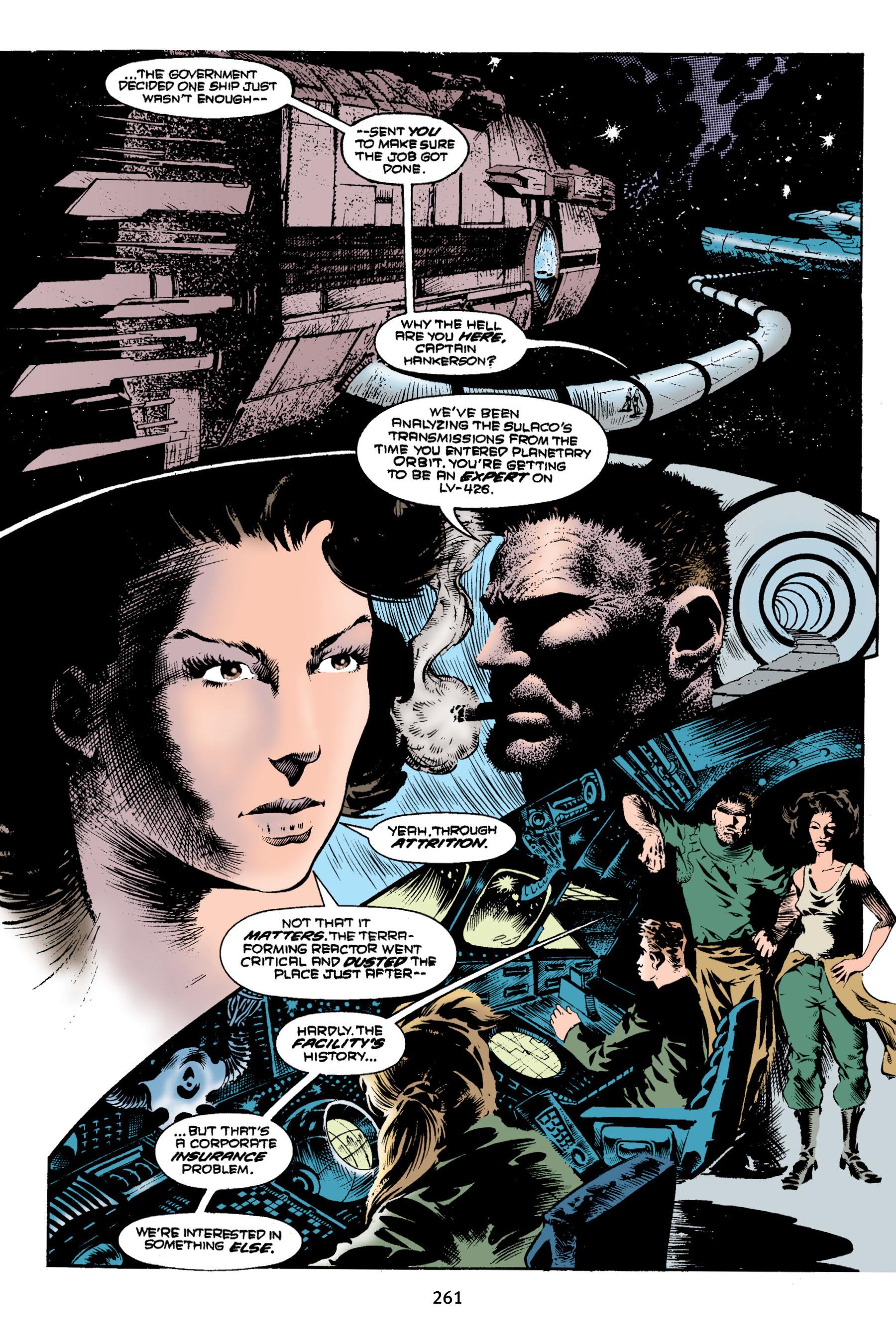 Mark Verheiden’s impressive Aliens trilogy concludes with another change of artist as Sam Kieth illustrates the finale. His loose line and exaggeration differs greatly from the styles of his predecessors, but he’s the best at setting the gloomy mood and atmosphere in which the tension so essential to a decent Aliens story thrives. He also really goes the extra mile in providing decorative panel frames and layouts. It’s relatively early in Kieth’s career, and his influences are apparent, particularly Steve Bisette, a look he’d later shed, but, again, here it’s ideal in establishing a creeping horror. He’s a little weaker with the primary cast, who’re all glamorised, with Wicks’ previous scarring almost reduced to a blush, but Kieth’s marine equipment and uniforms are fantastic.

An extremely surprising character emerged on the final page of Nightmare Asylum, and their presence and experience is pivotal in propelling a story whose thrust is repelling corporate greed and ignorance and freeing Earth from alien occupation. This is delayed by an excess of introspection on the part of the two main female characters, both of whom have a vague telepathic connection with the Xenomorphs. That’s critical in conceiving what’s an ambitious plan that Verheiden sets in motion.

There’s an awkward character mix here in the revised version. As the later movie Alien 3 contradicted Verheiden’s material, what were Hicks and Newt became Wicks and Billie in later editions, but the arrival of Ripley and her familiarity with them undermines the changes.

Earth War was the original title of this graphic novel, but Female War is more representative, a clever title with a dual interpretation. The plot underpinning it is solid, but Verheiden extends it too far, and the writing is uncharacteristically leaden in places. As the conclusion approaches, though, he ratchets up the tension with regard to both the primary mission and Billie’s sideline.

The end of the book concludes Verheiden’s Aliens trilogy, all of which is collected within the first Aliens Omnibus. That also features a brief return to the feature not collected elsewhere.