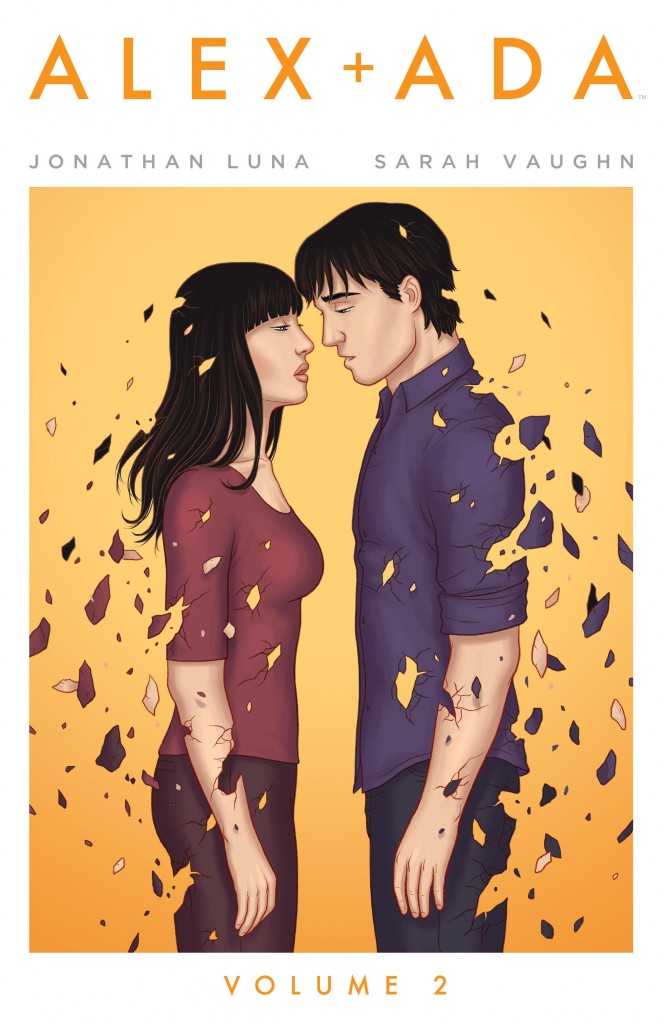 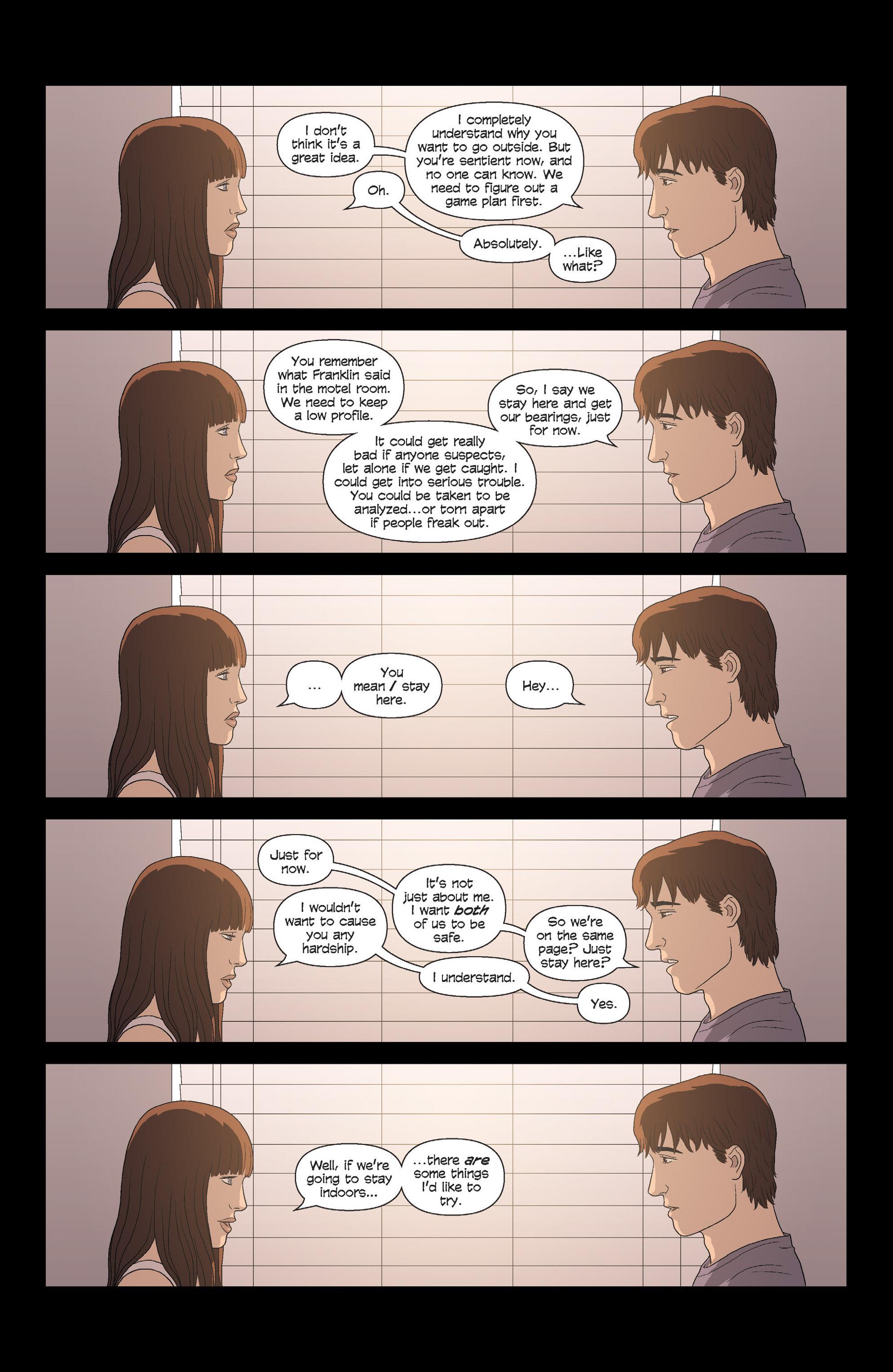 In a near future society fearful of independent artificial intelligence following a massacre a year previously, Alex has disabled protocols preventing this in Ada, whom he was given as a pleasure android. As she learns more of the world, she has to cope with the fearful reactions of some, while others assume Alex has acquired a new sexual toy. This isn’t the case. He’s compassionate and wants Ada to experience life rather than be hindered by artificial restrictions, but dealing with a natural curiosity attached to learned emotions proves complex.

What prevented volume 1 being as interesting as it might have been was the glacial pace at which the story was told, and that affliction continues. Too many items that might have fascination are buried, such as the contrast between Ada revelling in every experience while Alex is dragged down by his mundane existence. There’s rarely a happy medium, as when a topic is expanded, such as Ada considering one of her fellow androids might benefit from their restrictions being broken, the dialogue comes across as a lecture.

Sarah Vaughn and Jonathan Luna collaborate on the plot, and contrast the events of Alex and Ada’s personal life with the outside world, which is almost exclusively represented by holographic broadcasts. During the course of the book systems change, and overnight Ada is redesignated an illegal fugitive, which complicates everyone’s life.

Luna’s very keen on repetition as a storytelling device. He’ll repeat images without dialogue to indicate a pause in conversation, or echo previous images as with his cover design, and the world he creates is sterile and under-populated, never giving the impression of humanity. When characters are involved in a scene but not speaking they’re never naturally posed, and at times the graphic novel looks like a slightly more decorative version of a Sims game.

This is a story with a definite beginning, middle and end, and the conclusion is volume 3. They’re now united in the hardcover Complete Collection.