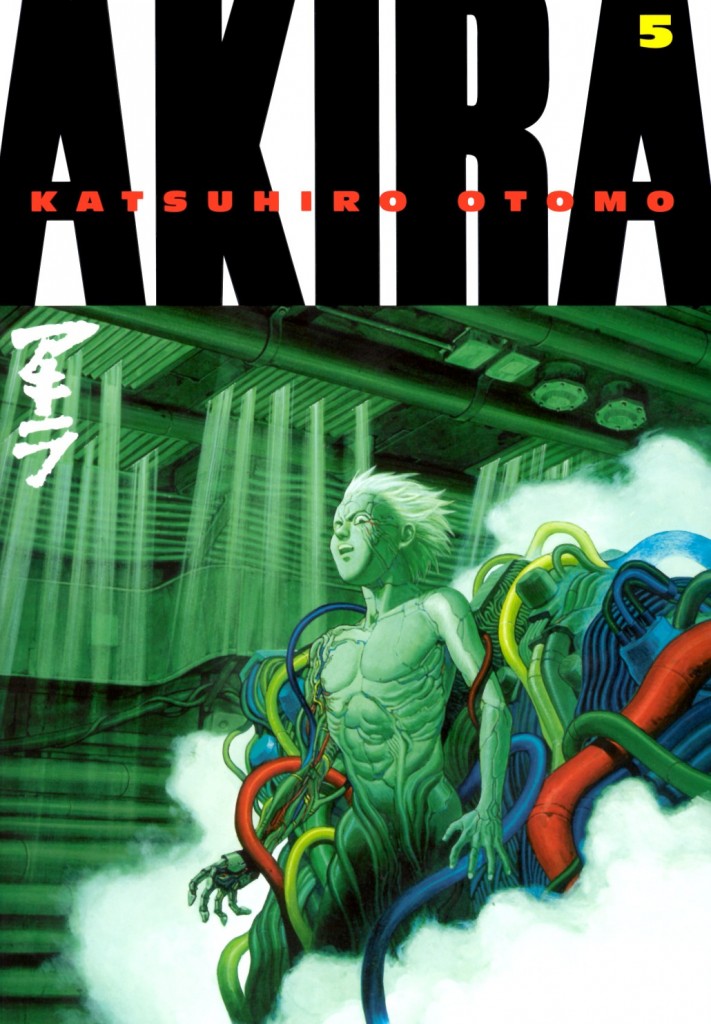 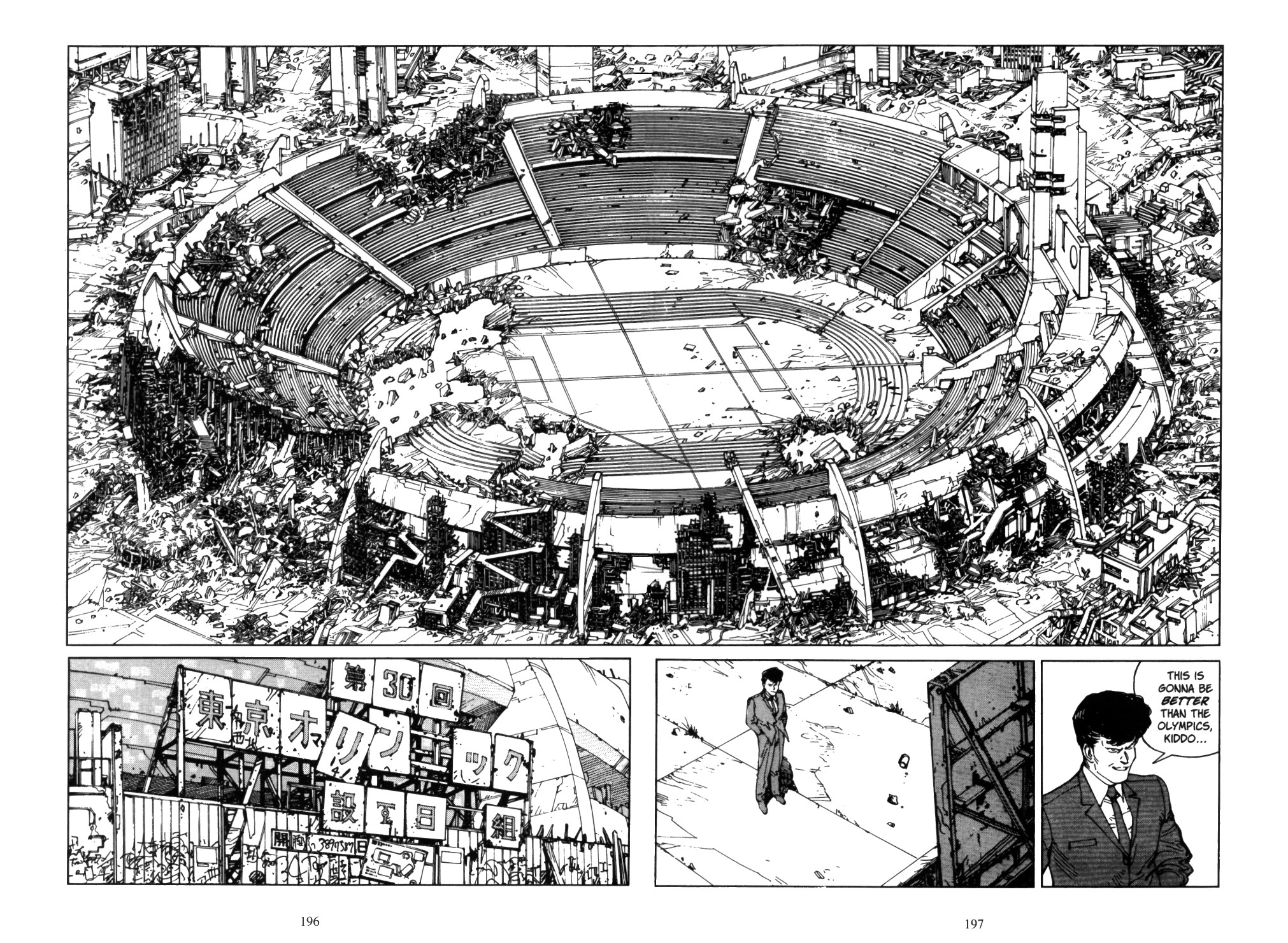 There was a big gap between books four and five while Katsuhiro Ōtomo adapted his landmark story Akira into an equally amazing high point in Japanese animated films, writing and directing the movie from his own storyboards. There seems to be a shift in style in this next chapter when Ōtomo returns to work on his manga SF epic, although it’s hard to put your finger on exactly what’s different.

Kaneda pops up again after being lost for almost the entire length of book four, and he’s more determined than ever to eliminate the menace of Tetsuo after nearly dying at his hands several times. Kei, the Colonel and Lady Miyako all have their own ways to help him do that, but they aren’t the only ones with plans. Out in the ocean nearby, an international fleet of warships carrying a Russian-American task force, expert scientists from around the world and even the Dalai Lama are gathered to find a solution to the problem of ‘Juvenile A’.

This is the longest chapter of the Akira saga so far at 409 pages, featuring many surprising and thrilling ideas delivered through more of Ōtomo’s spectacular action scenes. But there’s something a little repetitive about the chases, fights and plot complications. With so many protagonists spread over so many groups, all with their own agendas, and with a great deal of story ground to cover it’s probably inevitable that some of the action begins to repeat itself. Book five is long and it rambles a little bit, but the characterisations are as sharp as ever and you’ll be very pleased to see some friends you forgot about reappearing. There’s a definite sense of the various factions being maneuvered into place to set the stage for the final volume.

Akira continues to be exciting, unpredictable and fantastic to look at, with Tetsuo’s instability continuing to increase as the power growing inside him eats away at his personality. Only Kaori can give him the emotional connection that anchors him to his humanity… but for how long? The final part of this epic comes in Book Six. 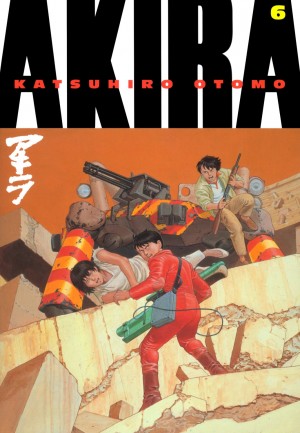