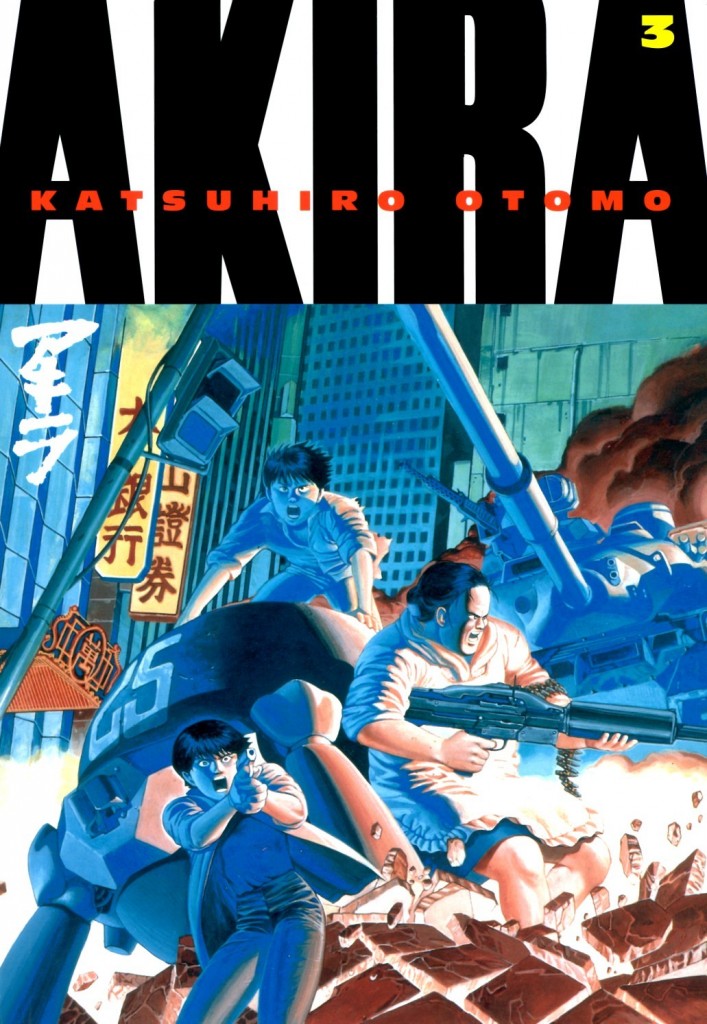 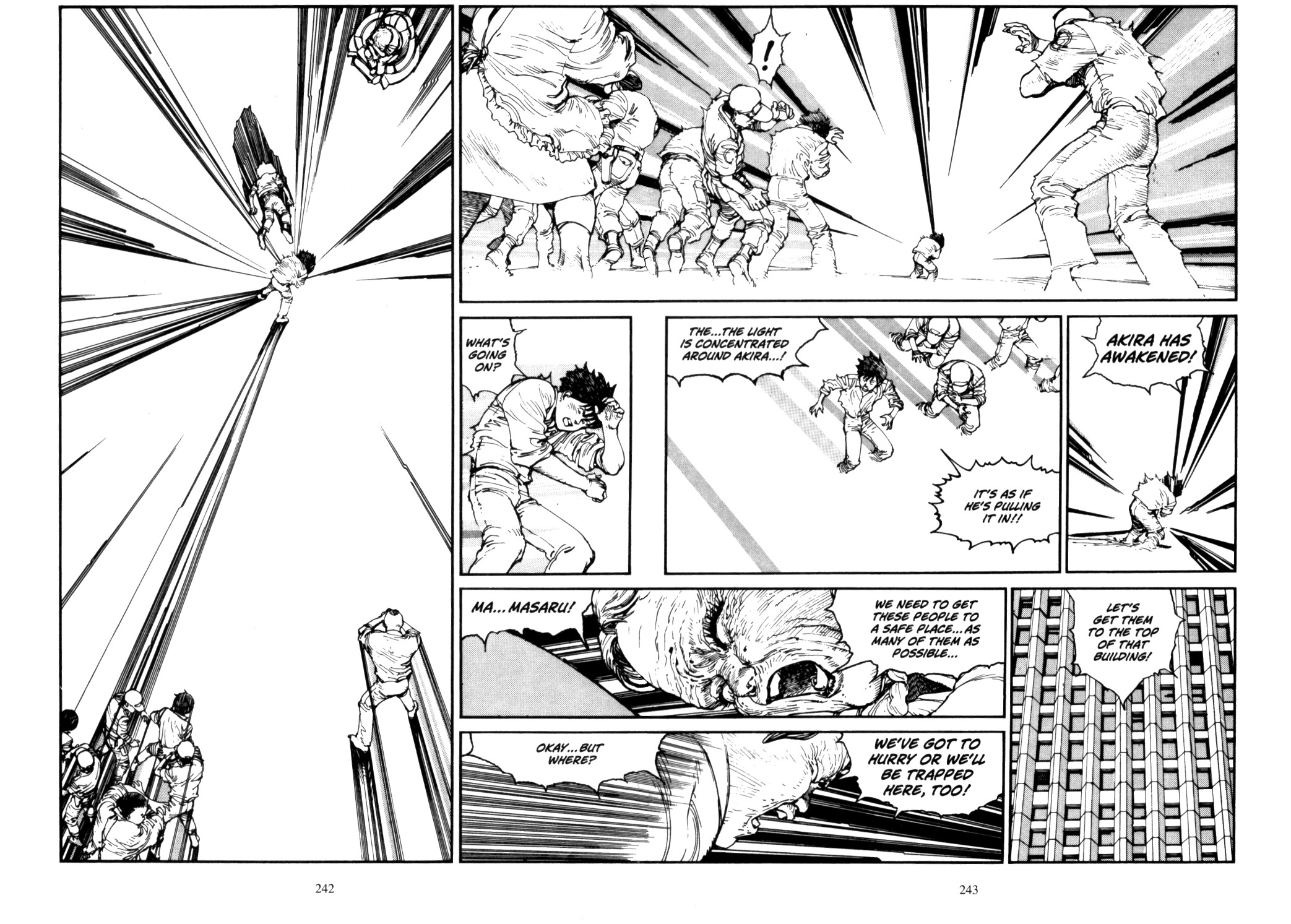 In Book Two of Katsuhiro Ōtomo’s now-legendary cyberpunk SF saga, the unthinkable happened. Tetsuo forged a trail of destruction all the way to the underground bunker at Ground Zero and awakened the sleeping Akira from his decades-long hibernation. The Colonel made a desperate last attempt to obliterate the two boys before they could act by using the biggest weapon under his control: an orbiting military satellite called SOL.

Book three is one massive wave of rising tension as everyone braces themselves for what’s coming next. Kaneda and Kei manage to find and rescue Akira in the chaos from SOL’s laser blast. Although the psychic child  has been awakened, he is almost completely inert after so many years asleep. Lady Miyako wants them to bring Akira to her before his powers are activated, but the politician Nezu, one of her ring of acolytes who has links to the Colonel and the ruling council, has his own ideas. Ōtomo keeps the action moving in a near-frantic sequence of chases, reversals and betrayals. Neo-Tokyo is locked down under martial law as everyone tries to find Akira while Kei and Kaneda try to hang onto him with the help of Chiyoko, a woman loyal to the resistance with a formidable presence as physical as the Colonel himself. A new trio of psychic girls enter the fray with powers almost as impressive as the Colonel’s three test subjects. But these three are working for Lady Miyako. Which side will win? And meanwhile, there is one other very significant question that remains to be answered: where is Tetsuo?

Akira continues to be awesomely impressive in every area of storytelling with brilliant ideas, a compelling cast, and a narrative composed of masterful set-pieces beautifully executed. This volume builds to an ending even bigger in scope than the previous book and Ōtomo’s massively detailed drawings are staggering to look at. How can he possibly keep this up? Where can he take this story next? You’ll find out as soon as you open Book Four.