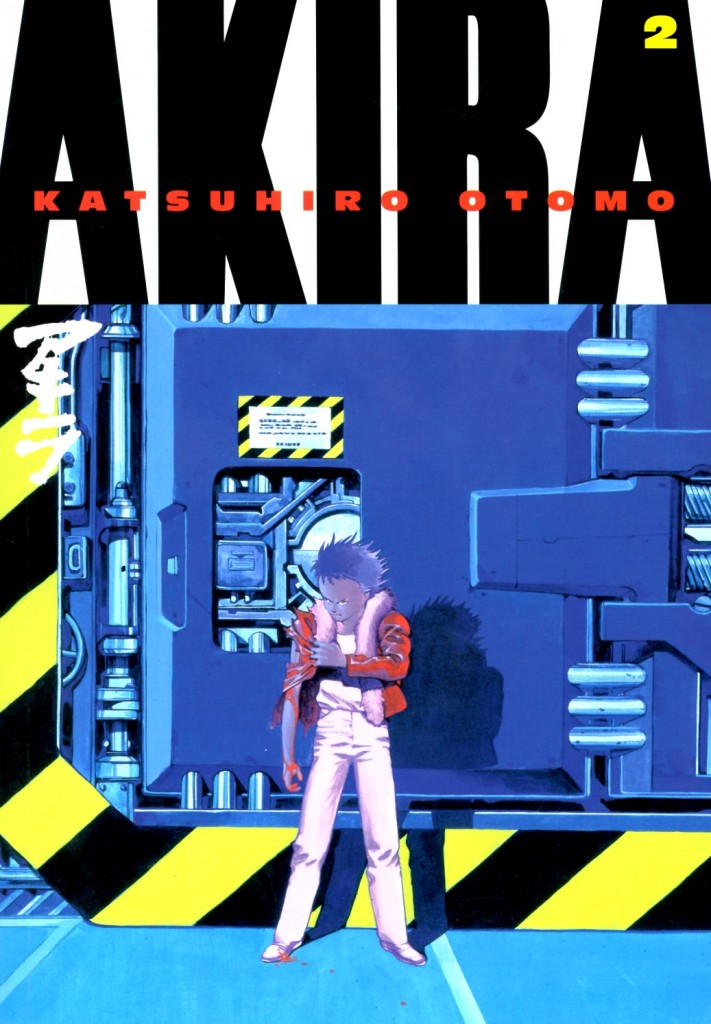 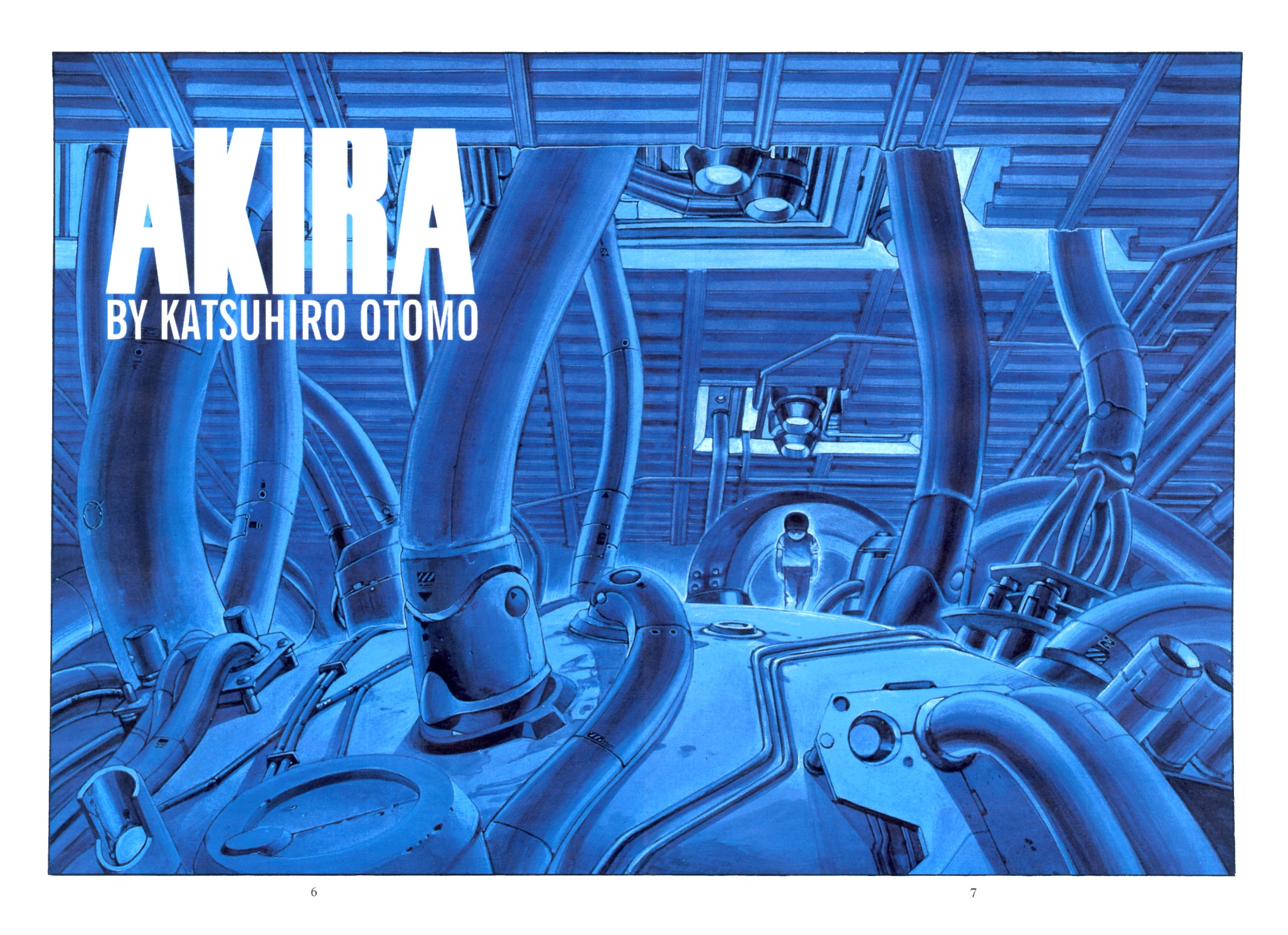 Akira‘s opening volume introduced us to Kaneda and Tetsuo, two rebellious teenagers in a motorcycle gang. At night they ride their bikes through the devastated areas of Neo-Tokyo that remain unreclaimed after the massive explosion that destroyed the city 38 years earlier. A motorcycle crash caused by a boy with a strangely aged face awakens telekinetic powers in Tetsuo, and these powers increase in intensity until he is a scarily altered superhuman, killing and destroying at will. His new powers are accompanied by agonising headaches, so bad that a desperate Tetsuo agrees to become subject number 41 in a secret military experiment to control paranormal teenagers, in return for the drugs that will keep his headaches at bay.

The boy who caused Tetsuo’s crash is another test subject, number 26, and now with two other child psychics he has to stop Tetsuo before his mental abilities grow strong enough to awaken the most powerful child of them all: Akira, number 28, whose near-Godlike abilities destroyed Tokyo before he was put into suspended animation in a high-security bunker under the city.

Katsuhiro Ōtomo continues his fast-paced and spectacular SF saga with more intricately rendered panels of explosive action, super-speed chases, complicated machinery and equally complicated moral dilemmas as the resistance, led by Ryu, infiltrates the Colonel’s military operation, urged on by the mystical Lady Miyako, another psychic who has foreseen a disaster of immense proportions occurring in the near future. Kaneda has witnessed Tetsuo’s transformation and almost been killed by him, and is determined to stop his former friend from continuing down his murderous path. The psychic children supply him with a laser rifle deadly enough to kill Tetsuo, but has the always cocky, trash-talking Kaneda really got what it takes to kill his former friend or is he just a big mouth?

Ōtomo expertly juggles his cast of misfits, mutants, outcasts and mystery men in ever-increasing spirals of plot and counter-plot as they form alliances, make plans and manipulate each other in their attempts to gain control of what’s left of Neo-Tokyo. There is a lot for the reader to keep track of in a story that barely slows down as it careens from one amazing spectacle to another. Everyone seems to have a different reason to fear Akira’s re-awakening, but they are all agreed on one thing: Tetsuo has to be stopped before he makes it happen.

Every time you think you know where this story is going, Ōtomo introduces another complication to move events in a different direction. Akira is a monumental piece of storytelling masterfully executed and this volume ends on an even bigger cliffhanger than the first. Fortunately, you don’t have to wait before moving immediately onto Book Three.