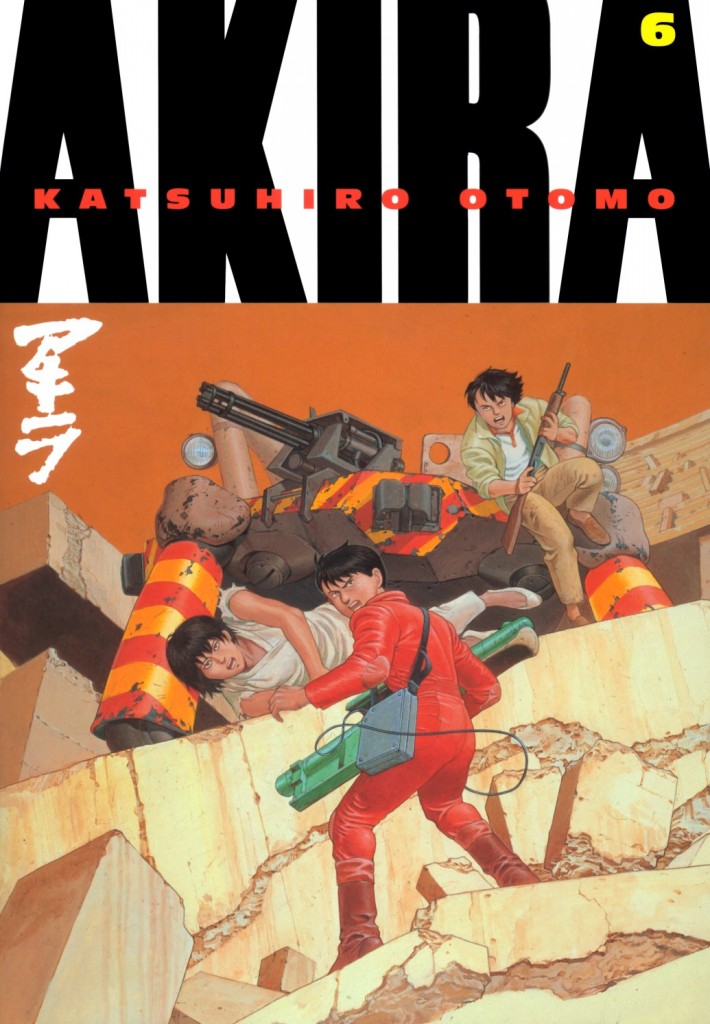 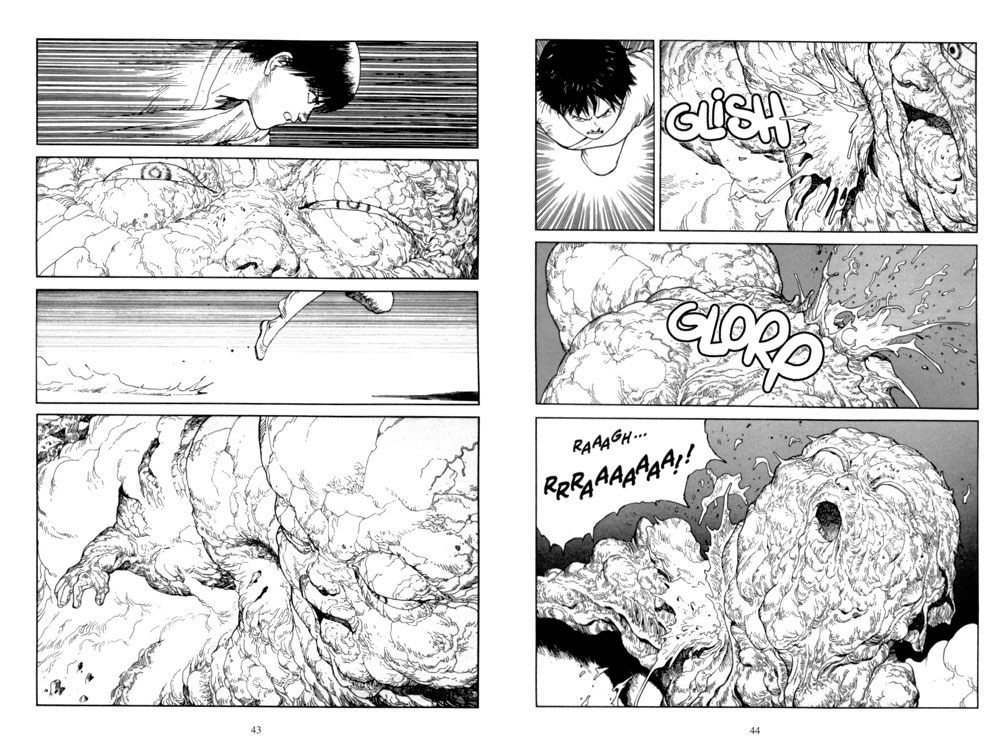 The concluding volume of Katsuhiro Ōtomo’s legendary SF epic Akira has a lot of work to do. Preceded by over 1600 pages of densely illustrated, super-speed psychokinetic battles that began with an apocalypse and just got bigger and crazier from there, it all leads up to this: the final confrontation. Tetsuo against Lady Miyako, Kei, Kaneda and the Colonel, with Akira as the unpredictable wild card who could still destroy them all in an eyeblink if Tetsuo doesn’t do it first. Book five introduced several new variables into this situation: a fleet of international warships out in the ocean sends in a task force armed with bio-chemical weapons to kill Akira, the US Army takes control of the orbiting SOL platform, and Joker gives Kaneda a military-grade laser rifle from his salvage pile.

Akira’s visual and conceptual brilliance has been almost exhausting in its complexity and ambition up to this point, with an escalating scenario of different kinds of destruction from psychokinetic abilities, but maybe more impressive is how Ōtomo has controlled the tone. Akira rarely becomes alienating or dull because there are always sympathetic characters at the heart of the action. No matter how monstrous Tetsuo becomes, we still feel a tinge of sympathy for him even as we are horrified by his actions. Kaneda is admirably loyal, quick-thinking and fearless but he’s still a bullying, irritating, loud-mouthed jerk. An interesting effect of having the story unfold on such a vast, detailed stage is the time we have been able to spend watching all the protagonists deal with each other, making good decisions and bad, having likeable moments and repulsive ones. The result is nobody is purely hero or villain, making the inevitable final conflict exciting and unstable, pulling the reader’s sympathies in several directions. Akira is too dangerous to be allowed to use his power and Tetsuo has to be stopped before he finally loses control completely, but there’s something twisted about Lady Miyako and the way she uses people for her own ends, and the Colonel’s motives aren’t too clear-cut either. It leaves us just a little unsure of whom we want to succeed, and to induce that ambivalence in the reader after all that has gone before is Ōtomo’s true mastery.

Akira fulfils its promises with an ending that’s appropriately cosmic; the clash between all the superhumans and their fantastic abilities produces scenes of quite astounding imagination before coming back down to Earth. Things aren’t wrapped up neatly but the narrative is satisfyingly resolved, an outcome which is near miraculous. The story shows its age in a few places; some of the digressions go on a little too long and you can quibble about the epilogue but thirty years since the series began, it has lost none of its power. Akira is an amazing achievement. Don’t miss it.